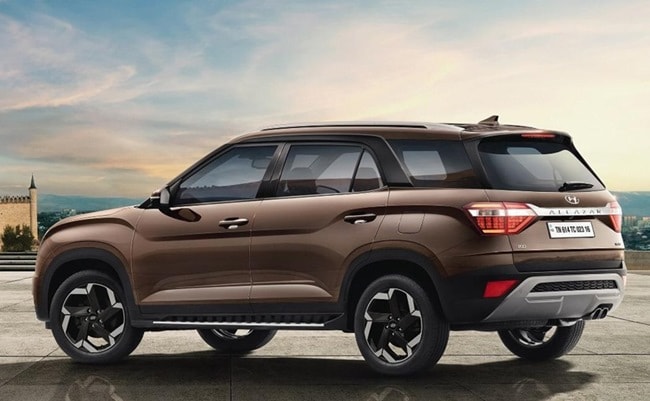 The Hyundai Alcazar is a three-row SUV based on the second-generation Creta, and according to these leaked brochure images, the SUV will come with several segment first features. The Alcazar is scheduled to launch on June 18, 2021.

The highly anticipated Hyundai Alcazar three-row SUV is expected to go on sale in India next week, June 18, 2021. Ahead of its launch, images of the SUV’s brochure were leaked online, revealing previously unknown information about the new Alcazar. The next SUV will be offered in six variants: Prestige, Prestige (O) AT, Platinum, Platinum (O) AT, Signature MT and Signature (O) AT. In addition, the SUV will be offered in a total of eight color options, including six one-tone colors – Taiga Brown, Typhoon Silver, Polar White, Titan Gray, Phantom Black and Starry Night – and two two-tone colors – Polar White. + Phantom black and Titan gray + Phantom black. 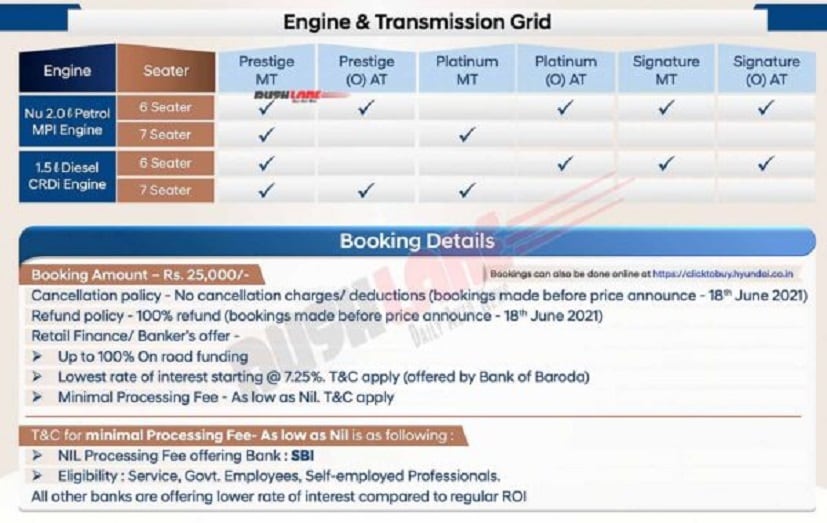 The Hyundai Alcazar will be offered in six variants – Prestige, Prestige (O) AT, Platinum, Platinum (O) AT, Signature MT and Signature (O) AT

Additionally, Hyundai has already confirmed that the SUV will be offered in 6 and 7 seater models, however, now we know which variants will get it. Customers can get the Prestige MT variants with a 6 or 7 seater layout as an option for petrol and diesel, but with Prestige (O) only the petrol SUV gets the 6 seater layout, and the diesel option gets the 7 seater layout in as standard. With the Platinum MT variants, you will only have the 7-seater cab as standard, while with the Platinum (O) AT you will only have the 6-seater cab. Likewise, the 6-seater option is standard with the Signature finish in both cases. 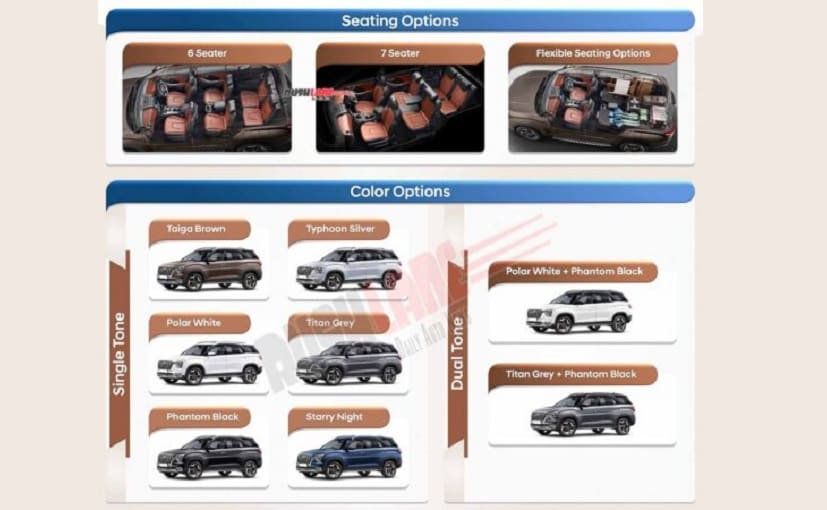 Several variants, from the entry-level finish, will obtain the option for the layout of the cabin with 6 or 7 places

In terms of functionality, the Alcazar will benefit from several unique offers in its segment, such as: a 10.25-inch fully digital multi-screen instrument cluster, a blind-viewing monitor, a wireless charger for second row passengers (6 seats), a premium Bose audio system and 64-color ambient lighting. The SUV will also get a tilt function for the second row seats, a front row reversing table, an air purifier with an AQI display. Other features include – intelligent voice-activated panoramic sunroof, multi-drive mode (Comfort, Eco, Sport), traction control modes (Snow, Sand, Mud) and a 10-inch larger instrument panel, 25 inch with BlueLink connected car technology with updated OTA card. 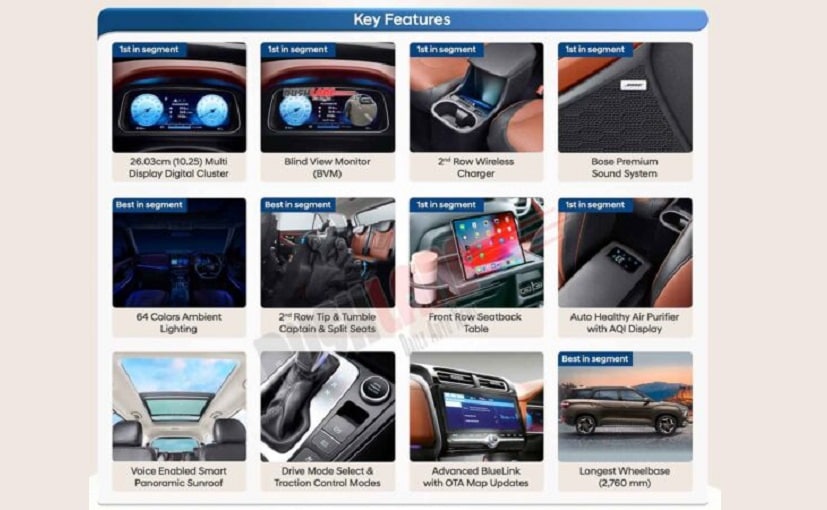 The Hyundai Alcazar will come with several segment-leading features, such as a second-row wireless charger and 64-color ambient lighting

Unlike its rivals, the MG Hector Plus and the Tata Safari, the Creta-based Hyundai Alcazar is not only longer, but it also has an extended 2760mm wheelbase, which is 150mm longer than the Creta’s wheelbase. The exterior features a new cascading grille, slightly redesigned LED headlights, and an updated bumper and fog lights. The profile is also different, the obvious reason being that it is now longer, in fact even the wheelbase has increased by 150mm, which was previously unknown in this segment. The SUV also gets a new design element at the rear, with the addition of a quarter glass, while at the rear we get new, much prettier LED taillights and an exhaust to double nozzle. 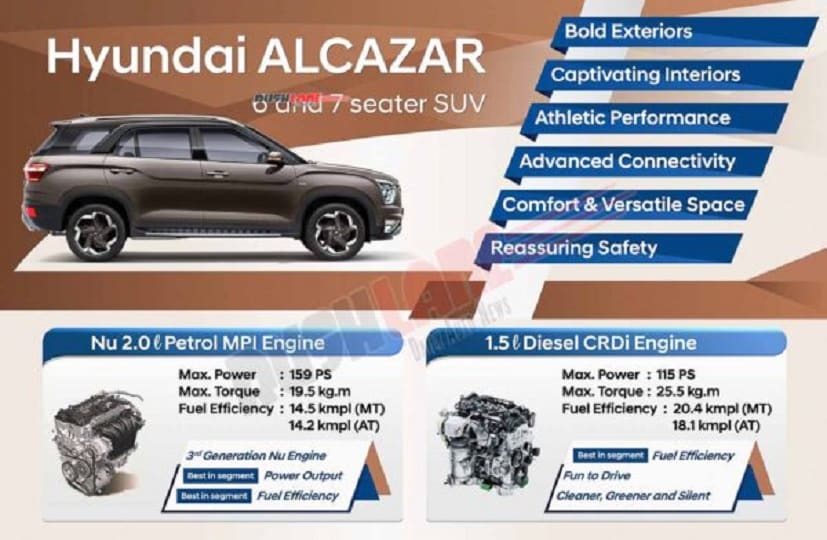 The Hyundai Alcazar will be available with petrol and diesel engines, with a 6-speed manual transmission and a 6-speed AT.

The Hyundai Alcazar will be available with gasoline and diesel engines. The petrol engine is a 2.0-liter developing 157 hp and 191 Nm of torque. The oil burner, on the other hand, is a 1.5-liter unit capable of developing 113 hp and 250 Nm of maximum torque. Both engines will be offered with either a six-speed manual or a six-speed automatic transmission.