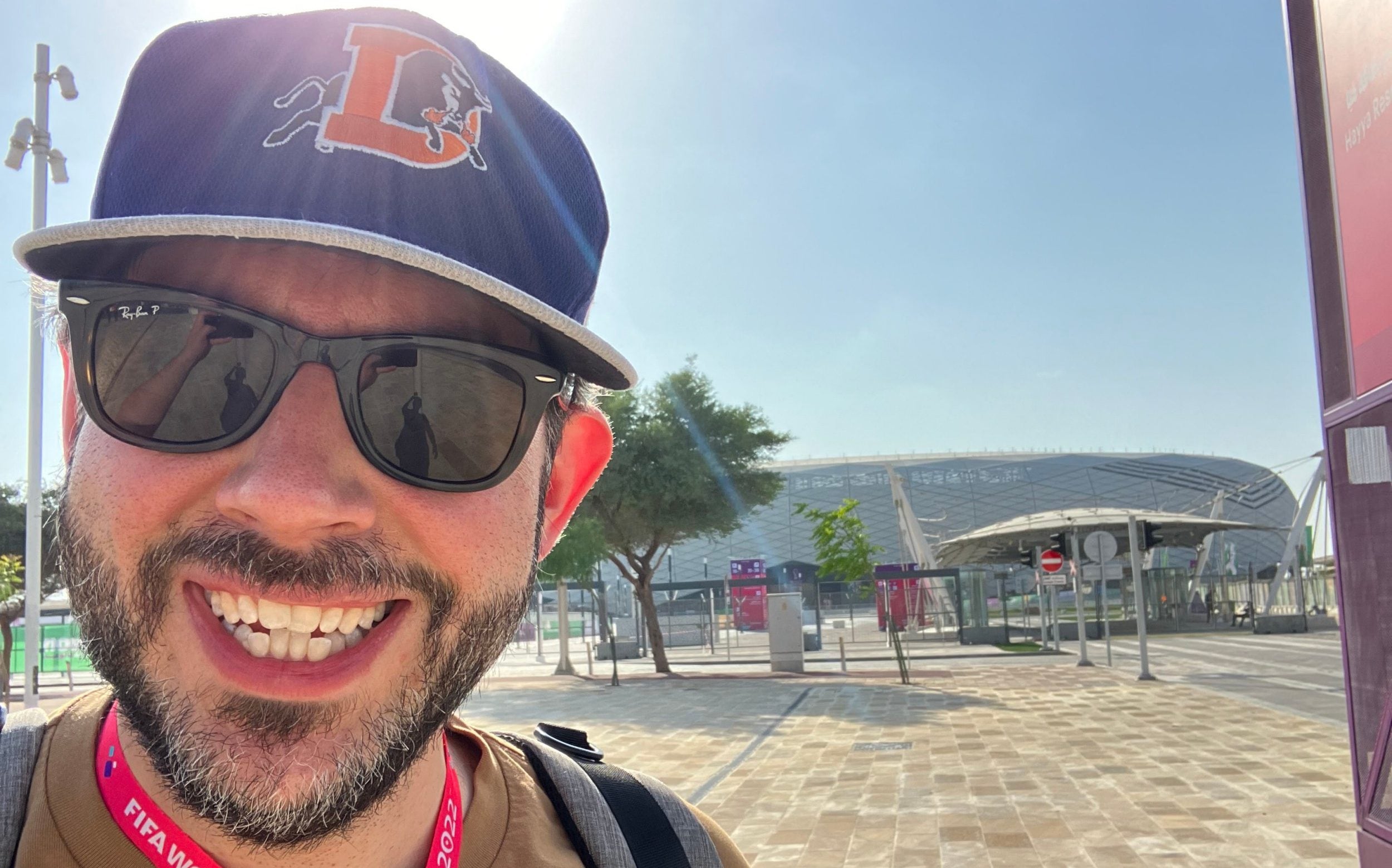 Enough messing around, it was time to mix it up with the high rollers. The Michelin-starred Nobu Doha occupies its own three-story spiral building on a headland in the Four Seasons marina. It looks like a junior Guggenheim New York.

Inside there is an imposing curved oak staircase that probably costs more than your house. Slinky deep house comes from excellent speakers. This is how the other half of the 0.1 percent lives.

Cristina Gamier led the lunch service on Friday. “People can drink anywhere in the restaurant,” she says – olé!… “But there’s a restriction on when.” Boo!

Nobu has been given a small extension of normal alcohol serving hours, usually from lunchtime to 1am. If you can afford it, you can now drink here until 2am, although Qatar’s licensing laws require you to have your ID scanned first.

Given the lack of options, does anyone come to Nobu specifically to drink? “No, people come for the food, for the celebrity chef,” says Gamier.

The evenings are getting busier as the World Cup approaches. “People are starting to book more, especially for dinner.” Do they behave? “Yes, of course.” But can they have a lager? None are available online on Nobu’s menu, and Gamier says the focus is on cocktails and sake. Nor cheap. A bottle of Cho-Daiginjo YK35 sake costs £1,038.

I ask if she has beer options? Four brands of bottles are available. I’m too scared to buy one for fear of serious abuse of the Telegraph’s expense policy.

Verdict: Some beer, but it will cost you

Now that the time is up, it’s hail-marie hour. When in doubt, head to the bar that shamelessly caters to visitors from the British Isles.

The Irish Harp looked promising and upon arrival my hopes are confirmed. It’s the size of a lavish Wetherspoons store, promisingly dark and covered in World Cup flags. Four different sports can be seen on nine huge screens. Fifteen minutes after opening, two groups have settled into banquets and even one guest at the bar is secretly smoking like it’s 1999.

My beer senses are tingling here. And yes, beer is offered. A scan of my driver’s license later, and in solidarity with AB InBev and its difficult day, I order a pint of Budweiser for 55 riyals (£12.67). Good luck!

A small admission. The Irish Harp is located in the basement of the Sheraton Grand, one of the most luxurious hotels I’ve ever set foot in. Imagine Las Vegas doing Claridge’s.

Still, the point is made, if you’re thirsty and in a pinch abroad, it’s always a safe bet to head to the place with ‘Irish’ in its name.