‘If I had found coronavirus, I would have stuffed it in Fadnavis’ mouth’: Sena MLA 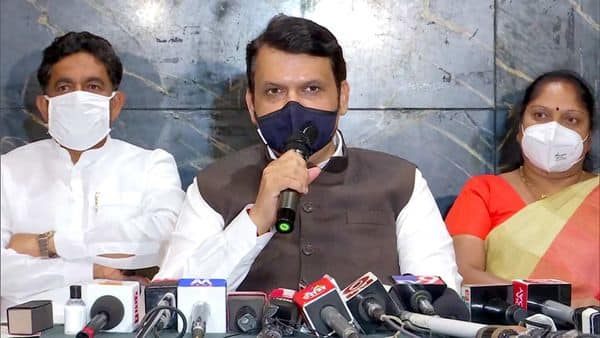 Buldhana (Maha): Amid a row over the offer of Remdesivir in Maharashtra, Shiv Sena MP Sanjay Gaikwad said he wished he could “stick the coronavirus in the mouth” of BJP chief Devendra Fadnavis, sparking protests from the opposition.

The Shiv Sena, which heads the ruling tripartite alliance in the state, targets the former chief minister for opposing Mumbai police to toasting the director of a pharmaceutical company for storing thousands vials of Remdesivir, in high demand for the treatment of patients with coronavirus.

“If I had found coronavirus, I would have stuffed it in Fadnavis’ mouth,” Gaikwad said.

Speaking to reporters on Saturday, Gaikwad, an MP for Buldhana, asked what Fadnavis would have done if he was the chief minister during the pandemic.

Instead of supporting ministers of state, BJP leaders laugh at them and want state government to fail, he said.

The Center asked Maharashtra’s Remdesivir manufacturing companies not to supply the drug to the state, he said.

Following Gaikwad’s remarks, BJP workers staged protests against him in Buldhana on Sunday and burned the deputy’s effigy.

Meanwhile, Maharashtra BJP vice president Sanjay Kute alleged at a news conference in Buldhana that MVA leaders are using indecent language against the central government and Fadnavis to deceive the state people, which is a “cheap policy”.

READ  The New Lockdown Rules: What You Can and Can't Do Today

“This matter is over for us. We will aggressively report the failures of the MVA government,” he said.

Kute said his vehicle was stoned and attacked by suspected Gaikwad supporters after the bail.

MP Gaikwad claimed on Monday that BJP leaders Fadnavis, Pravin Darekar and Chandrakant Patil had assisted the owner of Bruck Pharma who was stocking Remdesivir injections and had recently been questioned by Mumbai police.

“They (the central government) are providing Remdesivir injections in Bangladesh, Nepal and Pakistan. But Fadnavis, Darekar and Patil are creating obstacles in the supply of Remdesivir from Maharashtra,” he said.

Gaikwad demanded that Fadnavis, Darekar and Patil be held accountable for the deaths of COVID-19 patients in Maharashtra and that they be booked for sedition.

This story was posted from an agency feed with no text editing. Only the title has been changed.