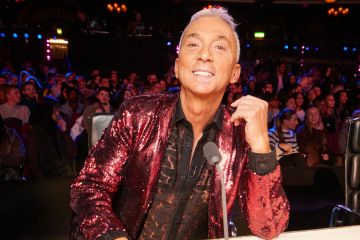 MELISSA McCarthy’s stunt double has revealed training secrets behind tricks like setting herself on fire and jumping through windows.

Lucy Romberg, aka Melissa McCarthy 2.0, looked unrecognizably off-set as she talked about what it’s like to be the star’s right-hand man during stunt scenes.

“When I go to work I set myself on fire, jump through glass windows, hang from helicopters and get shot at by cars,” Lucy told Refinery29.

Lucy said her “best day at work” is “going home in one piece”.

“Some of the most dangerous things they’ve had to do is get hit by a car.

“I have to hang from a helicopter on Spy,” she said. “The pilot was literally trying to get me off.” 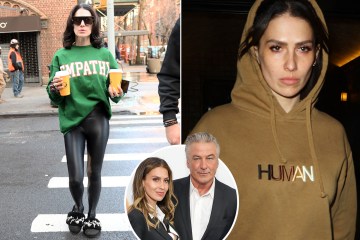 “I can’t even say it’s a dream come true because it’s so much more than that,” she said.

“I never dreamed of working with someone so talented, so loyal, so amazing, so funny.”

“We have to become the character of the person we’re doubling or it won’t work,” she said.

The stunt double works closely with Melissa on her films.

“I like to put on the wardrobe, put on all my stuff and I’m going to be Melissa,” she said.

“I have conversations with Melissa all the time,” Lucy revealed.

She will ask Melissa, “Is this funny, is that funny.”

“Anyone can fall down the stairs, but it’s up to the stunt performer to be able to do it consistently over and over again and make it look as gnarly and out of control as it gets,” Lucy explained.

Lucy was touched when Melissa put her in her contract.

“The biggest compliment you can get as a stunt performer is being put on an acting contract.

“I mean, that’s a big deal because the production has to come to you first.

“The fact that Melissa put me on her contract trusts me enough. It warms my heart more than I could ever describe,” said Lucy.

See also  Illinois’ sweeping firearms ban certain to end up in court, and some experts doubt it will stand

The stunt double showed off some safety equipment in the video interview uploaded to YouTube.

The first was a skateboard helmet that she said “literally saved my life.”

“I crashed head first into a brick wall. So if it wasn’t for this, it couldn’t have been so great.”

She also showed off what appeared to be body padding.

“It doesn’t seem like much, but I mean the impact these can have, it’s a difference between getting a bruise on one shot and being able to do 25 shots and walk away with nothing,” she said.

Lucy denounced the misconception that stunt people are fearless.

“I’m literally scared of every stunt I do,” Lucy admitted.

“You have to be tough,” she said. “You have to know that there will be times when you get hurt.”