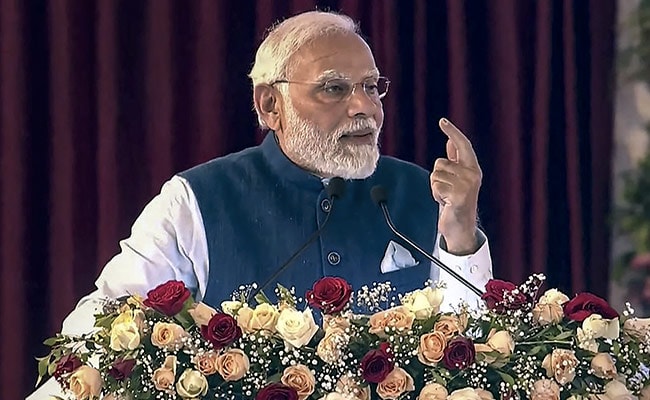 The video shows Prime Minister Modi’s speech at Barmer in Rajasthan during his campaign for the 2019 general election. “We destroyed Pakistan’s arrogance, forced them to go around the world with a begging bowl,” the prime minister says.

As Pakistan is going through an economic crisis, PTI supporters have started sharing the video clip to attack the Sharif-led government, even though the comments were made when Imran Khan was in power. Imran Khan was ousted last year after a vote of no confidence.

The video has been shared by Azam Khan Swati, former Pakistani minister and senior leader of the Imran Khan-led party, among others.

In a tweet accompanying the video, he said shame on the Pakistani government and called for regime change. Many in the comments section have also criticized Pakistan’s military, saying it has led the country down.

Journalist Naila Inayat was among those who pointed out the irony of PTI supporters who shared the clip. “The funniest thing is PTI is sharing this to tell the current government, see what Modi says about you. While the clip is from April 2019, when Imran Khan was in government,” she tweeted.

“I forced Pakistan to go around the world with a begging bowl.”

The funniest part, PTI share this to tell the current government, see what Modi says about you. Though the clip is from April 2019 when Imran Khan was in government. pic.twitter.com/dgbHqMorrl

See also  Who is Lucile Randon, the world's oldest person who died at the age of 118

Pakistan, which is facing a massive economic crisis in which foreign exchange reserves are rapidly depleted, is in talks with the International Monetary Fund and has sought help from friendly countries.

Pakistani Prime Minister Sharif recently said it is a disgrace that a nuclear-powered country has to beg. He added that seeking foreign loans was not the right solution to address Pakistan’s economic challenges as loans would have to be repaid.

‘We’re tired of being beaten’: US protesters call for justice for Tire Nichols