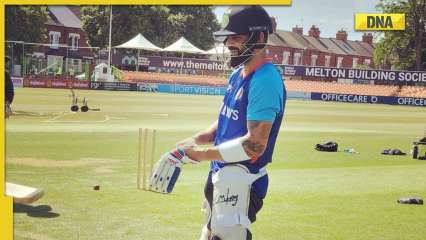 The Indian side are currently in the UK as they prepare to face England in last year’s rescheduled fifth Test match, which is due to start on July 1 in Edgbaston. This will be the first team Rohit Sharma takes on from the Men in Blue for an overseas challenge, however, there is no shortage of leaders from the Indian team.

In a video that is going viral on the internet today, former India skipper Virat Kohli can be seen giving a ‘passionate’ speech to his teammates as they prepare for the challenge ahead.

See also  IND vs SA 5th T20I live stream: when and where to watch India vs South Africa match in Bangalore

BCCI have done a great job of rotating the captaincy between Rohit Sharma and in his absence KL Rahul, Rishabh Pant and most recently Hardik Pandya have been tasked to lead the national team.

As a former captain, Kohli is another player who commands great respect in the Indian dressing room, and on Tuesday the 33-year-old was spotted motivating his teammates.

Before India take on England, they will face County Leicestershire in a training match from July 24-28, and the Leicester club have released videos of the team’s training sessions Indian, giving fans a glimpse of Kohli giving a pep talk to her compatriots.

You can watch the video below:

After a disappointing 2022 IPL campaign with Royal Challengers Bangalore (RCB), Kohli was rested by the BCCI for the recently concluded five-match T20I series against South Africa. He took full advantage of the break by traveling to the Maldives for a holiday with his wife Anushka and daughter Vamika.

READ| From Rohit Sharma to Hardik Pandya, a look at India’s captains in one season

The Delhi-born batsman appears to have recharged his batteries and is already looking forward to facing England as he trained well ahead of the high voltage clash.