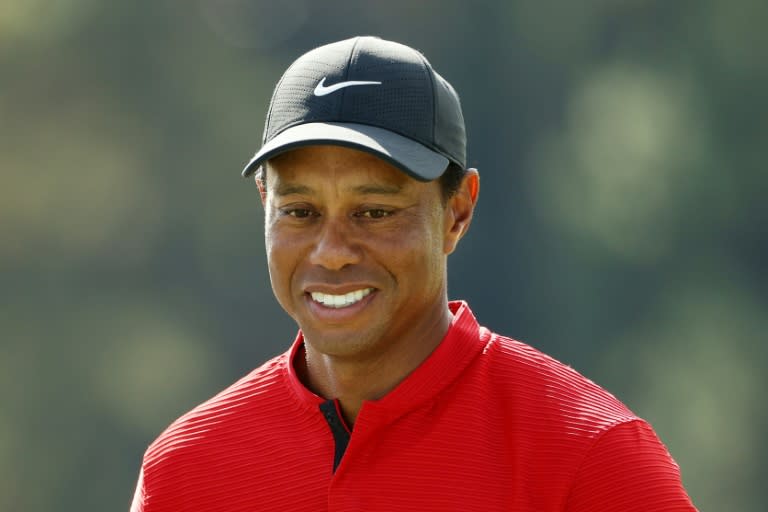 Serious leg injuries in a car crash in February have kept Tiger Woods out of this year’s Masters on the 20th anniversary of his “Tiger Slam” victory at Augusta National.

But the 45-year-old superstar, whose 15 major titles include five Masters Green Jackets, will make his legacy feel through the famous layout.

Woods is recovering at his home in Florida after sustaining serious injuries when his car took off the road and rolled over several times in the southern California crash.

It took hours of surgery to repair her shattered right leg and ankle, including a rod inserted into her shin and the use of screws and pins to stabilize the joint.

Woods, who won his most recent major at the 2019 Masters, became the first black golfer to win a major title when he won the 1997 Masters in record fashion.

On Thursday, the Masters will honor the first black golfer to play in the event when Lee Elder hits a ceremonial tee shot alongside regular honorary starters Jack Nicklaus and Gary Player.

“Lee was a trailblazer. He was the one who broke the color barrier here and paved the way for players of color like me to be able to play this event,” Woods said of Elder.

“Having him as an honorary starter is awfully special and important in the history of the event, but also for me personally, it’s probably even more special.”

Woods, whose 82 US PGA wins are on par with Sam Snead for the all-time record, faces a long recovery and questions his future. He was already recovering from a fifth back surgery at the time of the accident, which investigators called a “pure accident” without proof of impairment.

Woods made a fairytale comeback after multiple back surgeries to win the 2019 Masters, a touching victory that saw him kiss his children as he did with his late father after his triumph in 1997.

But his most astonishing golf feat was probably the “Tiger Slam” when he won the 2000 US and UK Open and PGA Championship, then added the 2001 Masters to win four major trophies in a row.

“Very special things have happened to me,” Woods said in 2001. “But I guess to win four consecutive majors, I don’t think I’ve ever accomplished anything this big.”

Woods, who was 25, was remembered as “a little young, a little naive” for his 1997 win, but said in 2001, “I get it. I’ve been around the block. appreciation for winning a major championship, and for winning four of them in a row, it’s just hard to believe.

“You have to have a peak game at the right time. You have to take good breaks and you just have to make it all right. And for that to happen four times in a row is really good. Some of the gods of the golf look at me the right way. “

Woods got emotional on the 18th green after the victory was assured, putting his cap over his face to hide his feelings.

“It was just a weird feeling,” Woods said in 2001. “When I ran out of moves, that’s when I started to realize what I had been doing. to be a little moved. “