Speaking in an interview on Inooro TV on Sunday evening May 2, Kiunjuri said the recent meeting between Ruto, Mt Kenya leaders and economic experts turned politicians against each other.

“There are internal quarrels within the UDA and recently I have heard them accuse each other. Mukami (Nyeri Woman Rep) accuses Rigathi (Mathira MP) of sidelining her in the meeting while in Nakuru, Kihika (Nakuru Senator) is in trouble for skipping the talks, ”Kiunjuri said.

He also explained that his decision not to join the UDA party was so that he could have a back-up plan in case it collapsed, adding that the people of Mt Kenya needed a party to protect their interests. .

“I am a supporter of the vice-president but I cannot join the UDA. I have decided to form TSP so that if UDA ever catches fire, I will tell my people of Mount Kenya what I had planned, ”Kiunjuri said, adding that the voice-rich region must be united.

Kiunjuri is one of three politicians seeking a vice-president post in the Ruto camp, his competitors being Rigathi and Gatundu South MP Moses Kuria.

Kuria was also absent at the recent meeting with Mt Kenya leaders, although she is also an economist.

Like Kiunjuri, the member for Gatundu created his own political organization, the People’s Empowerment Party. 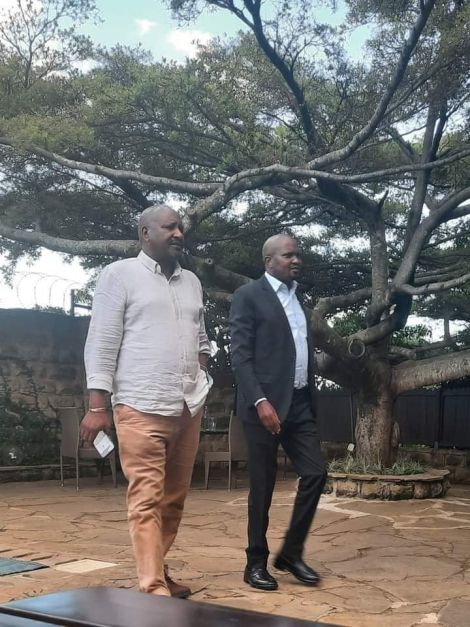 Ruto kicked off the meeting on Friday, April 30, with the aim of making inroads into central Kenya as President Uhuru Kenyatta’s tenure at the top comes to an end.

The PD has pledged to build on two core principles that he helped Uhuru create in 2013, including the country’s transition from chains of ethnic mobilization to a new paradigm centered on global consensus.