Insurers have yet to embrace the cryptocurrency craze despite demand 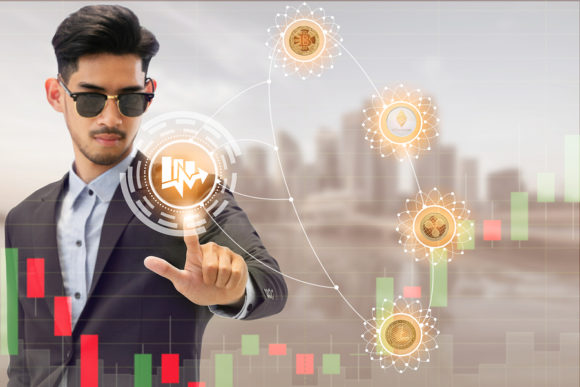 If Elon Musk’s Tesla wanted to insure all of his recent $ 1.5 billion bitcoin investment against the myriad of pitfalls he could face, like hacks, theft, and fraud, that wouldn’t be right. luck.

Insurers have yet to catch up with the growing acceptance of cryptocurrencies as an investment and in commerce: Musk said last month that Tesla customers can now use bitcoin as a form of payment.

The limited regulation and volatile prices of bitcoin and other cryptocurrencies make many insurers reluctant to underwrite risks, despite the growing demand for protection of digital assets and the personal responsibilities of directors and executives of companies who deal with them. cryptocurrencies.

Insurers and brokers estimate that among the few who offer such insurance, none can provide coverage beyond $ 750 million for a client.

Tesla did not respond to a Reuters request for comment.

The risks are considerable, with US cybersecurity firm CipherTrace estimating reported losses for theft, hacking and fraud at $ 1.9 billion in 2020.

“Insurers have only a limited capacity that they can write in this space, so there is a real need to get in quickly,” said Ben Davis, head of emerging technologies and international insurance at Superscript, a Lloyd’s of London broker with cryptocurrency clients.

But if crime and the demand for protection have followed the meteoric rise of cyber-currencies, underwriting these risks remains a niche activity offered by specialist insurers in the Lloyd’s market and in Bermuda. Insurers who spoke to Reuters declined to be named while discussing such a sensitive area of ​​business.

The high risk of hacking means that small businesses looking for protection for their “ active wallets ” – digital assets stored online – can typically get around $ 10 million in coverage, with the highest limits rarely exceeding. the $ 100 million to $ 200 million range, insurers and brokers said.

The legal ambiguity surrounding assets, with major regulators around the world calling for global rules for cryptocurrencies, also acts as a deterrent for insurers.

Cryptocurrencies have struggled to gain the trust of traditional investors and the general public due to their speculative nature and potential for money laundering.

Insurance for directors and officers of cryptocurrency companies, such as exchanges or custodians seeking to protect their personal assets, is also scarce, brokers and insurers have said.

A potential significant drop in the value of cryptocurrencies could trigger lawsuits from investors, which in turn could leave the insurer on the hook if the lawsuit affects the personal assets of a company’s executives.

READ  World Health Day 2021: why health is important and how to protect it

“Insurers worry because when there is volatility, they end up holding the bag,” Davis said.

Davis added that Superscript has to do “a lot of work” for directors and officers to cover their clients.

Jacqueline Quintal, U.S. leader in digital assets at Marsh, the world’s largest insurance broker, said she answers calls from companies seeking to protect their assets, or from the people who manage them, twice a week, against once every two weeks about six months. since.

“Just a huge rush to buy insurance. Period, ”she said.

Davis, of Superscript, said demand had doubled or even tripled since January compared to the same time last year.

Many cryptocurrency depositories and exchanges are also looking to increase the limits of their existing policies as the value of cryptocurrencies has increased, insurers and brokers have said.

HEADS IN THE SAND

And just as insurers slowly familiarize themselves with new business potential as traditional financial institutions with deep pockets increasingly embrace cryptocurrencies, they face a new challenge in the form of non-fungible tokens (NFTs).

These digital assets, including images, videos, audio, or even individual tweets, are authenticated by the blockchain, which certifies their originality and ownership, creating a marketplace for art and other collectibles. which only exists in digital form.

Insurers face the challenge of pricing policies and gauging how the value of digital art evolves over time when there are no references available yet, a leading London insurer said. plan that declined to be named.

Building a robust secondary market could help build the capacity to insure those assets, the person said.

Many find the concept of ‘knocking’ on DSFs – to put them on a blockchain – and the prices that can reach millions of dollars baffling, but Davis said it would be a mistake for insurers to dismiss this new market. .

“More and more companies will start tokenize parts of their business. And if you just say, well, we’re not covering it, because it’s represented as a token, that doesn’t make any logical sense, ”he said.

“They can’t just stick their heads in the sand and hope it all goes away, because it doesn’t and it’s here to stay.”