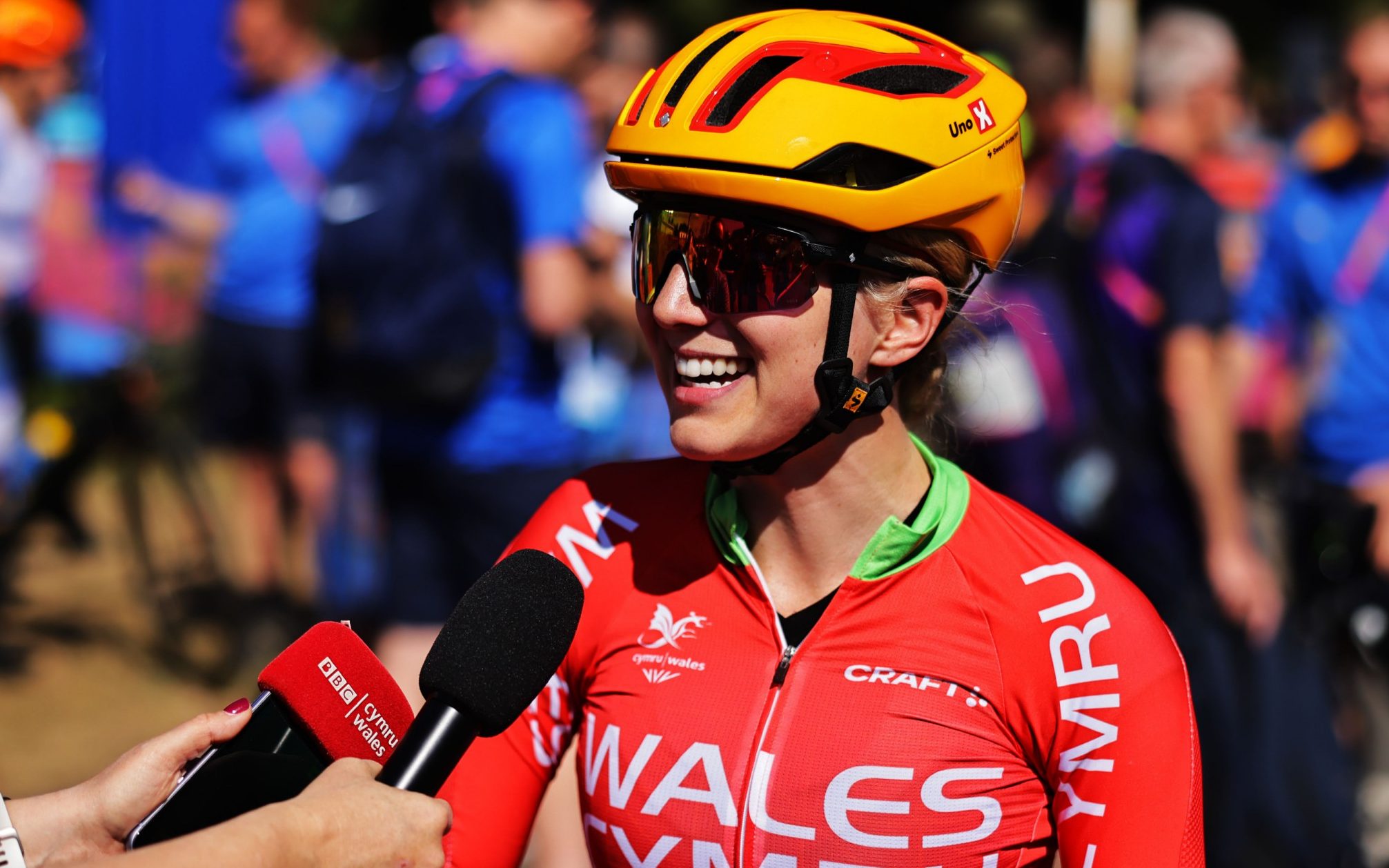 How strong will time tell. Barker isn’t setting himself great goals for next season. She has a contract with Norwegian team Uno X until the end of 2023 and says she has to be “realistic”. But she has no problem admitting her long-term goal: the Paris Olympics in 2024.

Ideally, she says, she would want to ride either the omnium or the Madison, while also making herself available for the road crew.

“That’s the goal,” she says. “But the road comes first. I want to discover what I am capable of along the way. I used to be a track rider who kind of went around that, but could never properly prepare for it.

“While I’ve ridden so much track now, I’ve got all that experience, I can be a road racer riding around that. And by track I really mean mass racing. I’d like some opportunities in the Madison, maybe the omnium. And yes, on world and European level I would love a points race.”

Whatever she does, she won’t put too much pressure on herself. If she makes it to Paris, that’s a bonus. But she no longer wants to be defined by her results.

“It will be quite full to try both” [ride a bike professionally and be a mum],” she says. “The fatigue, the constant juggling. What I really don’t want is to fall into the trap of thinking, ‘Oh, it’ll all be worth it if I win this, or if I win that’.

‘Cause if I didn’t then [win], it would be awful to look back and think that I kind of wasted the first few years of Nico’s life. I have to figure out day by day what makes it worthwhile and deal with that. And then hope the results will follow. I don’t want to blame it.”

‘Women’s cycling is in such an exciting place’

It all sounds very sensible, especially when you consider the environment in which she has operated over the past eight years. Both Laura Kenny and Katie Archibald – teammates in Rio and Tokyo – have had to take a step back from racing this year due to mental and physical exhaustion. The latter has now also undergone a grieving process due to the sudden death of her partner.

“I don’t really want to comment on that,” Barker says. “But of course it is incredibly sad. And it has made clear the importance of family and balance in your life. I feel so lucky to be where I am now.

“Personally, I’m probably the happiest I’ve ever been. How few people can do this postpartum? Going out and getting some fresh air, socializing and competing… basically keeping my own identity… and then coming back and becoming a mother too?

“How’s it going next year? I’m sure it will be a struggle to juggle everything – the nursery, Casper’s job, my racing – but I’m looking forward to it. Lizzie [Deignan] and Laura have already shown what is possible as a mother, so I don’t feel pressured.

“I think I will try to build some confidence through the spring classics. And then hopefully in a good place for the Ardennes. Women’s cycling generally finds itself in such an exciting place with iconic races like the Tour de France Femmes and Paris-Roubaix Femmes taking place right now. Just racing in it before I retire would be great.

“I’m just lucky enough to get to try it, while I’m also a mother.”