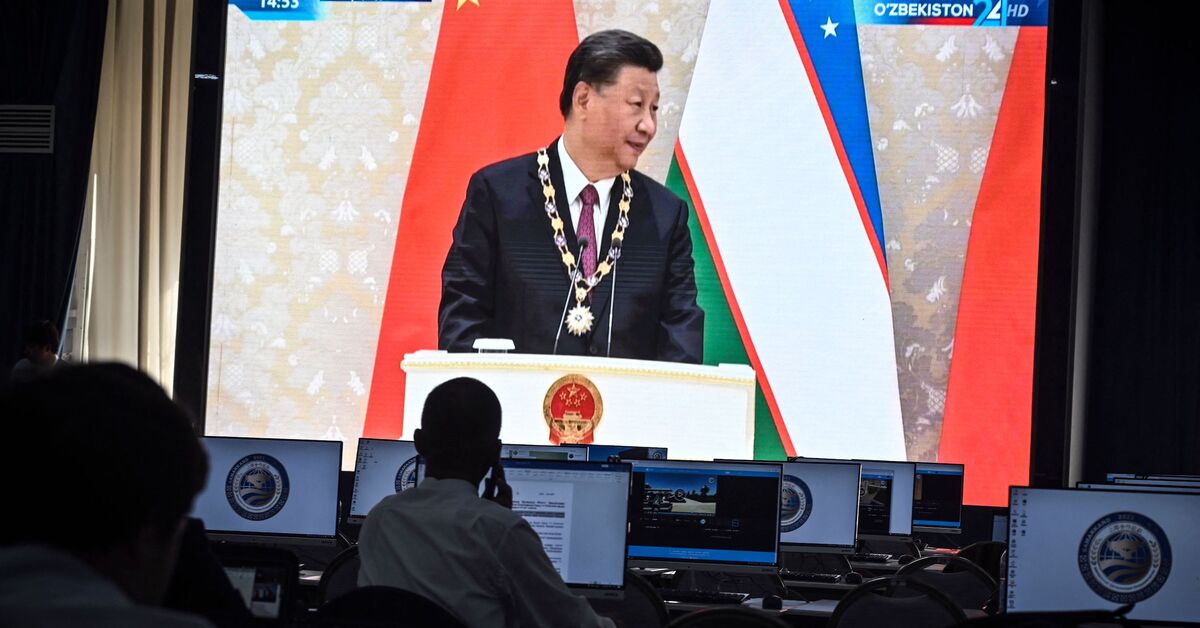 Iran is approaching joining China and Russia in the Shanghai Cooperation Organization.

Reuters reported on Thursday that at a summit in Uzbekistan this week, Iran signed a memorandum of obligations to join the group as a permanent member — an upgrade to its observer status.

What it means: The Shanghai Cooperation Organization is working to strengthen security and trade cooperation in Eurasia. China, Russia, India, Pakistan and several former Soviet states in Central Asia are members. Turkey is also a dialogue partner of the alliance.

Iran has been trying to join the organization for some time. Last year, it accepted Iran’s application for membership. Iran has also worked to increase trade with the group’s member states.

Why it matters: Iran’s membership in the group would demonstrate Iran’s good relations with China, Russia and Central Asia. Iran’s trade with China is increasing. In August, Iran and Russia announced that they would start trading their own currencies instead of the dollar.

Iran and Uzbekistan also signed several cooperation agreements ahead of the summit this week. In June, Iran and Kazakhstan unveiled a new rail network in a further effort to boost trade.

Erdogan promised more cooperation with the organization during his speech at the summit, especially in the security, economics and energy sectors for transport, agriculture and tourism, according to a Turkish press release.

Qatar and Egypt also became dialogue partners with the Shanghai Cooperation Organization on Wednesday, according to a press release from the organization.

Man shot on Appleway Trail says he was jumped, while gunman says he shot in self-defense