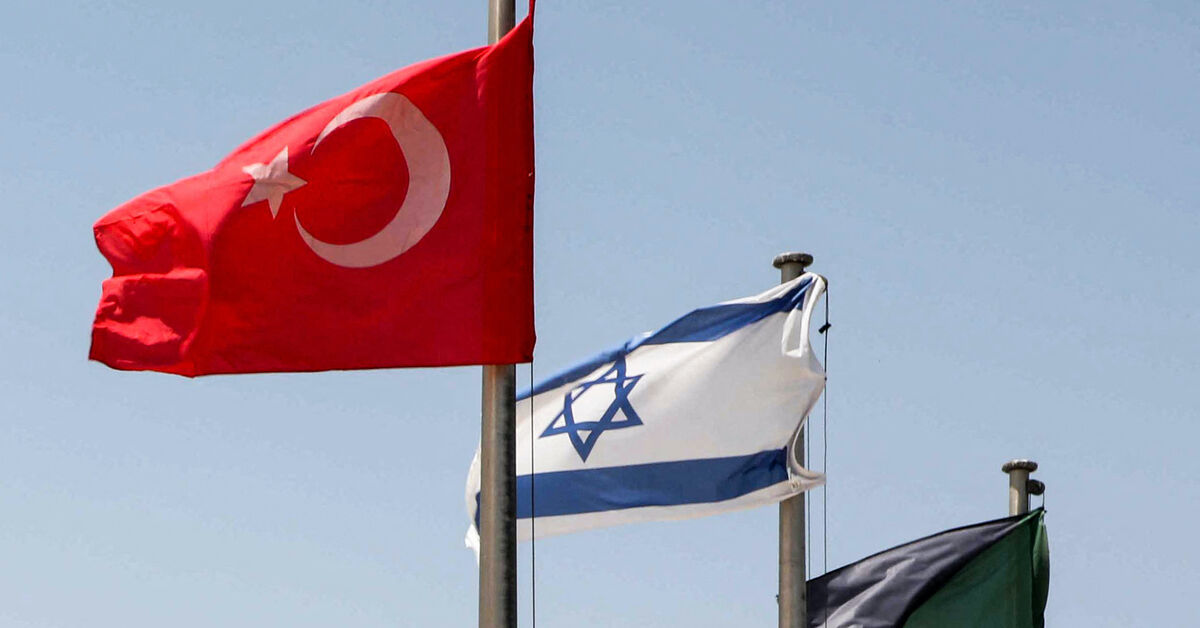 Turkish President Recep Tayyip Erdogan and Israeli Prime Minister Yair Lapid are set to hold a landmark meeting in New York tomorrow as the US decision to lift arms embargoes on Cyprus has reasserted already high tensions in the Eastern Mediterranean. .

The meeting of the two leaders on the sidelines of the UN General Assembly will be the first of its kind since 2008, following a series of rapprochements between Israel and Turkey — the last of which came today when Israel’s prosecutor Irit Lillian, appointed. ‘business in Ankara since early 2021, as the new ambassador to Turkey. The two countries decided last month to fully restore their diplomatic ties after years of horns. Ahead of tomorrow’s meeting, Erdogan met today with Ronald Lauderthe president of the World Jewish Congress and other leaders of the American Jewish community.

The rapprochement was part of Ankara’s intensified efforts to restore ties with its former regional rivals, partly in an effort to counterbalance their growing cooperation with Greece and Cyprus.

Rising tensions between Turkey, Cyprus and Greece in the Eastern Mediterranean over conflicting territorial claims are expected to be on the agenda at tomorrow’s meeting as Turkey seeks to position itself as an energy corridor to transport Israeli gas to Europe after the war in Ukraine.

Washington’s decision last week to completely lift the arms embargo on Cyprus is poised to further fuel tensions as Cyprus has long sought Israel’s Iron Dome missile defense system – a joint Israeli-US production. Washington’s decision to completely lift the embargoes last week has paved the way for a possible sale subject to US approval for exports.

Turkey strongly “condemned” the decision of September 17 and called on Washington to “reconsider this decision and pursue a balanced policy towards the two sides on the island”.

The US has imposed arms embargoes on Cyprus since 1987 to prevent further escalation between the island’s rival governments, which remain ethnically divided between Turkish and Greek Cypriots since Turkey’s military intervention in 1974.

In 1998, the Greek Cypriots’ purchase of S-300 missile defense systems from Russia brought rival Cypriot governments, as well as Greece and Turkey, to the brink of war. Under strong pressure from Washington, Greek Cypriots were unable to activate the system and deploy the system’s batteries on the Greek island of Crete.

Ironically, the tables have now turned against Turkey, which was hit by US sanctions for its own purchase of a Russian S-400 missile system. Ankara has been banned from the F-35 program and is now counting on the support of the Biden administration to gain Congressional approval for the sale of new F-16s and modernization kits from the United States.

Erdogan met today with Senator Chris Coons, a member of the Senate Foreign Relations Committee, and Senator Lindsey Graham, who pledged to “do everything in his power” to support Turkey’s F-16 bid.

Yet ties between the Turkish government and the government threaten to spiral into another downward spiral if Turkey postpones Finland and Sweden’s NATO membership. Prior to his visit to New York, Erdogan reiterated his threat to block the alliance’s expansion if the Scandinavian countries fail to honor their pledge to meet Turkey’s national security concerns.

Peace talks in Ethiopian conflict have been delayed, diplomats say