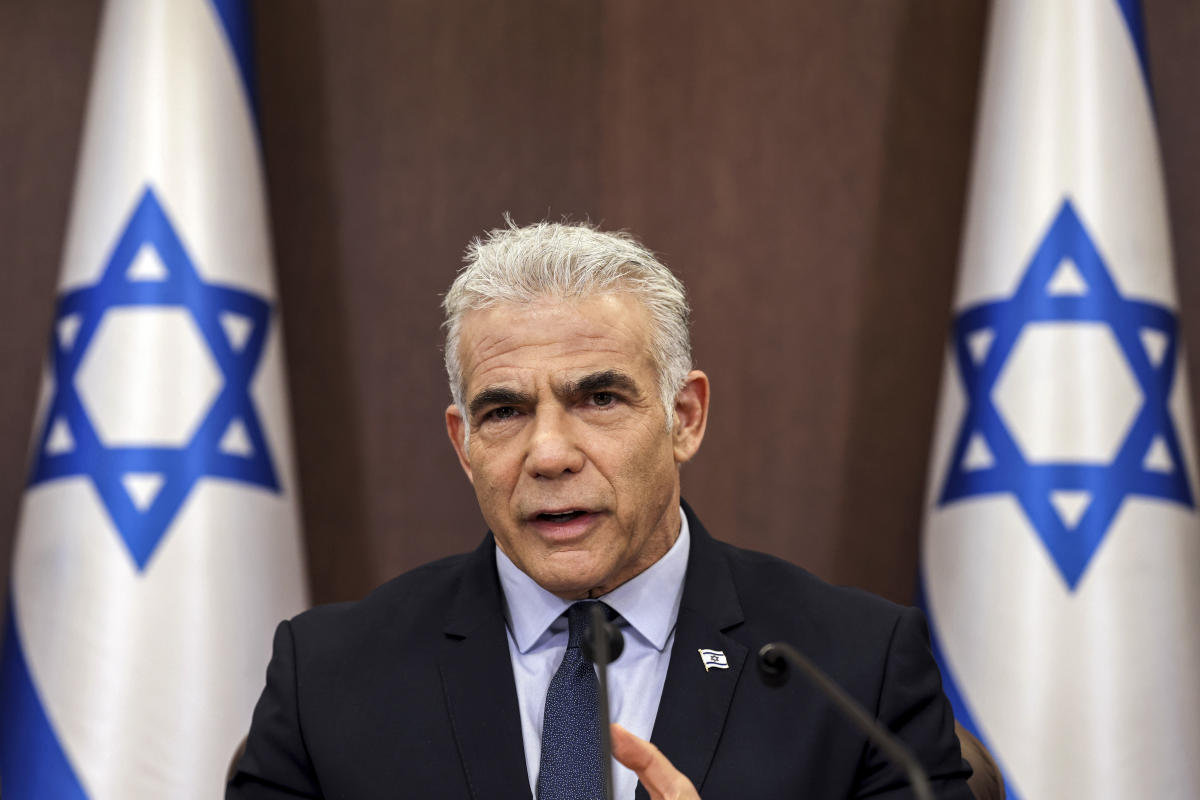 Yair Lapid’s announcement came at a sensitive time in lengthy efforts by a US mediator to resolve a dispute over the countries’ maritime border. US officials have said they are making progress but need more time to reach a solution.

Lapid said it is “both possible and necessary” to reach an agreement with Lebanon, which he said would benefit both countries and “strengthen regional stability”.

But he said production from the Karish gas field is unrelated to the negotiations and will begin “as soon as it is possible.”

Israel set up a gas platform in Karish in June, saying the field is part of its UN-recognized exclusive economic zone. Lebanon insists Karish is in disputed waters.

In July, the Israeli army shot down three unarmed Hezbollah drones flying over the Karish field. The Hezbollah leader warned Israel about the maritime dispute, saying that “any arm” reaching to steal Lebanon’s wealth “will be cut off”.

The heavily armed Hezbollah, which waged a month-long war against Israel in 2006, has said repeatedly in the past that it would use its weapons to protect Lebanon’s economic rights. Still, Hezbollah officials have said they would support an agreement between the Lebanese government and Israel. Israel views Hezbollah as one of its greatest threats.

The two countries, which have been officially at war since Israel’s creation in 1948, both claim some 860 square kilometers (330 sq mi) of Mediterranean Sea. Lebanon hopes to unleash offshore oil and gas production as it grapples with the worst economic crisis in its modern history.

The British stole their land to grow tea. They want justice.