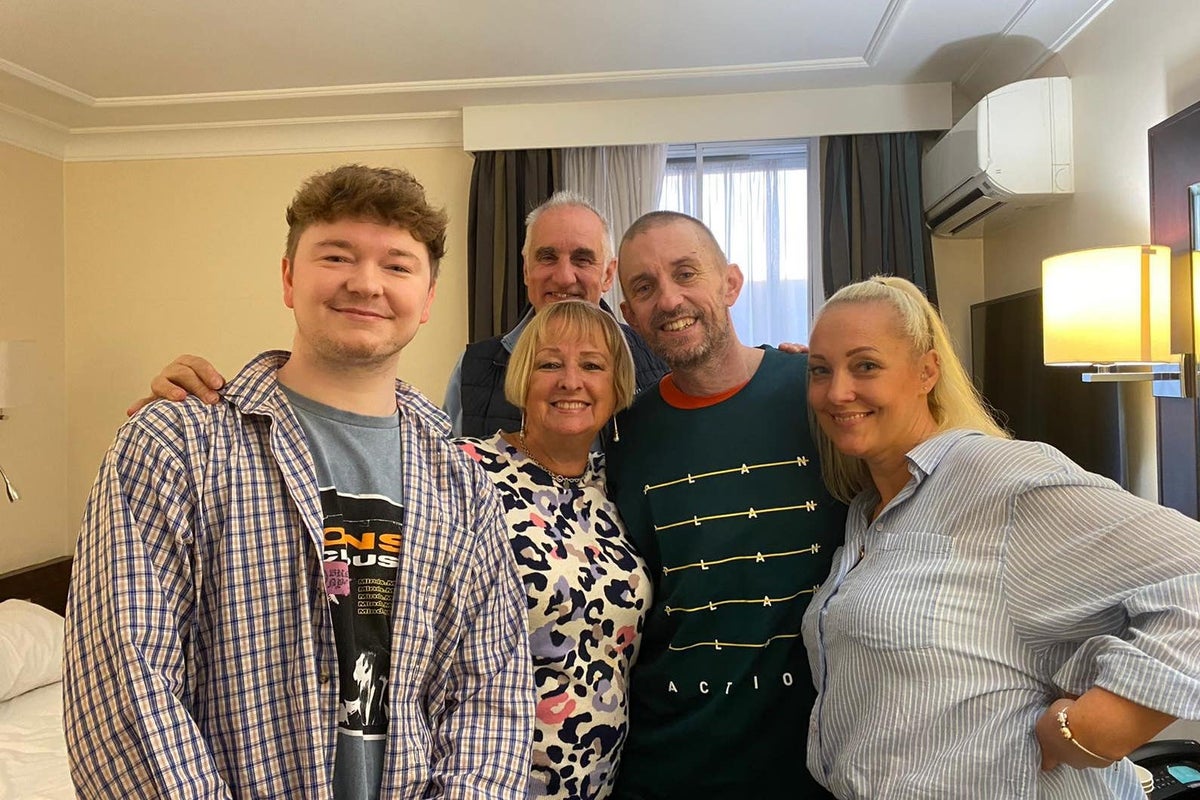 The family of one of five Britons released from captivity by Russian-backed troops said it was a “poor time”.

It is clear that Shaun Pinner was released on Wednesday along with Aiden Aslin, John Harding, Dylan Healy and Andrew Hill and landed in Britain in the early hours of Thursday morning.

His family said he was “in a good mood” and “looking forward to steak and a glass of red wine”.

A court in the self-declared Donetsk People’s Republic had sentenced Mr Pinner and Mr Aslin to death in July.

They had both lived in Ukraine for several years and were serving in the regular armed forces when the full-scale war broke out.

“Shaun would also like to thank the hospitality of the Saudi government and Prince Mohammed bin Salman al Saud, who also helped negotiate his freedom.

“It is a very emotional time as you can expect and we are currently unable to fully discuss all the details so early in his release. It has been a harrowing time for Shaun and our family, who now have such a happy solution. Shaun is in a good mood and still has his sense of humor intact. He’s looking forward to steak and a glass of red wine tonight.

“We are enjoying some family time now and would appreciate the privacy at this time.”

A photo released by the State Department showed a radiant Mr. Pinner with his loved ones.

Three of the British nationals liberated by pro-Russian forces were hailed by their former commander in Ukraine as defenders of “democracy and freedom”.

Mr. Harding, Mr. Pinner and Mr. Aslin are believed to have served in the Georgian Legion, a pro-Ukrainian volunteer unit, under Mamuka Mamulashvili.

“All those guys have done their best to defend democracy and freedom,” Mr Mamulashvili told the PA news agency.

“They were in the Georgian Legion at about the same time… and they were perfect guys.

“It was very important for us to get those guys out of captivity because I’ve been in captivity myself and I know what it is.”

Mr Mamulashvili credited Mr Harding, a veteran of the British Army, for his contribution to the Legion, where he trained younger volunteers to become instructors.

“He is one of the best representatives of his country who came here to defend Ukraine and I pay him my respects,” he said.

The nonprofit Presidium Network, which has supported Mr Healy’s family, told PA that all five had landed safely in the UK and reunited with their families.

Dominik Byrne, co-founder of the organization, said: “We don’t know exactly if they have all returned to their homes yet, but we do know they are with families at the moment.”

The State Department has not commented on the whereabouts of the men.

Late on Wednesday, a video surfaced of two men sitting on a passenger plane, in which Mr. Aslin introduced himself and Mr. Pinner, adding: “We want to let everyone know that we are now out of harm’s way and that we are on our feet.” stand. way home to our families.”

Mr. Pinner intervened, saying “on the skin of our teeth,” as Mr. Aslin continued, “We just want everyone to know the good news, etc., so thank you to everyone who has supported us and what not, so it is really much appreciated.”

Mr Pinner added: “Thanks to everyone.”

Prime Minister Liz Truss, who visited New York for a UN summit, tweeted: “Huge welcome news that five British nationals held by Russian-backed proxies in eastern Ukraine are being returned safely, ending months of uncertainty and suffering for them and their families. .”

She thanked Mr Zelensky “for his efforts to secure the release of detainees, and Saudi Arabia for their help”.

Mr Harding, Mr Hill and Mr Healy were on trial last month in the city of Donetsk, Russian media reported.

The three, along with Swede Matthias Gustafsson and Croat Vjekoslav Prebeg, all pleaded not guilty to mercenary charges and “taking training to seize power by force,” Russian media reported.

The next court hearing in their case was scheduled for October, the Interfax news agency reported, citing a statement from the separatists’ court.

Jenrick said he was “deeply grateful” to the Ukrainian government, as well as the Saudi Crown Prince and the Ministry of Foreign Affairs, for securing the release.

He added: “Aiden’s return puts an end to months of agonizing uncertainty for Aiden’s loving family in Newark, who suffered every day under Aiden’s mock trial but never lost hope.

“Now that they are reunited as a family, they can finally have peace.”

Foreign Secretary James Cleverly said the release “ends many months of uncertainty and suffering, including the threat of the death penalty, for them and their families at the hands of Russia”.

He continued: “Tragically, that was not the case for one of the detainees and our thoughts remain with Paul Urey’s family.”

The British aid volunteer died earlier this year while being held by Russian-backed separatists in Ukraine.

Mr Byrne said he was “completely relieved and so happy” that the five men had returned to Britain, but added that he was “still thinking of Mr Urey’s family”.

Allan Hogarth, of Amnesty International UK, called the news a “huge relief” after a “mock trial apparently designed to put diplomatic pressure on the UK”.