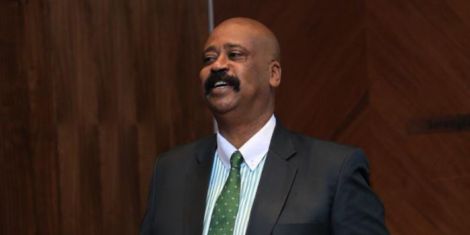 Nairobi Metropolitan Services (NMS) Director General Mohammed Badi admitted it is easier to lead the military during the war than to run the Nairobi district.

Speaking to India’s High Commission on Saturday, September 17, Badi stated that after experiencing war during the peacekeeping mission in Sierra Leone in the early 2000s, Nairobi still proved to be a hard nut for him.

The NMS DG noted that running the city was nearly impossible due to the pompous politics going on in the background.

“It is one of the most difficult tasks I have ever been given compared to the Sierra Leone Peacekeeping Mission.

“The job was a challenge, especially if you are a military man and you get a political position. From the first day you start fighting with politicians and those who think they ‘own’ the city and so far the battle has been won, ” he claimed

Badi revealed that despite the city being in a dilapidated state, the politicians were unimpressed and continued to promote their individual interests. Still, he didn’t want to disappoint his boss, former President Uhuru Kenyatta.

The NMS chief hinted that Uhuru had entrusted him with Kenya’s capital and expected to use some of the military’s strategies in carrying out his mandate.

“President Kenyatta reminded me that I am a military man and all he wants to see is running water and a hospital in the slums to contain the pandemic.

“I told the staff of my time in India where I saw a wall being built in 12 hours and told them they had 90 days to complete those tasks,” he said.

The director general has already started handing over some of the operations to the new provincial government headed by Governor Johnson Sakaja.

See also  Progress has been made in women's development, but more can be done to address gender gaps: Lawrence Wong

The NMS term officially expired on August 24, after which the entity was mandated to transfer its functions within three months to ensure continued service.

However, during his swearing in, Sakaja hinted that he would retain the service but as a department in the provincial government. However, Sakaja has already restored some features including the monetization system. 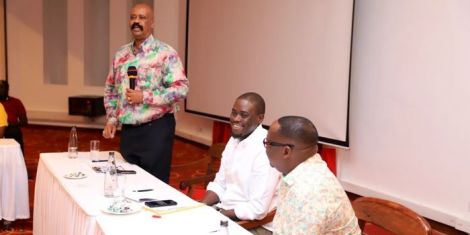