‘It was shocking’: Kanika Kapoor finally breaks silence as one of the first Indian celebrities to test positive for COVID-19 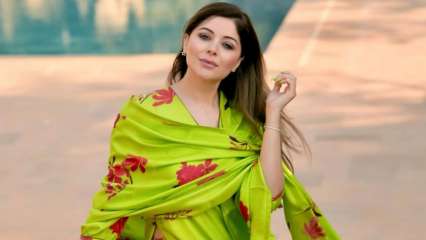 Singer Kanika Kapoor has spoken of her experience of being ridiculed in the media and trolled online after becoming one of the first Indian celebrities to test positive for COVID-19.

“It was a difficult time. It was more shocking than anything, to see people say anything without knowing the reality of the situation,” Kanika told IANS.

In 2020, after the 42-year-old first announced a positive coronavirus test, it was reported that the singer-songwriter had attended high profile parties, instead of isolating himself after arriving from London. She had been criticized for not revealing her travel story and the government of Uttar Pradesh had filed a complaint against her.

“It was really sad that people wanted to be so mean, even though they knew someone was so bad. I (really) think it was pretty bad and mean, ”she says. “I hope people will learn from this and understand what they are saying and what they mean. I really hope that after this pandemic they will all have a better perspective and be more useful, ”she adds.

The pandemic, Kanika says, has taken a heavy toll on artists and believes it has forced them to start talking about ownership of their music.

“It was very difficult because there was no daily income and that’s what an artist depends on. It got us thinking about the fact that all the rights to our music are with a music company. I think it’s high time that musicians started owning some of their publications, ”Kanika explains.

“It’s a sad situation, not just the singers, even the lyricists, songwriters and musicians; if there is a situation like this, like the pandemic, where they don’t have their paycheck because of the lack of live shows, there is nothing to They have nothing to be on about. pull down in situations like this, and it’s sad, ”adds Kanika, who recently released her single, ‘2 seater car‘in collaboration with Indo-American musician Happy Singh.