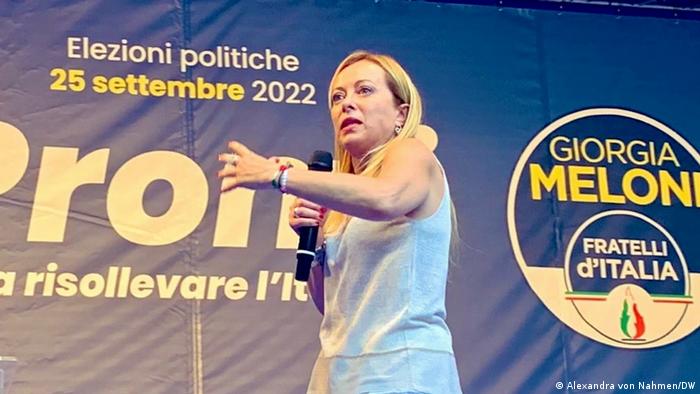 Days before the Italian elections, Calogero Pisano was stripped of his party posts for calling Adolf Hitler a “great statesman” and declaring Giorgia Meloni, leader of the Brothers of Italy (FdI) party a “modern fascist. ” Pisano was a chapter coordinator for Brothers of Italy in the Sicilian region of Agrigento until his 2014 and 2016 fascist Facebook posts were unearthed by the Italian newspaper La Repubblica. The FdI leadership took swift action: Pisano was fired, despite insisting that he was “ashamed” of his earlier comments and that he had long since distanced himself from them.

This installment in the Italian election campaign shows that after working hard to erase her party’s post-fascist past and give it a new look, Giorgia Meloni will not allow it to be tainted by provincial politicians. For the past three years, Meloni, who began her political career in a post-fascist youth organization and co-founded the far-right populist Brothers of Italy in 2012, has tried to paint a more moderate picture. She no longer advocates leaving the European Union and the single currency as she once did; instead of; she just wants to reform them as Italy sees fit. Unlike other right-wing populists in Europe, she condemns the Russian war of aggression against Ukraine. She supports sanctions against Russia and the supply of arms to Ukraine. At the same time, she believes Britain’s decision to leave the EU was the right one and maintains close ties to Britain’s Conservative Party. Meloni is also the president of the European Conservatives and Reformists (ECR), an association of right-wing populist European parties that also includes the ruling Polish party PiS.

Lutz Klinkhammer, an Italy expert and deputy director of the German Historical Institute in Rome, would not describe Meloni as post-fascist. “Her supporters certainly have a different attitude than hers. She herself has rejected the label ‘fascist’. I don’t think that’s the right way to characterize her either. But she is definitely someone who is taking a very conservative course in the domestic policy and will try to stop immigration. She is a conservative politician with a post-fascist past.”

During her campaign, Meloni poked fun at Europe’s fear of a government led by the far right, saying that the people of Brussels were simply afraid of losing power. Meloni supports Poland and Hungary in their ongoing dispute with the European Commission and the European Court of Justice over the rule of law, which means that Viktor Orban, the Hungarian Prime Minister, who is currently under pressure from the EU over corruption in his country, is about to to get a new ally in the European Council.

Lorenzo Di Sio, a professor of politics at LUISS University in Rome, told UKTN that a Meloni government “could be a little more assertive” in negotiating Italy’s position in Brussels. “That’s what we can expect, for sure,” he said. “But it seems unlikely that the main coordinates of Italian foreign policy and the Italian policy on European integration will change.” 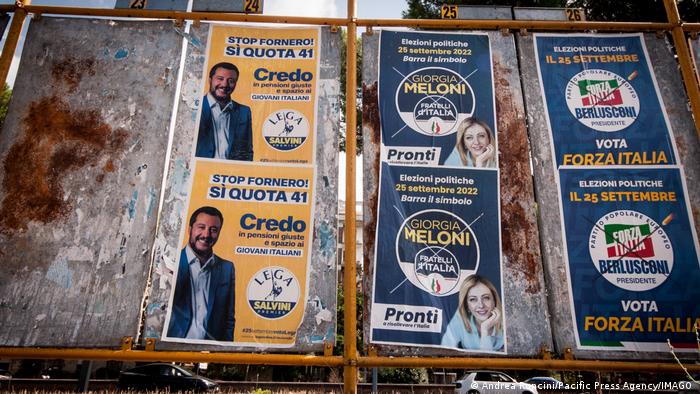 According to Lutz Klinkhammer, Italian voters are not that interested in European and foreign policy. “Italians feel insecure,” he says. “The elections are mostly about money, the fear of being worse off, maintaining social security measures. There is already a widespread fear of sinking into poverty. They are protest elections, as we have had several times in Italy over the past decade. Only now people’s hopes are focused on a leader of the right, not the left-wing populists.”

Energy prices, inflation and the aftermath of the COVID-19 crisis were the dominant topics in election rallies and TV talk shows. Parties from both the right and the left have promised more social benefits. However, Meloni opposes increasing the national debt. All parties want to take advantage of the 200 billion euros that Italy will receive from the EU’s COVID-19 recovery fund in the coming years, in the form of grants or low-interest loans. Lutz Klinkhammer in Rome notes that for this reason alone no new Italian government will be able to turn its back on the EU completely.

In recent weeks, Giorgia Meloni has consistently been at the top of opinion polls, with the Social Democrats in second place. The Brothers of Italy are expected to win 25% of the vote on Sunday and the social-democratic “Partito Democratico” about 22%. The ultra-conservative Meloni wants to form a coalition with the other two right-wing populist parties, Lega and Forza Italia. This would give the right-wing alliance a comfortable majority in the two equal chambers of the Italian parliament. Lega, the party of former Interior Minister Matteo Salvini, is at about 13% in opinion polls. Forza Italia, led by the old warhorse Silvio Berlusconi, is at 7% according to the polls. Under Italian electoral law, the bloc that wins a relative majority of votes will receive an absolute majority of seats in the reduced parliament. 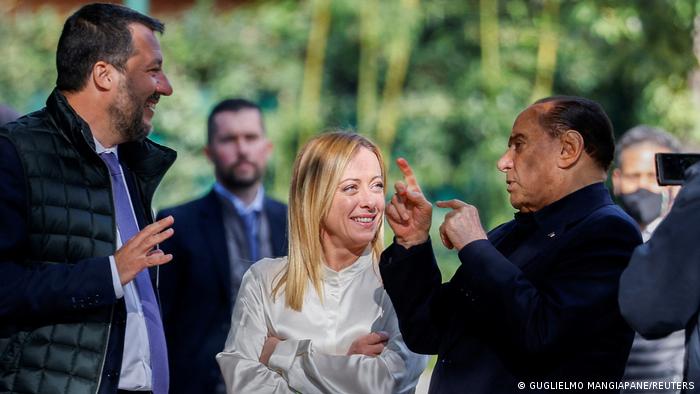 The political left, which should have gathered around the Democratic Party, is hopelessly divided and has failed to forge a broad alliance during the election campaign. Opinion polls indicate that the left wing and small liberal parties will be no match for the right. Support for the formerly popular Five Star Movement, previously the strongest party, has fallen to just 13%. Like the Five Star Movement, the Social Democrats have also been split into different factions, reducing their chances in the elections.

Right-wing coalition not a novelty

The question is how long a new right-wing government under Giorgia Meloni, possibly the country’s first female prime minister, would last. Italy has previously had a right-wing coalition, in 2001. At the time, the more moderate Silvio Berlusconi led the largest party in the right-wing camp. However, Lutz Klinkhammer of the German Historical Institute in Rome says that post-fascists and right-wing populists are not a new phenomenon in Italian politics: “The post-fascists have been very substantially present in several governments since 2001. So, in that respect I think not that a new government led by Giorgia Meloni is likely to be a qualitative leap.”

Political professor Lorenzo Di Sio, meanwhile, warns against relying too much on Italian opinion polls, which are sometimes unreliable, and says the majority of right-wing parties may not be as large as predicted. In certain regions, for example in the south, left-wing groups stand a good chance of doing well, and this would affect the majority in the Senate, Italy’s second parliamentary chamber.

Voting ends Sunday at 11pm CEST and the media will publish their first predictions immediately after. Reliable projections of the result are expected around 2 a.m. CEST.