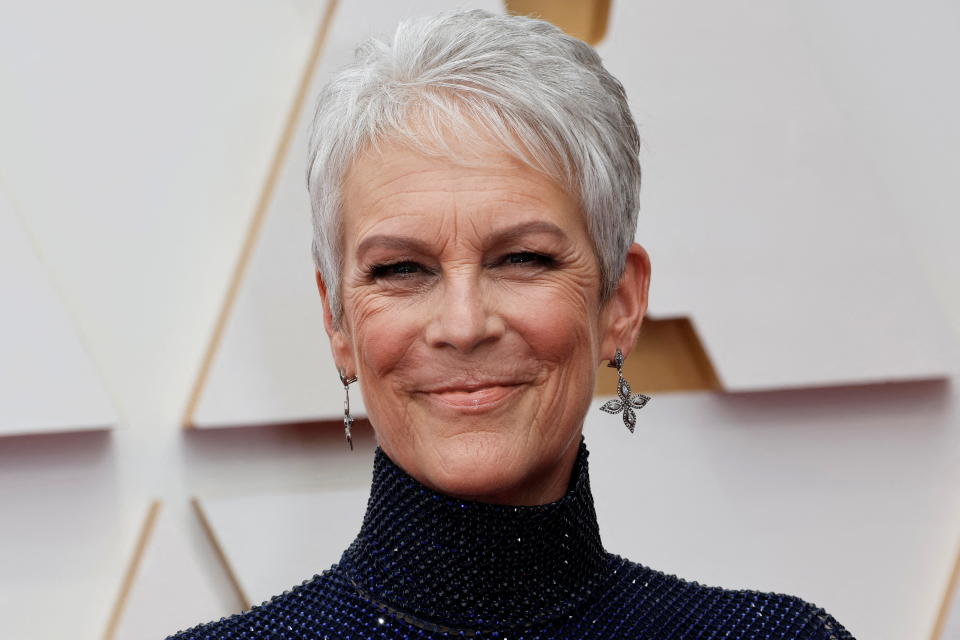 Jamie Lee Curtis celebrates her first Oscar nomination after decades in the business.

The 64-year-old was nominated on Tuesday as best supporting actress for her role in Everything Everywhere Everything at once and her reaction, captured by a friend while watching the announcement, perfectly captured the priceless moment.

“This is what a surprise looks like,” Jamie Lee wrote on Instagram with the series of photos showing her shock at the news and then celebrating the moment with a hug with her husband, Christopher Guest.

See also  Which stars skipped the 2023 Golden Globes? Find out why these celebrities didn't attend the event

Jamie Lee said the photos weren’t planned, but “one of my oldest besties,” Oscar-winning director Debbie Oppenheimer, texted her that morning and asked if she wanted to watch with her.

“I didn’t even know she was taking pictures,” said Jamie Lee, who noted that the series showed her reaction to hearing both her name and her co-star Stephanie Hsu being nominated in the same category. “No filters. No fakes. Just the truth of a moment of joy captured by a friend.”

In another post, Jamie Lee, best known for the Halloween movies too Trading places, true lies and A fish named Wandasaid “it was never even in my wildest dream box” to be nominated for an Oscar.

“I’ve always felt very much like an outsider looking inward yet always so thankful for all the opportunities I’ve had,” the daughter of Tony Curtis and Janet Leigh wrote. She called it “the pinnacle of my professional life” and praised the “talented, motley crew of performers” in the adventure/sci-fi film, which received a total of 11 nominations.

She continued: “Since this is a film about a family of immigrants and their struggles through life, I immediately think of my parents, children of immigrants from Hungary and Denmark, whose families came here and sacrificed for their children to fulfill their dreams. I can only imagine how it would feel for them and their parents to learn that their daughter/granddaughter had been nominated for an Oscar this morning (her late parents, pictured in one photo next to another of the cast, were both Oscar Nominees.)

She concluded, “I’m stunned and humbled and excited about our little movie that could and did and continues to do and do and do based on today’s nominations.”