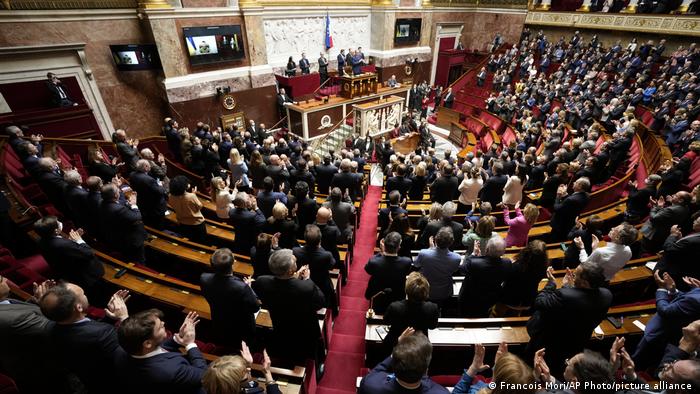 Many observers had written off the French left ahead of this year’s presidential elections, but Jean-Luc Mélenchon, the leader of La France Insoumise (LFI, which roughly translates to France Insoumise), has started to gain popularity.

Although Mélenchon, an eloquent defender of the people, narrowly missed him in the second round, he immediately made it clear that, if he could not be president, he could at least be prime minister. He said if voters gave his party a majority in the National Assembly, he would rectify the policies of French President Emmanuel Macron.

Against all odds, the former socialist was able to forge an alliance with rival left-wing parties, who agreed to stand on a common list under the acronym NUPES, for New Popular Ecological and Social Union.

The first round of legislative elections on June 12 ended in a very close race between NUPES and Macron’s Ensemble (Ensemble) alliance, with the latter beating the former by a fraction.

This did not prevent Mélenchon from announcing that evening that NUPES was the real winner and from asserting that the presidential party had been “beaten and defeated”.

Although this is a gross exaggeration, there is no doubt that NUPES turned the tables. “This electoral alliance has completely turned the political dynamics in France upside down, from the presidential election to the legislative election,” said Thomas Manz, head of the Paris office of the Friedrich Ebert Foundation, affiliated with the German Social Democrats.

It is a political achievement that Melenchon was able to convince the socialist, communist and green parties to join NUPES, whose dominant force is LFI, and to agree to present only one candidate per constituency.

For a long time, such an alliance had been considered unlikely. This is partly because of political differences, but also because many distrust Melenchon, especially members of the Socialist Party, which he left in 2008, believing he had become too “liberal” and “social- democrat”. He immediately founded the Parti de Gauche then left the presidency in 2014 to launch LFI.

“Many socialist mayors accepted the alliance more out of necessity than anything else,” Manz said.

Only a handful of the 577 seats in the National Assembly were awarded in the first round. Sunday’s second round of elections will seal the fate of the remaining candidates. Ensemble candidates qualified for the second round in 417 constituencies; The NUPES candidates did so in 380. They are the only two parties mathematically capable of reaching an absolute majority of 289 seats. 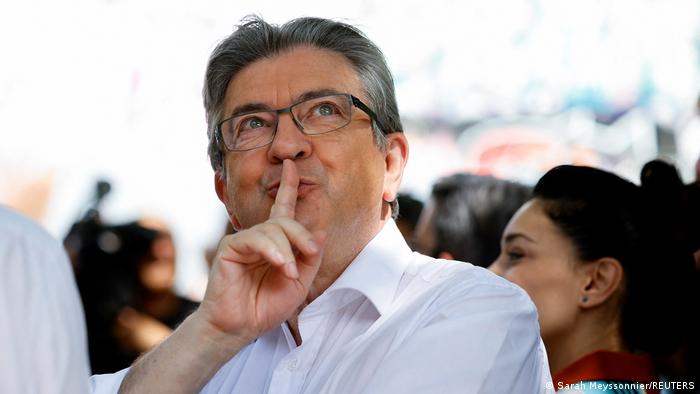 Most pollsters predict that NUPES will end up with less than 200 MPs. One important reason is that the alliance has already largely exhausted its potential among leftist voters, and to win an outright majority it would need to mobilize a large number of non-voters. There was a historically low turnout in the first round, so it’s highly unlikely.

Even if the NUPES were to obtain an absolute majority, Macron would not be obliged to appoint Melenchon Prime Minister. He is free to choose his head of government, but he must take into account the parliamentary majority. .

The NUPES program is largely dominated by LFI policies. Mélenchon wants to dismantle the Fifth Republic and set up a Sixth Republic, with what he says is a fairer political system. He promised voters better social benefits if they win, although he struggled to explain how these would be funded. Macron plans to raise retirement age to 65; NUPES promised to lower it from 62 to 60. The alliance would also cap the prices of basic food items and raise the minimum wage to €1,500 ($1,575) a month.

A particularly controversial aspect is that Melenchon said he would disobey certain EU rules if they conflicted with France’s interests. The policy towards the European Union has been the subject of very lively debates within NUPES. Former Socialist President Francois Hollande said such a development would betray the history of the EU and social democracy.

Mélenchon, 70, remains popular, particularly among young voters, and his coalition is likely to become the clear opposition in parliament. The conservative Republicans (LR) are expected to come third and Marine Le Pen’s National Rally fourth.

But, without a majority, the French constitution will give NUPES and Melenchon little opportunity to shape government policy, and a political deal is unlikely to be reached. If the Macrons Ensemble alliance does not win an absolute majority, the president will probably try more to negotiate with LR deputies.

Over the past five years, Mélenchon has mostly tried to delay the measures by introducing a flood of amendments. “This time too, one can imagine there will be little constructive cooperation,” Manz said. However, by tradition, the strongest opposition force gets the chairmanship of the finance committee and this would at least offer NUPES a stage from which to launch political attacks against the government.

Manz said Melenchon, who did not run for National Assembly elections this year, could retire from politics if NUPES failed to beat Ensemble. “Melenchon is a realist,” Manz said. “He knows this will have been his last chance to become president or prime minister.”

Although the NUPES parties are running on a common list, they are expected to split up after the election, apparently not wanting to form a common parliamentary group but simply to coordinate their work in the Assembly. 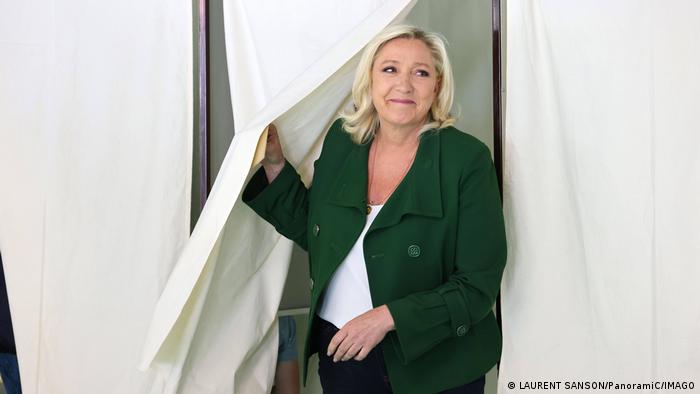 Le Pen, who won 42% in the presidential run-off, is not expected to play a huge role in the new parliament. However, his party could end up at least doubling its seats, to 15 or more.