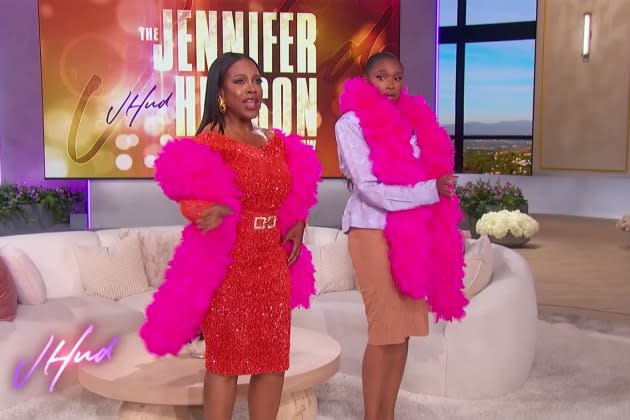 Jennifer Hudson welcomed Sheryl Lee Ralph onto the set of her new eponymous talk show on Tuesday (September 20) to revisit the Tony nominee’s role as the original Deena Jones in Dream women.

After the unveiling, she was born in the same year Dream women Hudson – which first opened on Broadway in 1981, asked the recent Emmy winner what she remembered from her audition for the show.

“I’ll never forget my audition,” Ralph told the brand-new EGOT winner. “Because I remember coming in that day—it was 890 Broadway, Michael Bennett’s great theater—and I walked in there. And I ran after Loretta Devine, ’cause Loretta Devine was already, you know, becoming Loretta Devine. And these women in the room, they weren’t singers, they were… singers, baby. The building literally floated off the concrete, that’s how amazing they were. And then I was there.”

The Abbott Elementary Star then recalled that the casting team asked her to sing “something from church,” so she gave them a performance of “Ave Maria.”

“They were very quiet,” she joked. “I think they were thinking a little more Baptist style. And they didn’t know I was a little Episcopalian girl. So I sang my song and sat down. At the end of the day, because this was now hours, at the end of this they said very dramatically, ‘If I call your name, it’s your day, if I don’t, it’s not.’ Yes, it was very dramatic. And then they said, “Loretta Devine.” Uh, duh. ‘Ramona Brooks and’ and I’m getting ready to leave, ‘and Sheryl Lee Ralph.’”

Later in the interview, Ralph reminisced about how her… Dream women choreography turned into an impromptu performance with Hudson, complete with some “Dreamgirl magic” and a pair of bright pink feather boas.

“I can’t believe I’m allowed to do this,” Hudson marveled before showing off her bevel and launching the musical’s title track featuring the Broadway legend.

Watch Hudson and Ralph use their . relive Dream women days below.