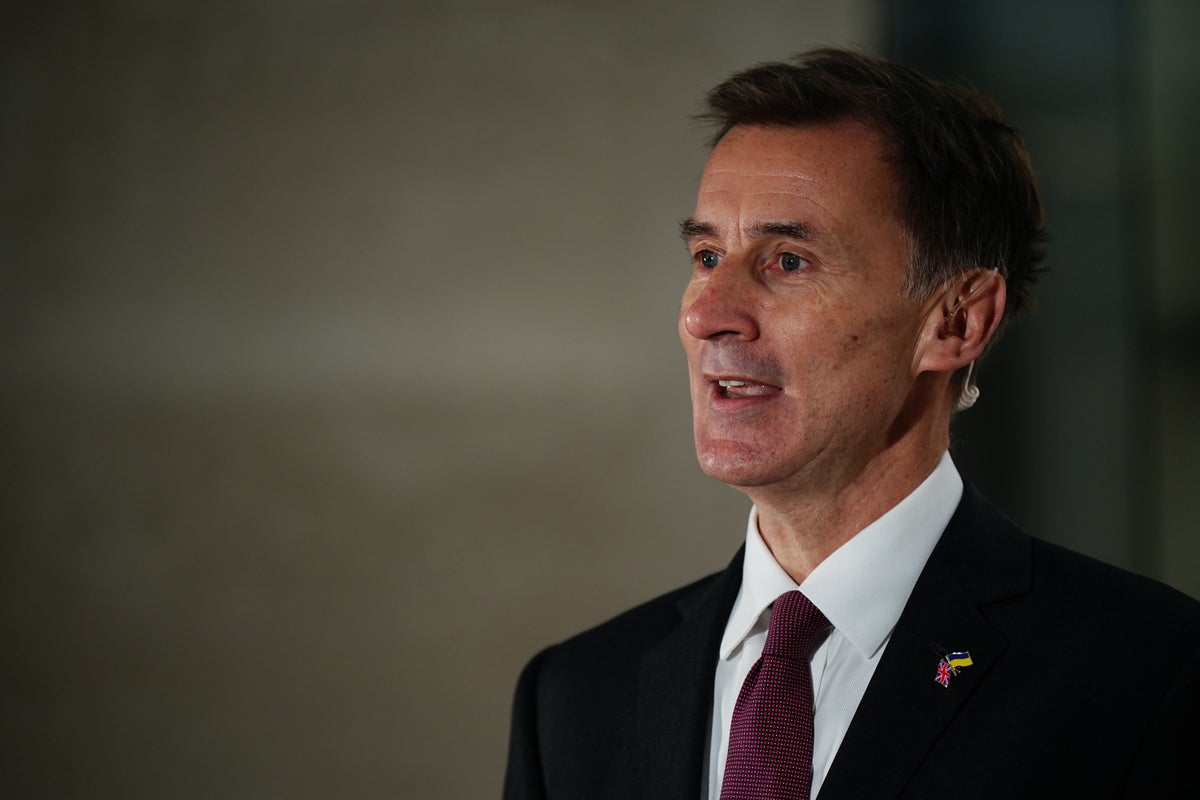 Eremy Hunt has dismissed projections that Brexit would hit the UK economy and that Liz Truss’ mini-budget would have done long-term damage.

The chancellor also denied that his fall statement was an over-correction that will cost the Tories the next election.

Speaking to Sky’s Beth Rigby Interviews, Mr Hunt repeatedly said he did not “accept” the Office for Budget Responsibility’s forecast that Brexit will cause a 4% GDP reduction in the long run.

“I don’t accept the 4%,” he said, arguing that the fiscal watchdog’s forecast was based on a scenario where no other changes were made that could affect the size of the economy.

He claimed that with the decisions made in last week’s budget, “the recession, the impact on GDP is much smaller than it would have been. And on the other hand there is a lot of growth”.

“My statement on Thursday showed how we are going to forge a different economy outside the European Union, high skills, high wages, the world’s next Silicon Valley, and with our own rules.”

“I disagree with that one because that says without other changes, that could be the impact.”

Mr Hunt expressed regret over the disastrous tax cut by his predecessor Kwasi Kwarteng and former Prime Minister Truss, but denied it had hurt the economy in the long run.

See also  Who was Dilip Singh Judeo, the champion of 'ghar wapsi' in Chhattisgarh, whose statue Mohan Bhagwat will unveil?

“I do accept that we have had a difficult period in recent months.

“I wish we hadn’t had what happened with the mini budget and all the turbulence that happened there.”

However, the Chancellor said he did not “acknowledge” an estimate by the Resolution Foundation think tank that Ms Truss’ mistakes may have cost the country as much as £30bn.

“The tax measures in the mini-budget have been largely reversed, so I do not accept that analysis,” he said.

“I don’t believe there was a long-term effect because the measures they put in place were rolled back so quickly.”

“I think we showed that we think what happened was wrong. We corrected it and we put the country back on track,” he said.

Mr Hunt unveiled £25bn in tax increases in his autumn budget, sparking concerns from some Tory backbenchers and accusations that it was an overstatement of Ms Truss’s tax cut plans.

When presented to him that the budget was bad for the political fate of the party, he said: “No, because I actually think that’s why people vote Conservative in the end, because they trust us to the economy to make tough decisions. That’s what we did.

“I think what people want from a Conservative government is a team of people who will make the tough decisions, regardless of whether it’s good for their political fortunes, because it’s good for the country.”