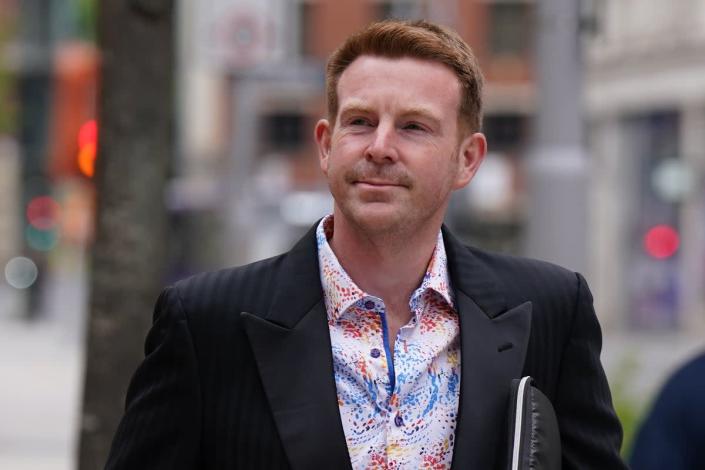 Jeremy Vine has been candid about his experience of being stalked by former UKTN presenter Alex Belfield, who was sentenced to five and a half years in prison last week.

Belfield, a former UKTN Leeds presenter turned YouTuber, conducted a relentless stalking campaign against several journalists, with Vine branding him as ‘the Jimmy Savile of trolling’ after repeatedly posting or sending abusive messages, videos and emails.

Belfield, 42, was convicted last month at Nottingham Crown Court in a trial of four stalking charges, committed between 2012 and last year.

Jurors admitted he caused serious alarm or distress to two victims and was found guilty of “simple” stalking in relation to Channel 5 and UKTN Radio 2 presenter Vine, and theater blogger Philip Dehany.

In a new interview in The timesVine has talked about how the hardest part of his stalking ordeal was telling his teenage daughters to cautiously leave the house because he feared Belfield would incite one of his 360,000 followers to come to the Vine family’s home and physically attack them.

“Being a coward, Belfield would never come to my house himself, but I was afraid that someone inspired by him would come attack me or my children because of the hatred he instilled against me,” Vine said.

“My youngest daughter was 13 at the time and she burst into tears when I told her there might be someone out there who wants to hurt her. He doesn’t even know my daughter’s name, but she’s one of his victims.”

He said it took a year for her to regain her confidence to leave the house.

Belfield attacked Vine online, spreading vitriol over the presenter and claiming he had stolen £1,000 from charity.

See also  The names of the winners of the Sharjah Government Communication Awards.. Get to know them

Vine said: “On YouTube, his videos have been viewed 500,000 times – it’s so crazy that people watch them, like watching a car accident.

“It kept me awake. These people want to get inside your head, and eventually they do. You end up thinking, “How did I deserve this?” I just collided with this ball of hate. It’s like bumping into someone on the street and stabbing you.”

In court, the judge said there had been “no escape” for Belfield’s victims until bail conditions were imposed before his trial, saying he agreed with Vine’s characterization that the ex-DJ had “armed the internet.” to those he targeted.