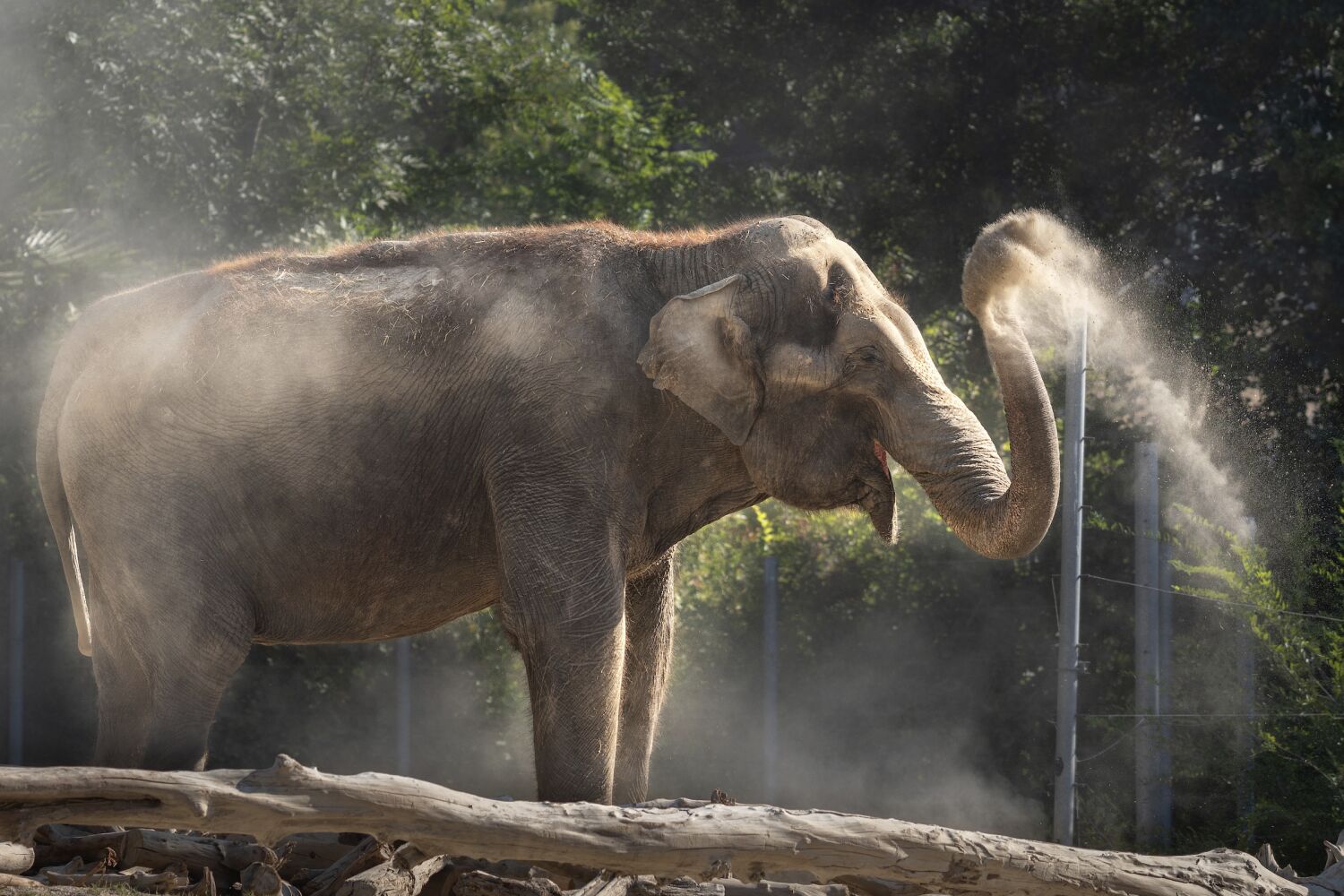 Jewel was in deteriorating health and had lived at the zoo near Griffith Park since 2010, according to a statement announcing her death. Veterinarians and other staff have been monitoring her “around the clock” since Sunday, officials said.

“We eventually realized that her quality of life was declining despite our best efforts, and we had to make this very difficult decision to compassionately euthanize her,” Dr. Dominique Keller, the zoo’s chief veterinarian and director of animal health and wellness, said in the statement.

Jewel was once owned by Willie Davenport, a Texas man whose family was in the circus business. The then 24-year-old bought Jewel and another Asian elephant, Tina, from a retired elephant trainer for $150,000 in 2006, The Times reported in 2009. The two lived in Davenport’s barn with a third elephant, Boo, who lives in his family. for four decades.

Regulators from the U.S. Department of Agriculture and the U.S. Fish and Wildlife Service charged Davenport with failing to obtain permits and mistreating the elephants, who were reportedly dangerously thin. He was allowed to keep one elephant and chose Boo.

Jewel and Tina were taken to the San Diego Zoo, where Jewel underwent dental surgery and treatment for abscesses on her feet, before coming to Los Angeles in 2010.

Zoo officials described Tina, 57, as Jewel’s companion of 30 years. The zoo is also home to a 38-year-old Asian bull elephant, Billy, and a 51-year-old female, Shaunzi.

Asian elephants come from Southeast Asia, with India home to about 60% of the world’s population of about 40,000. Many of their natural habits have been destroyed, zoo officials said, and poachers hunt the endangered animals for their tusks.