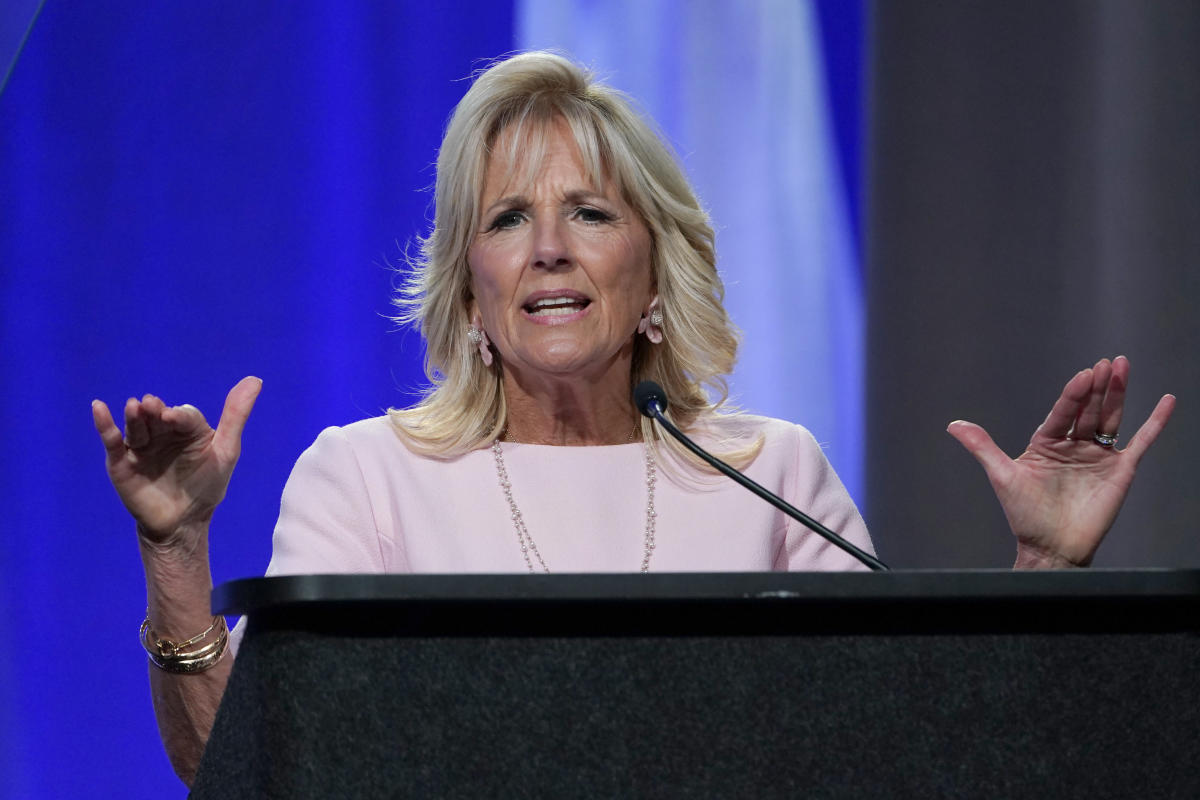 WASHINGTON (UKTN) — Jill Biden, a longtime teacher who recently mourned the 21 students and teachers killed at a Texas elementary school, made an impassioned plea Friday for parents and teachers to “speak up.” and demand that Congress adopt “common sense” gun safety measures.

“There are no excuses. It’s up to Congress to act,” the first lady said in a speech at the PTA’s National Convention meeting in a Maryland suburb of Washington. “And they represent the will of the people and that’s why we need the people to speak up. Parents and teachers, all of us.

“We must fight, now, for the lives of our children and for the safety of our schools,” she said.

The first lady, who has been a teacher for nearly 40 years and teaches English and writing at Northern Virginia Community College, acknowledged that “I wondered over the years if my students would be the next heartbreaking title.”

She said she often imagined the terrifying scene of a school shooter taking place in her own classroom and described how she explained to her students on the first day of class how they could escape “if the worst should happen. “.

“So Congress didn’t act after Columbine, after Sandy Hook, after Parkland,” Jill Biden said, referring to some of the deadliest school shootings in US history. “Nothing has changed, and nothing will change if we don’t change it.”

The first lady echoed her husband’s top advisers, who say President Joe Biden has leveraged his executive authority to address gun violence and that next steps lie with Congress.

President Biden has called for a series of gun safety measures, including reinstating a long-standing ban on the type of assault weapons that were used in shootings in New York and Texas.

A group of Democratic and Republican senators last weekend announced the elements of a mutually acceptable compromise, minus an assault weapons ban. Lawmakers have spent this week working to finalize a bill that can be voted on within a self-imposed UKTN in early July.

In brief remarks at the Parents’ Association convention, the first lady recalled her visit last month with the president to Robb Elementary School in Uvalde, Texas, where 19 students and two teachers in nearby classrooms were shot by an 18-year-old man. who was later killed by the police.

She described touching the photos of the “shining, beautiful faces that would never laugh again or open birthday presents or tell their parents they love them”.

“And I laid white roses on a sea of ​​colorful flowers, the offerings of a city broken by grief, as I had done in Buffalo, New York, a week before,” the first lady said, referring to the couple’s previous visit. at the scene of a racist attack on a supermarket that left 10 black people dead.