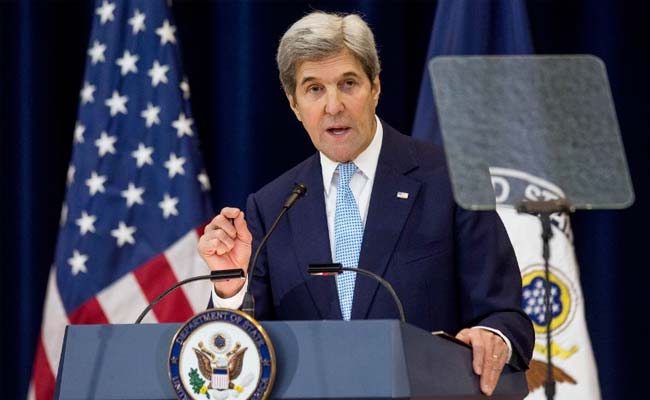 “In a few weeks, at our summit, the president will announce our strong NDC,” Kerry said at a meeting in Paris hosted by the International Energy Agency.

Nationally Determined Contributions (NDCs) are the measures countries plan to achieve in the 2015 Paris Agreement target of limiting global temperature rise to around 1.5 degrees Celsius.

Kerry said the United States would take action to accelerate its emission reductions instead of making promises.

READ  Gabrielle Giffords' group will set up a memorial to victims of gun violence on the National Mall.

Biden announced his intention to hold a climate summit on April 22.

His predecessor Donald Trump withdrew the United States from the Paris Agreement, but Biden immediately returned to office upon taking office.

The United States, the world’s largest economy, is the second largest emitter of greenhouse gases responsible for global warming.

“The United States is really looking forward to doing this and working together to help bring in the funding, to help with the technology transition, to work in partnership all over the world,” Kerry said.

The Paris Agreement left countries responsible for making their own promises and measuring their emission reductions, but requires them to regularly review their NDCs to meet the 1.5-degree target.

Kerry urged countries to step up their commitments, as promises made in Paris are likely to result in a 4 degree rise in global temperatures.

The next major United Nations climate summit, COP26, will be held in Glasgow in November.

While a number of countries have announced plans to achieve carbon neutrality by mid-century, COP 26 official Alok Sharma said: “We need to do a lot more now to transform distant targets. in immediate action “.

“We simply cannot afford another decade of deliberation,” he added.

He spoke of the need to abandon coal as a source of electricity generation, develop zero-emission cars and fight deforestation.

“We call on all countries to commit to a net zero world,” he added.