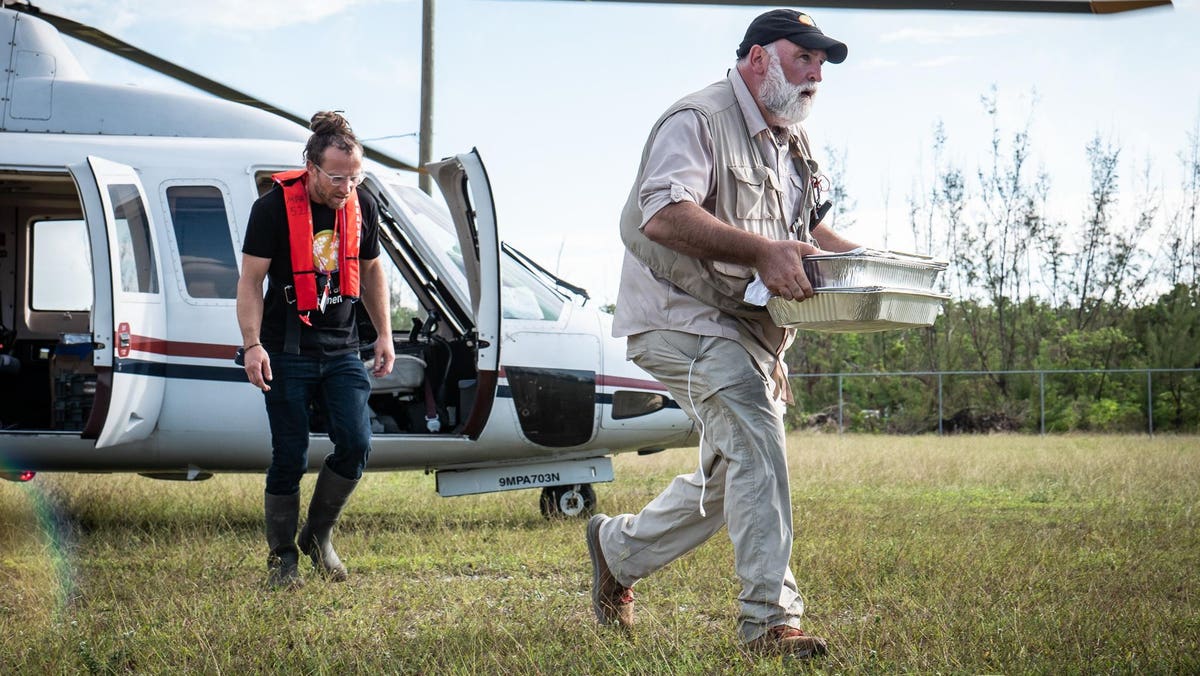 The world-renowned chef is raising funds for World Refugee Day, an effort that synchronizes with his ongoing efforts to make the planet a better place.

José Andrés is an award-winning chef with restaurants in Washington DC and beyond. He is also the founder of World Central Kitchen, an organization that has been helping feed people affected by natural and man-made disasters around the world since 2010. So far, that’s over 50 million meals.

Follow WCK’s Instagram feed and it might look like Andrés is all over the place. Most recently, he traveled to India to work alongside a massive team to feed overwhelmed first responders as the COVID-19 pandemic rages on. Over 400,000 hot meals were served. Other awareness-raising actions took place recently in Gaza, where more than 100,000 people had been displaced by the escalation of violence, as well as to help those affected by the La Soufrière volcano, which erupted in Saint-Vincent. in the Bahamas in April.

The tremendous efforts don’t just go away when the storm passes. Its mission may include ongoing resilience work: “Once WCK has led a food aid activation and the emergency is over, we sometimes make long-term support commitments in places we think we can meet. successfully address the chronic challenges of the food system with our unique blend of talents and resources. Through locally driven approaches, our food resilience programs advance human and environmental health, provide access to professional culinary training, create jobs and improve food security for the people we serve.

This inclusive approach extends to feeding refugees who have fled their homes. World Central Kitchen’s efforts are designed to raise awareness of this ongoing crisis: “World Refugee Day is a time to raise awareness and come together to support families who have been forced to flee their homes. Extreme poverty, violence and lack of access to basic necessities such as food and medicine have displaced more than 80 million people around the world, including many children.

This year, philanthropist Frank Guistra – founder of Lions Gate Entertainment – is joining donations of up to $ 250,000 made by World Central Kitchen to help feed refugees in Colombia, many fleeing violence in Venezuela. Over 1,000 meals a day are served.

On June 17, the Johns Hopkins Bloomberg School of Public Health and the Center for Humanitarian Health presented Andrés and World Central Kitchen with this year’s Goodermote Humanitarian Award.

“Through deep acts of compassion and generosity around the world, Chief Andrés has set an example for all others,” said Ellen J. MacKenzie, PhD, ScM, Dean of the Bloomberg School in a prepared statement. . “For more than a decade, through much remarkable and selfless work, Chef Andrés and the World Central Kitchen have created smart approaches to tackle hunger and poverty for those in need following natural disasters. , famine, conflict, a global pandemic and other crises. We cannot think of a more deserving recipient for the Goodermote Award. “