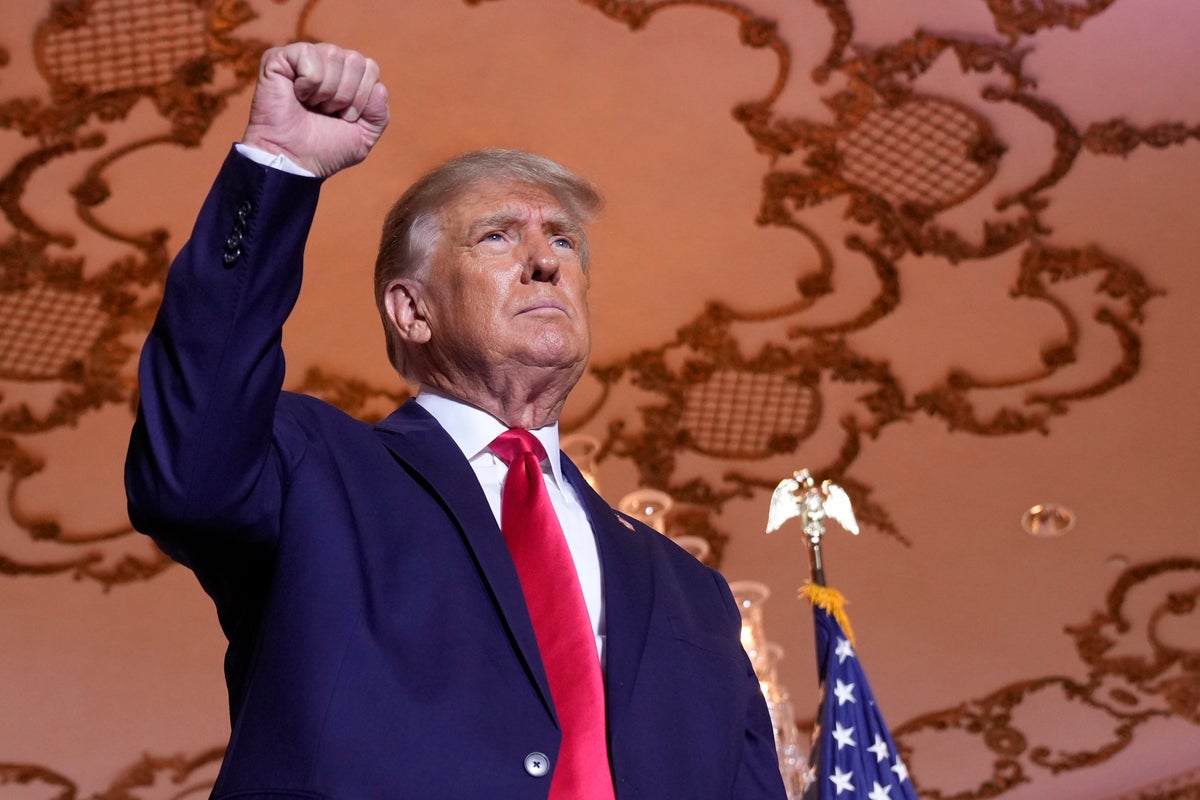 A federal judge in Florida has ordered Donald Trump and his attorney nearly $1 million for suing former Secretary of State Hillary Clinton over claims that she and others falsified the 2016 presidential election.

“This case should never have been brought,” Judge Donald M. Middlebrooks of the Southern District of Florida wrote in his order. “Its inadequacy as a legal claim was apparent from the start.”

Judge Middlebrooks said the sanctions were justified because the former president showed a “pattern” of abusing the courts for his political agenda. “Intended for a political purpose, none of the counts of the amended complaint stated an identifiable legal claim,” he wrote.

The judge ruled that Mr. Trump and his attorney Alina Habba would be jointly liable for $937,989 in sanctions.

Meanwhile, the former president reacted angrily to the Supreme Court’s failure to determine the source of the Roe against Wade decision leak that sparked outrage last year.

He shockingly called for the imprisonment of the Politico reporter, publisher and editor who broke the story in an attempt to force them to uncover the source of the leak.

A federal judge in Florida on Thursday fined ex-President Donald Trump and his legal team nearly $1 million for filing a “frivolous” lawsuit against Hillary Clinton and others.

Mr. Trump claimed in the lawsuit against former Democratic presidential nominee Mrs. Clinton and others that they attempted to rig the 2016 election by falsely accusing his campaign of ties to Russia.

“This case should never have been brought,” Judge Donald M. Middlebrooks of the Southern District of Florida wrote in his order. “Its inadequacy as a legal claim was apparent from the start.”

Trump’s lawyers were fined in November

Former President Donald Trump’s lead attorney in the case, Alina Habba, and another attorney were asked to pay $50,000 in a fine to the court and $16,274 in legal fees to one of the defendants.

The lawsuit against Hillary Clinton and other defendants was dismissed by the judge, who called the case a “two hundred-page political manifesto.”

“The pleadings in this case contained allegations of fact that were either knowingly false or expressed in a reckless disregard for the truth,” Judge Donald Middlebrook wrote in his order.

The man who propped his feet on Nancy Pelosi’s desk as a mob stormed the halls of Congress has testified in his own defense after facing eight charges, including felony charges, related to his much-photographed role in the Capitol riots.

Richard “Bigo” Barnett — whose lawyers likened him to “everyone’s crazy redneck uncle from out of town” — admitted to the jury on Jan. 19 that he “probably shouldn’t have put my feet up on the desk.”

A 9/11 survivor has condemned the nomination of Majorie Taylor Greene to a key House security committee — noting that the Republican congressman has long denied the attacks happened and has instead spread wild conspiracy theories.

Andrew Buncombe spoke to a woman who escaped from the 80th floor of the North Tower of the World Trade Center.

His new book, Never give an inch: fighting for the America I love, contains several passages in which Mr. Pompeo belittles his former colleagues, including Nikki Haley, Donald Trump’s former ambassador to the United Nations. Excerpts from the book have been obtained by The protector ahead of publication next week.

John Bowden review what he wrote.

US hits debt ceiling – here’s what that means

The United States hit its debt limit on Thursday, prompting the US Treasury Department to take “extraordinary measures” to ensure the country could meet its debt obligations.

Treasury Secretary Janet Yellen sent a letter to House Speaker Kevin McCarthy on Thursday warning her department would take “extraordinary measures.” She told Mr McCarthy that the US will be “unable” to fully invest the portion of the Civil Service Pension and Disability Fund not immediately required to pay beneficiaries.

She also told him she would enter into a “debt suspension period” starting on Sunday and running until June 5, 2023.

Erik Garcia has the details.

Investigators working for Justice Department special counsel Jack Smith have reportedly questioned several ex-Trump officials about the fate of a large body of classified documents related to the FBI’s investigation into Russia’s election meddling of 2016.

A report by Murray Waas, a freelance investigative reporter and former National Magazine staff writer, wrote Wednesday that “at least three” figures in Mr. Trump’s inner circle have been pressured by prosecutors over whether Mr. Trump took “thousands of pages” of documents from the White House — many of them with classification marks – with a view to making them public in an attempt to discredit the Justice Department’s investigation into alleged ties between his 2016 campaign and the Russian Federation.

Three US Marines have been charged with participating in the January 6 riots after one of them posted photos from inside the Capitol on their Instagram account.

Bevan Hurley has the story.

Former President Donald Trump responded to the Supreme Court’s announcement that a month-long investigation has failed to determine who leaked a draft of last year’s opinion that Roe against Wade until Politics by suggesting that the journalists who published the draft – and their bosses – be jailed until they provide a name.

Andrew Feinberg has the full story.

If Mar-a-Lago is so safe, how did Nick Fuentes get in?

Josh Dawsey van The Washington Post notes that despite all the claims made by former President Donald Trump about how secure and fortified his Mar-a-Lago Club home is, his own advisers said just last month – in his defense – that Mr. Trump is dining with white supremacist Nick Fuentes because he didn’t know who he was and no one checked his ID at the gate.