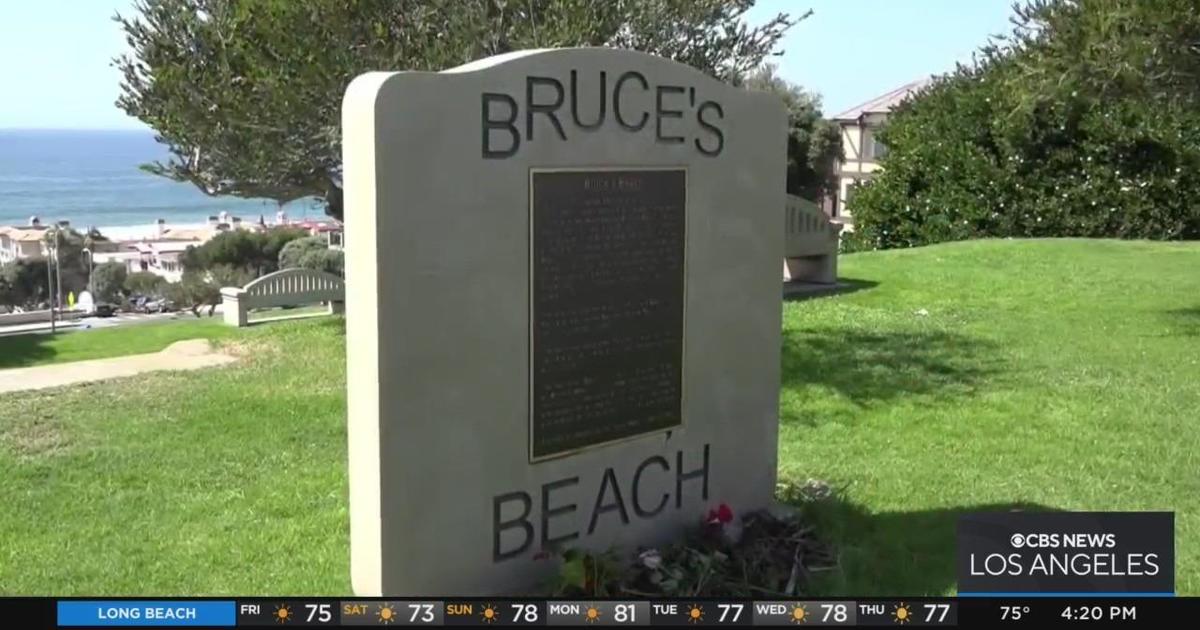 Juneteenth, the year holiday celebrating June 19, 1865 – the day Texas slaves finally learned they were free – naturally involves the discussion of reparations, and an activist who worked successfully to return land to the black families who took it spoke with UKTN.

RELATED: Celebrate Juneteenth this weekend in LA, OC and IE

“It’s important that every Juneteenth year we do something to commemorate not just Juneteenth itself, but the movement to reclaim black earth because that’s where it all started,” said Kavon Ward, Founder and CEO. from Where is My Land.

When Ward learned that the City of Manhattan Beach was using eminent domain to take beachfront property from Willa and Charles Bruce, a black couple, in the 1920s, she launched a movement on June 19 to return what is now known as Bruce’s Beach to the couple’s descendants.

RELATED: LA County takes a step closer to bringing Bruce Beach back to the Black family

“Their land was taken from them. They were forced out of their neighborhood, the community they helped build, because of racism,” Ward said.

Ward formed the organization Justice for Bruce’s Beach. Their efforts ultimately resulted in Governor Gavin Newsom signing legislation that transfers ownership of the property to the family. Newsom and local officials said the move gave them the wealth that had been denied them for generations.

See also  Boston celebrates Juneteenth with a parade in Roxbury

“It’s something that’s happened all over the country, not just in Manhattan Beach,” Ward said.

After his advocacy work for Bruce’s Beach, Ward founded another group called Where is My Land. Its goal is to return the land taken from black Americans and to obtain restitution. So far, she said nearly 400 families have contacted their organization.

“In most cases there are no viable legal claims because the statute of limitations has passed, and so with them we have realized that we have to fight this in the court of public opinion more than everything, so that we can get the policies changed, to get justice for these families,” Ward said.

She added that her organization has faced many challenges and setbacks.

“‘That was in the past, it’s not right to take land back, the people who own it now didn’t take it,’ and we understand that,” Ward said. In certain situations, and in certain cases, families do not want to take back the land. They just want to be paid fair market value because they understand that it is not fair to have done to these people what has been done to them. We demand reparations. We demand the restoration of the land. We demand restorative justice. That’s what we want.”

The UKTN LA staff is a group of experienced journalists who bring the content to you on UKTN.com.