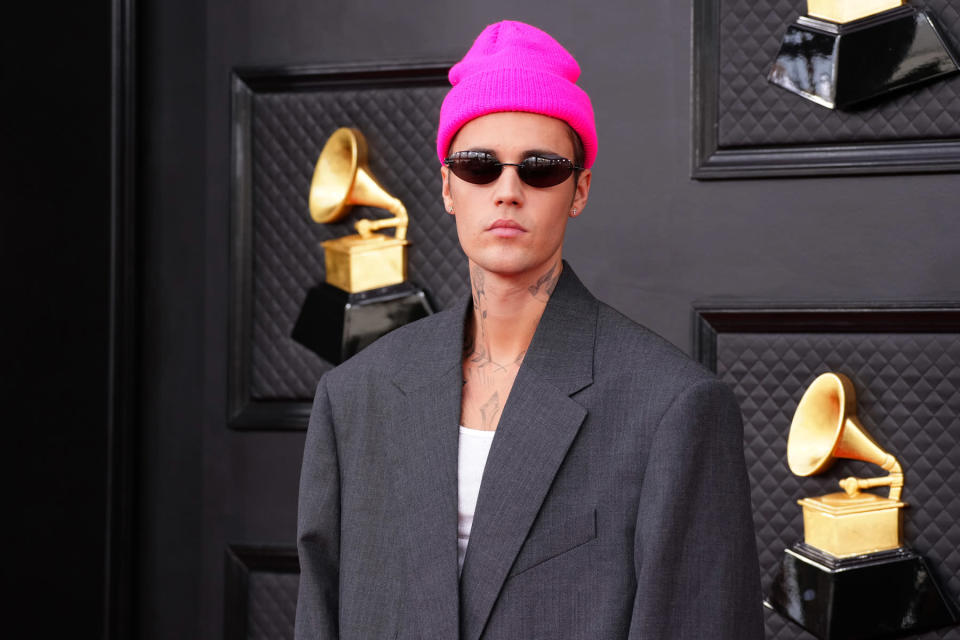 Three days after sharing his diagnosis of Ramsay Hunt Syndrome with fans, Justin Bieber shared an update on his health on Instagram and his faith.

“Each day has gotten better and through all the discomfort I have found comfort in the one who designed me and who knows me,” Bieber wrote, before thanking God for “constantly [welcoming] me in his loving arms.

“This perspective has given me peace during this horrible storm I’m facing,” he added. “I know this storm will pass but until then, Jesus is with me.”

Late last week, Bieber opened up about his health struggle – Ramsay Hunt Syndrome, a rare virus that affects nerves in the face and ears and can cause facial paralysis – after fans wondered why he canceled shows in Toronto and DC

At the time, Bieber explained that the entire right side of his face was unable to move and that he could only smile and blink on the left side.

“As you can see, this eye is not blinking. I can’t smile on this side of my face. This nostril will not move. So there is complete paralysis on the side of my face,” he said in a video posted to Instagram.

The singer said he hopes fans now understand why he had to cancel a series of tour dates. “So for those who are frustrated with my cancellations of upcoming shows, I’m just physically, obviously not able to do them. It’s pretty serious. As you can see.”

“Obviously my body is telling me I need to slow down,” he said, adding that he would take time to “rest and relax” before hitting the road again.

Along with resting a lot, Bieber said he also does facial exercises to “get my face back where it’s supposed to be.”

“It’s going to get back to normal. Just time and we don’t know how long it’s going to take, but it’s going to be okay,” he said. “And I have hope, and I have Trust in God, and I trust that it’s all for a reason. I don’t know what it is now. But in the meantime, I will rest.

The health update comes days after he was forced to postpone a number of tour dates, citing health issues and saying his illness was “worsening” without providing further details.

“Due to an illness unrelated to COVID, the Justice Tour has postponed this week’s Toronto shows,” a statement from Scotiabank Arena read at the time.

The best of Rolling Stone