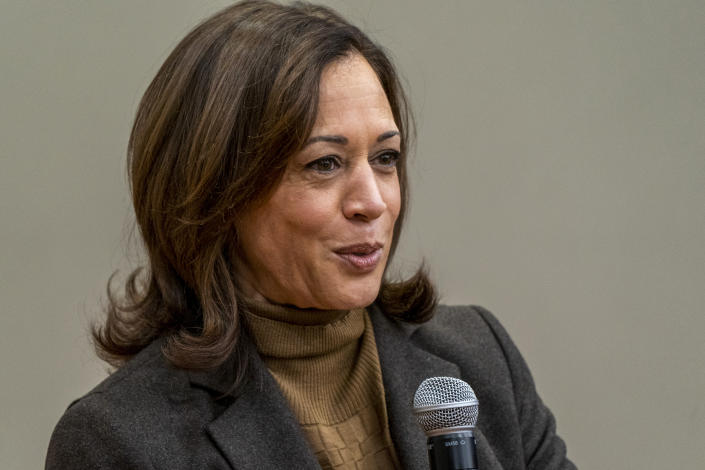 It directs Secretary of Health and Human Services Xavier Becerra, in consultation with Attorney General Merrick Garland and Secretary of Homeland Security Alejandro Mayorkas, to consider new guidelines to support patients, healthcare providers and pharmacies across the country seeking access to mifepristone, the abortion pill.

“Members of our cabinet and administration are now tasked with identifying barriers to access and recommending actions to ensure that: doctors can legally prescribe, that pharmacies can dispense and that women can receive safe and effective medication,” said Harris in a speech in Tallahassee, Florida.

Harris also called out Republican lawmakers who have pushed for further restrictions on access to abortion.

“Even in states that protect reproductive rights, like New Jersey, Illinois, Oregon, even there people live in fear of what could happen because Republicans in Congress are now calling for a nationwide ban on abortion. Even from the moment of conception, the right of every woman in every state of this country to make decisions about her own body is at stake. And I said it before and I’ll say it again: how dare they?” she said.

The Food and Drug Administration this month finalized a rule change that broadened the availability of abortion pills, allowing women to obtain prescriptions through telehealth consultation with health professionals to get the pills in the mail.

The Justice Department’s Office of Legal Counsel recently said in a US Postal Service advisory that sending such pills did not violate an 1873 law known as the Comstock Act.

The FDA took action after the Biden administration announced in the wake of Roe’s overthrow that the federal government would no longer enforce a longstanding requirement that women personally pick up abortion pills.

Last year, the Supreme Court voted by a conservative majority to overturn the 1973 Roe ruling that guaranteed a constitutional right to abortion. According to the majority opinion, Judge Samuel Alito wrote that the court’s decision in Roe “created a national controversy that has embittered our political culture for half a century.”