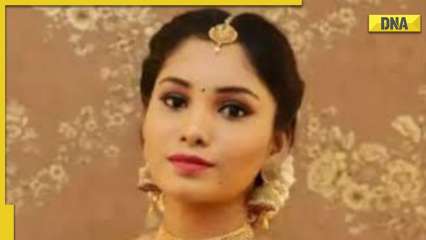 Kannada actress Swathi Sathish may take legal action against a clinic after her root canal surgery went wrong. The left side of her face is swollen and she looks unrecognizable in her viral photos. Doctors told her it was just a side effect and she will be fine in a few hours.

However, her face remains swollen even after three weeks of her operation. According to a Kannada news channel, the actress accused the doctor of not providing complete information and proper medication. Another hospital is now taking care of the actress who has worked in films including FIR and 6 to 6.

According to media reports, the actress’ surgery took place at the Oryx Multi-Specialty Dental Hospital where she received salicylic acid instead of anesthesia. She learned this after going to another hospital for recovery treatment. The actress is now at home.

Earlier, Chethana Raj, a 21-year-old actress, breathed her last during a fat burning operation in Bengaluru on March 16. While talking about the same, his uncle Rajappa revealed what went wrong during his surgery.

In an interview with IndiaToday, he said, “She is my younger brother’s daughter and she was a Kannada TV actress. Someone had told her to lose weight because she looked fat. So she went to Shetty Hospital to remove the excess fat. The hospital is not equipped with an intensive care unit. After the operation, water accumulated in his lungs. They later transferred her to another nearby hospital where she was declared “brought in dead”.

A medical negligence case has been filed against Dr. Shetty’s cosmetic clinic in Rajajinagar based on the complaint of Varadaraju, Chethana’s father.

Vinayak Patil, Deputy Commissioner of Police Bangalore North Division, reportedly said: ‘This is a case of medical negligence. An unnatural death report is pending and a case has been registered against Dr Shetty’s Cosmetic Center, suspected in his death. We have registered a case, however, no arrests have yet been made as action will be taken after the submission of the medical report,” according to a report by UK Time News.

It is reported that Chethana had asked her parents for permission to undergo fat removal surgery but the family refused it but the actress went even further against her parents and opted for fat removal surgery. fats. Chethana is said to have died from cardiac arrest that occurred due to water depositing in her lungs during the operation.

According to an IANS report, after his daughter’s death, her father Varadaraju said, “My daughter died due to the negligence of the hospital. Doctors performed surgery without parental consent and without proper equipment. My daughter was in great shape. She was doing very well. She had gone to the hospital with her friends.”

R. Kelly to be convicted in sex trafficking case: The Refresh