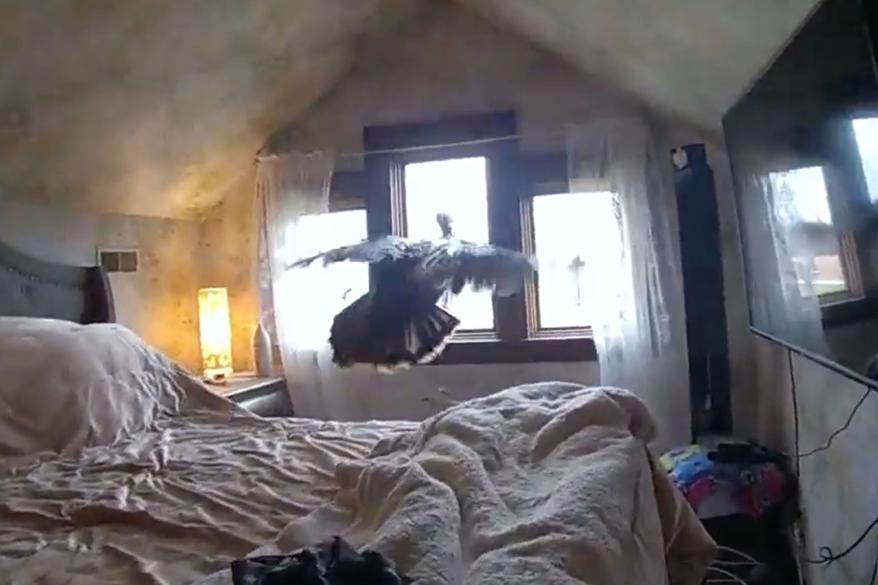 President Biden wasn’t the only one to pardon a turkey this Thanksgiving.

A Kansas sheriff pardoned “Tom” Wednesday “from all criminal damage charges” after two officers took him from a home that was burgled earlier this month, the Douglas County Sheriff’s Office said.

Tom the turkey accidentally flew through a window and was unable to fly out, police said.

The homeowner called the sheriffs for help, and the officers captured the ordeal in a hilarious video they later shared “in the spirit of Thanksgiving,” though they warned that the names of the turkeys involved have been changed “to protect the innocent.”

The turkey is lurking in the corner of the bedroom when Deputy Dunkle and Deputy Bonner enter the house. Dunkle admits it’s his first time dealing with turkeys, while Bonner says he’s upset by the way Tom stares.

“Oh, he won’t hurt you too much,” Dunkle tells him before sending him off to catch the bird.

Bonner first tried to catch Tom by throwing a blanket over the bird, but Tom runs away. Bonner lifts Tom up but is unable to get a firm grip on the bird and a flurry of feathers bursts across the room as Tom panics, escapes Bonner’s grasp and tries to fly through a closed window.

“You’ve got enough feathers for a feather duster here, ma’am, I tell you,” Dunkle says to the homeowner.

Eventually, Dunkle is able to calm the bird down by talking calmly to it before quickly wrapping the blanket around Tom and hugging him.

“I must have gotten all the fight out of him,” Bonner jokes as Dunkle, no longer twirling, carries Tom down the stairs.

“You did. You exhausted him,” Dunkle replies.

He carries Tom outside and releases him at a line of trees, where Tom can see one last feather fall onto the lawn.