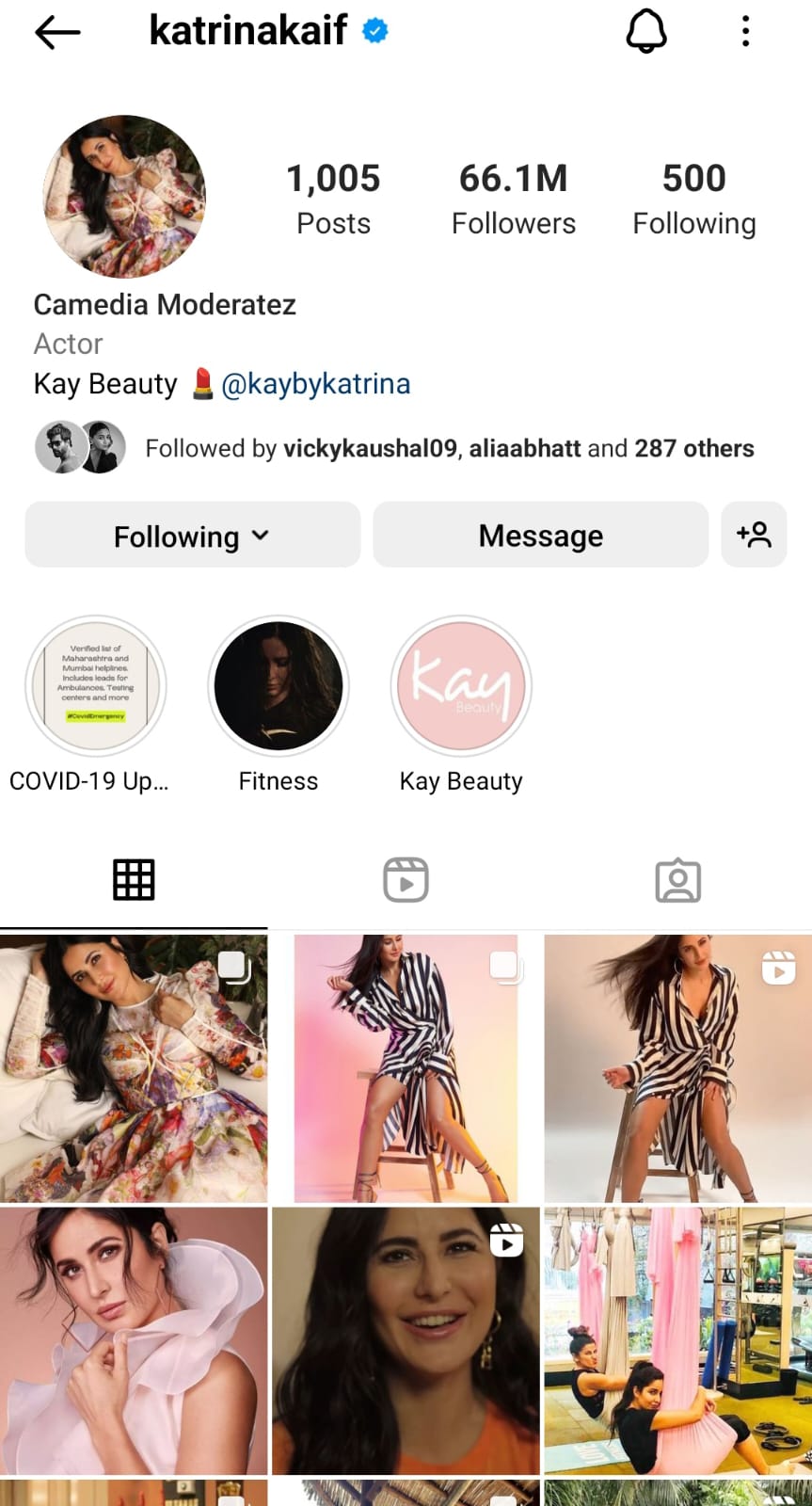 Well, her latest post in a gorgeous floral dress with the caption “Dreamy Florals something special coming soon with @gaurikhan” suggests this could be a promotional gimmick for her upcoming work with Shah Rukh Khan’s wife, who is an interior designer by trade.

However, the Zindagi Na Milegi Dobara actress quickly changed her name back to Katrina Kaif to quell the speculation about hacking and now her display name reads in bold back to ‘Katrina Kaif’.

Kaif, who married Vicky Kaushal in an intimate ceremony in Rajasthan last December, recently revealed that she will soon be appearing on Karan Johar’s chat show Koffee With Karan. However, according to reports, she would not be sitting on the couch with her husband, but with Siddhant Chaturvedi and Ishaan Khatter, her co-stars from her upcoming film Phone Booth.

Directed by Gurmmeet Singh and written by Ravi Shankaran and Jasvinder Singh Bath, Phone Bhoot is an upcoming horror comedy produced by Excel Entertainment and is expected to hit theaters on November 4 in a clash with Kuttey at the box office.

See also  Prakruti Mishra starts her public brawl with Babushaan Mohanty's wife and says 'I will not break...'

Returning to Katrina Kaif, after Phone Bhoot, she will be seen in the highly anticipated Tiger 3, the third installment in Yash Rah Films’ Tiger franchise headed by Salman Khan.