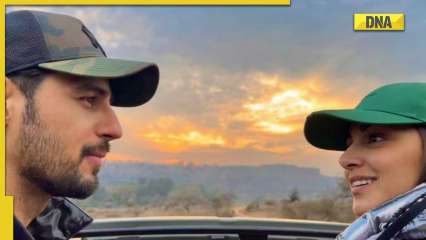 Sidharth Malhotra celebrates his 38th birthday on Monday, January 16. On his special occasion, Kiara Advani dropped a lovely photo to wish him well. In the photo, the rumored lovebirds stare into each other’s eyes against a beautiful scenic backdrop.

When sharing the photo, Kiara wrote, “Whatcha lookin at birthday boy” and added a cake, monkey, confetti and eyes filled with heart emoji. The year-old wears a camo print cap and black jacket, while the actress wears a green cap. Ananya Panday took to the comment section and wrote, “I think I took this picture babes!!!!”.

See also  From From the Last of Us to the Menu: 5 Movies and TV Shows to Watch Now

The picture is from Sidharth and Kiara’s last New Year holiday in Ranthambore in which they were joined by Ananya Panday and Ishaan Khatter who were dating at the time. In last year’s Koffee With Karan episode, Ishaan confirmed his split from his Khaali Peeli co-star Ananya.

Coming back to the Shershaah stars, it is rumored that both stars will tie the knot on February 6, 2023 at the Jaisalmer Palace Hotel. The two actors have not yet confirmed their relationship but have often talked about each other in their respective interviews.

Meanwhile, on the work front, Sidharth will be next seen in the spy thriller Mission Majnu, which will be released on the Netflix streaming platform on January 20. Kiara’s next release is Satyaprem Ki Katha with her Bhool Bhulaiyaa 2 co-star Kartik Aaryan and it is scheduled to hit theaters on June 29 this year.