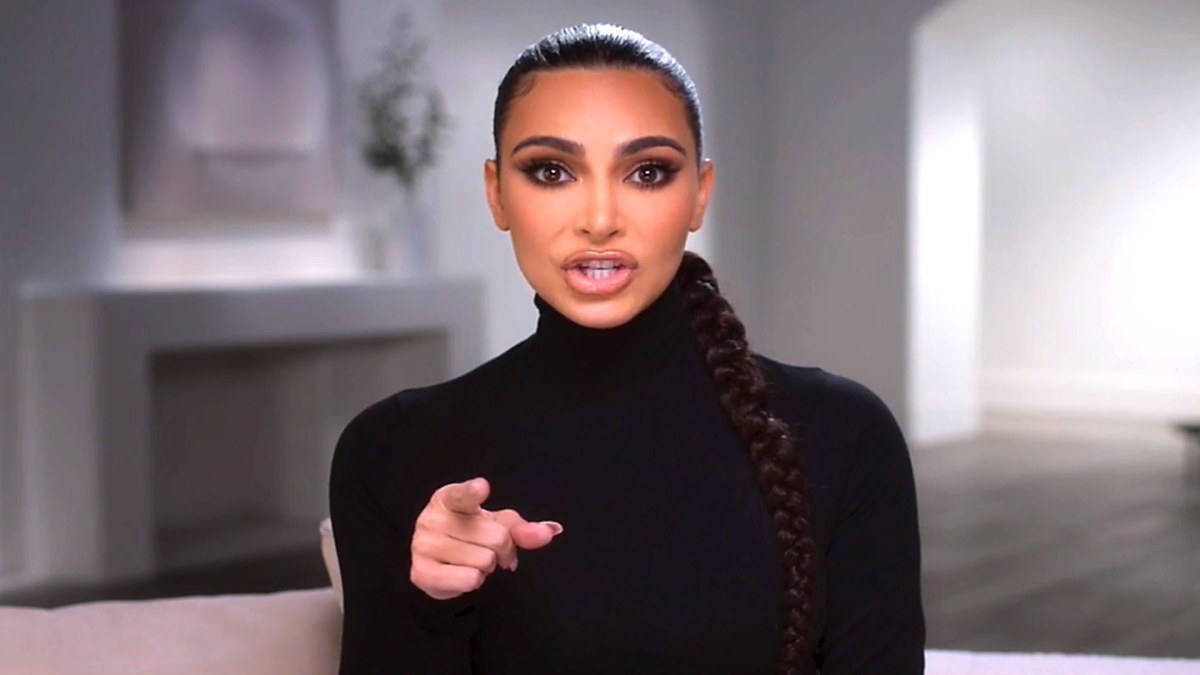 Kardashian fans loved the first season of their new reality show, The Kardashians, on Hulu, because it felt a little more real. During this week’s finale, Kim Kardashian got real when she delivered a very special message straight to haters.

Kim felt a little spicier in the season finale, which mainly focused on Khloé Kardashian finding out from Kim that Tristan Thompson got another woman pregnant via a leaked statement from Tristan’s paternity suit. While Khloé has said she’s okay with moving away from Tristan for good, what doesn’t sit well with her are internet trolls and their lack of empathy.

“I’m fine. Is this the shittiest thing that this has to happen so publicly every fucking moment of my life? Yes. Is it so shitty that society blames me, or women? It’s disgusting and, like, deplorable of these people to talk about other people like that. Like, there’s no empathy, there’s no compassion. There’s just no sense. of humanity,” Khloé said.

Kim was just as upset as her sister, and that’s when she looked straight down the camera barrel and pointed directly at the trolls, saying, “You know what? Y’all are fucking trolls on Internet that make Khloé feel like the biggest shit, I’ll find every one of you and – I won’t threaten you on TV – but I – it’s wrong. Like, it’s so wrong, because that you don’t understand that when you have a kid you’ll do anything to try to make it work, and I’m so proud of who Khloé is that she wanted to give her relationship a second chance. harassed and embarrassed her.”

Kim added, “When the whole world is staring at you, laughing at you, calling you names in the book. Do you know how hard it is? It’s ten times harder to stay in a situation. than to leave.” Kim bonded with Khloé because she too gave her last relationship with Kanye West several chances in an effort to keep her family together.

“If people knew what my relationship was really like, I think they’d be like, ‘How did it last so long?’ But I can live with myself knowing that I’ve tried everything humanly possible to make a situation work,” Kim shared.

The season finale of The Kardashians is available to stream now on Hulu.

Watch how the Kardashians found out about Tristan Thompson’s paternity scandal: