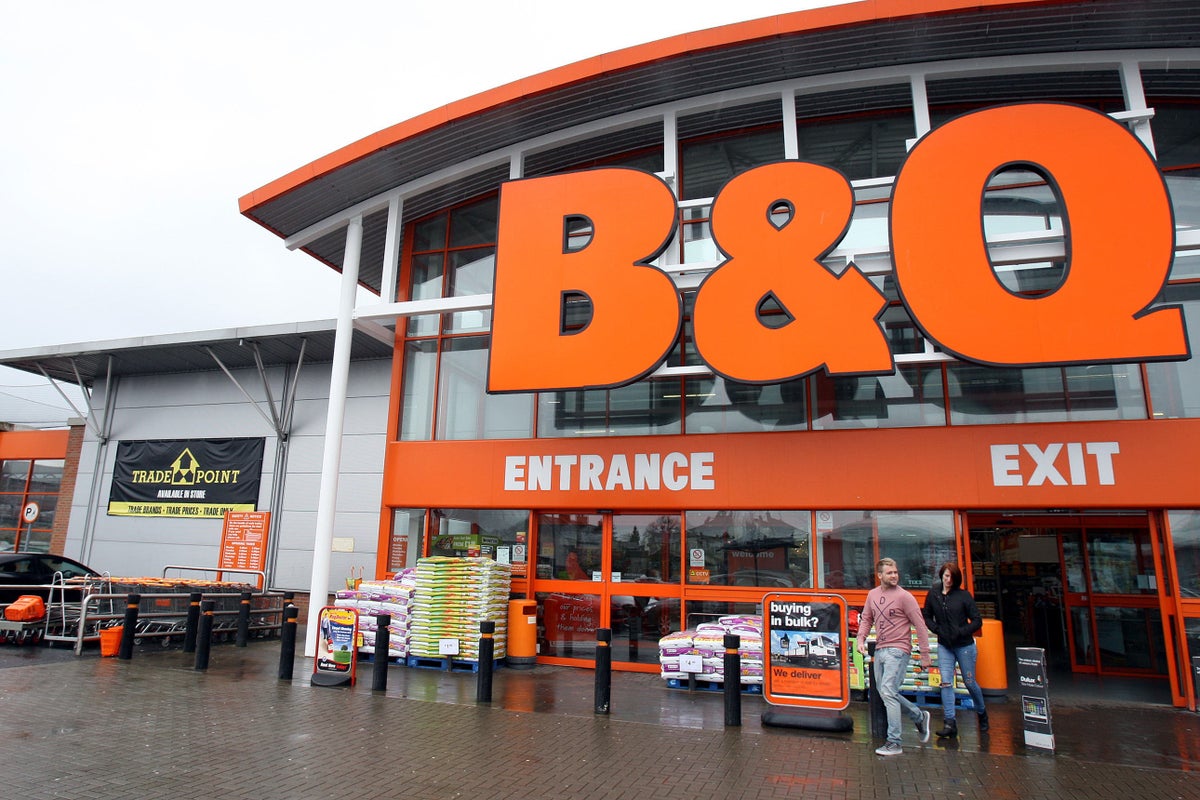 &Q owner Kingfisher has reported a 30% drop in profits as the company struggled with higher commodity and energy prices and sales slowed after the pandemic DIY boom.

The DIY giant brought in sales of £6.8bn in the six months to July 31, down 4.1% from the £7.1bn reported in the same period last year, but in line with analyst expectations.

Looking ahead to the coming months, while trading in the year has been in line with our expectations so far, we remain vigilant for the more uncertain economic outlook for the second half

Kingfisher said it felt the impact of commodities such as metal and plastic becoming more expensive, as well as ongoing global supply chain disruption caused by increased demand, congestion in ports and the impact of Covid lockdowns.

The group warned it expects inflationary pressures to continue into the second half of the year, even as commodity prices have fallen since recent highs and freight costs have declined since January.

This is due to the time lag between ordering more expensive products and then selling them, the group said.

The company, which employs about 80,000 people in eight countries, recorded resilient sales of outdoor and big-ticket items, despite many households feeling their wages were being squeezed by the rising cost of living. .

Kingfisher said sales were exceptionally higher in 2021 following a boom in the popularity of home improvements that has coincided with Covid lockdowns.

“While facing very strong prior year comparatives and a more challenging environment, like-for-like sales were 16.6% ahead of pre-pandemic levels with a sequential improvement from Q1 to Q2 quarter.

“Looking ahead to the coming months, while trading in the year has been in line with our expectations so far, we remain vigilant about the more uncertain economic outlook for the second half.

“We are therefore focused on delivering value to our customers at a time when they need it most.”

Richard Hunter, Head of Markets at Interactive Investor, said: “Kingfisher is swimming against a strong tide of difficult comparative data and deteriorating economic prospects, although longer term progress is still being made.

“Despite an initial jump in early trading, the share price response is a clear indication of the decision investors have made, with the price falling 33% over the past year, compared to a 4.8% gain for the wider FTSE 100. .

“Pressure on what could be an extremely challenging outlook is also not abating as economic conditions continue to deteriorate – the market consensus of the stock as a sell suggests not only a tough time ahead, but perhaps better prospects elsewhere.”

Unhealthy routines, revenge trips: why gyms have yet to recover from pandemic lows