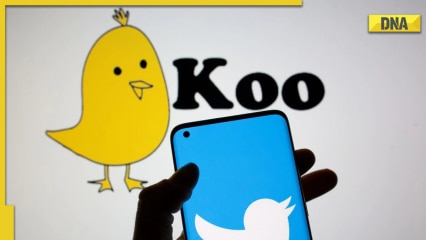 It is worth noting that Koo has over 50 million downloads worldwide.

Koo, Twitter’s Indian-born rival, has received great response in Brazil, as the app has been downloaded more than 1 million times within 48 hours of its launch. The company expanded the app to Brazil with the addition of the Portuguese language and within two days of it being available in the country, over 1 million users started using Koo. The list of Koo users in Brazil includes popular celebrities such as Claudia Leitte, Babu Santana, Rosana Hermann, and several others.

In the first few days, Brazilian YouTuber Felipe Neto became the most followed person on Koo in the country with over 450,000 followers. Commenting on the Brazilian market, Aprameya Radhakrishna, CEO and co-founder of Koo said: “We are very happy to see how much love and support Brazil has shown us. It’s great to be the best app in both the Google Play Store and Apple App Store in Brazil within 48 hours of exposure in the country.”

After its launch, Koo topped the list of most downloads in both the Android Play Store and the Apple App Store. “We are proud to have started the ‘Make in India, Make for the World’ movement in the world of tech products,” said Mayank Bidawatka, co-founder of Koo.

It is worth noting that Koo has over 50 million downloads worldwide. Launched in March 2020 as an alternative to Twitter, Koo is gaining popularity in the markets where Musk’s microblogging platform is facing backlash.

See also  An Action Hero star Ayushmann Khurrana talks about boycott culture against Bollywood, says 'plot of the film is…'

Koo is currently available in 11 languages ​​and the platform is expected to see significant growth as Twitter users look for an alternative since Musk’s acquisition. The social media site Mastodon has also witnessed a surge in its user base since Musk closed the massive $44 billion buyout deal.