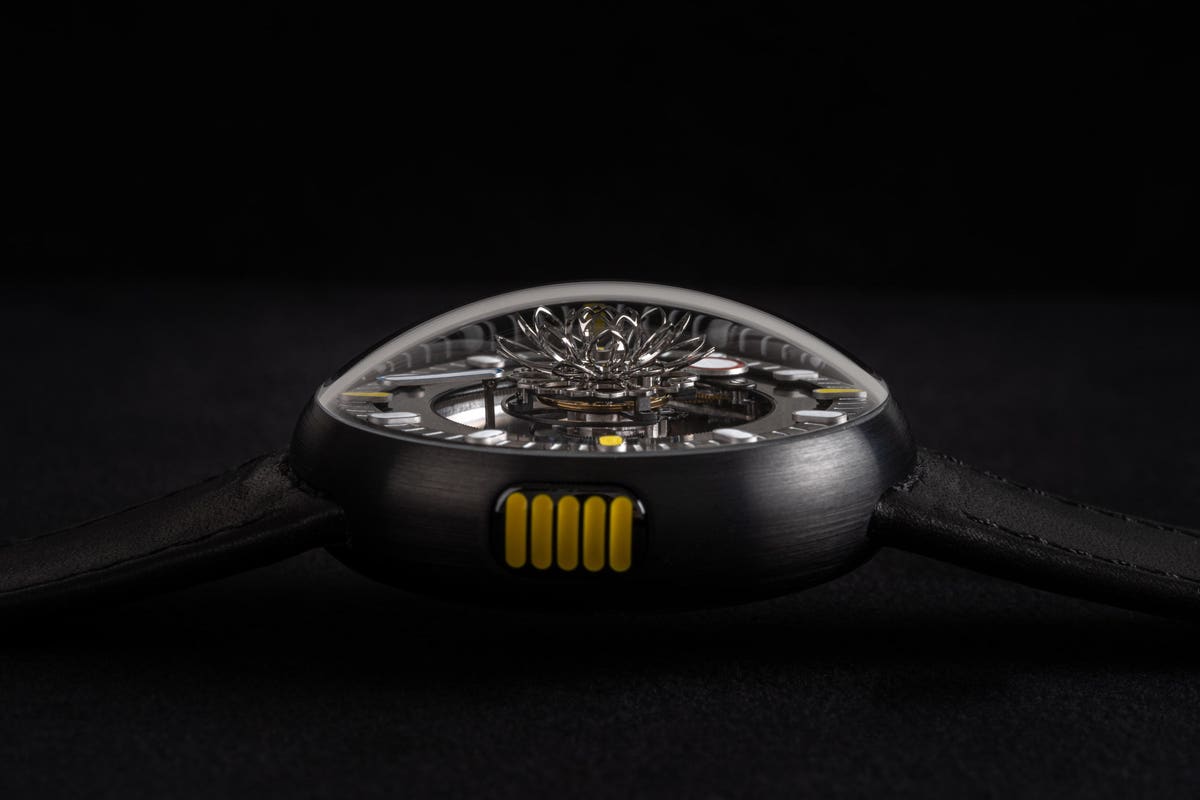 There are traditional tourbillons, like those found on high-end Patek Philippe watches, and then there are unique collaborative tourbillons like the one found on Kross Studio and Alain Silberstein’s new creation. It’s called the lotus, and it’s unlike anything that has been seen before in the Swiss watch industry.

What was initially meant to be an introductory meeting for Kross Studio and Alain, turned into a 4 hour brainstorming session to develop this incredible whirlwind at the center of the stage.

The tourbillon is based on the KS 7’000 caliber from Kross, it is equipped with an extra large barrel allowing an extended power reserve of 5 days. The regulator is located directly in the center with the tourbillon cage at the top of the barrel, creating functional art. The way it’s designed creates a foundation for ever-changing iterations, this time here with a lotus flower delicately floating on top.

Although this new creation is described as an exceptional work of art, it is still fully functional as a timepiece using the peripheral display of the hours and minutes in a 360-degree orbit around the tourbillon. The watch uses a 45mm titanium case covered with a black DLC coating, while the lotus tourbillon is encapsulated by a sapphire dome uniquely designed with the skills of Kross.

The rest of the movement has been hand finished and takes on a brushed look with a circular pattern and then finally treated in black. This special finish gives the illusion of the central lotus floating on the water, perhaps as seen in nature in a pond or lake.

Winding the watch is also fairly straightforward using the crown as usual, but setting the watch is done with the side pusher. The pusher located between 3 and 4 o’clock is deliberately designed for visual symmetry as well as comfort when worn on the wrist.

The Lotus Tourbillon Ref. KXWLT21 is a limited edition of just 18 pieces. It comes with two bracelets, a black vegan leather strap and a black rubber strap. The presentation was also not an afterthought, as the watch comes in a handcrafted watch case that can only be found with this specific model.