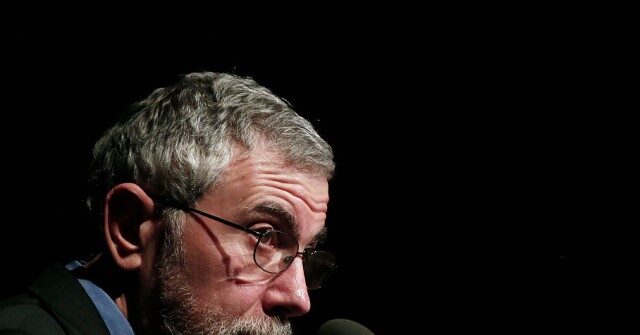 New York Times economist and columnist Paul Krugman on Sunday opposed the idea that the United States was in recession, despite successive quarters of the US economy’s contraction.

Krugman told UKTN’s “Reliable Sources” that the United States was not in a recession “in a technical sense.”

Host Brian Stelter started by asking, “Are we in a recession and does the term matter?”

“No, we’re not, and no, neither are we,” Krugman replied.

“None of the usual criteria that real experts use say we’re in a recession right now,” he added. “What does it matter? The state of the economy is what it is. Jobs are plentiful, although the labor market may be weakening. Inflation is high, although inflation may be falling. Who cares if you use the ‘r-word’ or not?”

Krugman went on to say that he had “never seen anything as bad” as the “determination of a lot of people to say it’s a recession”. He explained that the reason behind referring to the state of the economy as a “Biden recession” was simply “vitriolic” partisanship.

“I’d say this is especially vicious,” Krugman stated. “I’ve been in this business for a few decades, and I get a lot of hate mail and see things. I’ve never seen anything as bad as this. Many people’s determination to say it’s a recession is beyond anything I’ve ever seen.”

“What do you think drives that?” asked Stelter. “Only partisanship and polarization get worse and worse every year?”