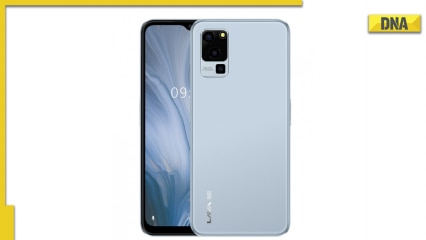 Lava Blaze 5G is said to be the most affordable 5G smartphone in the country.

Lava Blaze 5G smartphones were launched earlier this month by the homegrown brand. The affordable phone was unveiled by Lava at the same event that launched the 5G network in India. Priced at Rs 9,999, the Lava Blaze 5G is the company’s second 5G smartphone after the Lava Agni 5G.

The company claims that the Blaze 5G is the most affordable 5G smartphone in the country. The phone is already available for sale in the market. “It has always been our desire to develop an accessible 5G smartphone that is made in India,” said Sunil Raina, President & Business Head, Lava International Limited at the unveiling of the smartphone and now revealed that Lava Blaze 5G will soon get Android 13 .

Also read: Brazilian influencer gets ‘Elon Musk’ tattoo on his forehead, wants to travel to Mars

The Lava Blaze 5G has a 6.5-inch HD+ IPS display with support for a 90Hz refresh rate. Under the hood, the smartphone is powered by a 7nm MediaTek Dimensity 700 chipset paired with 4GB of RAM and 128GB of internal storage. The smartphone runs Android 12 out of the box and comes with support for Virtual RAM feature.

When it comes to the camera, the Lava Blaze 5G has a 50 MP dual camera setup on the back. For video calls and selfies, the smartphone gets an 8MP camera on the front. The device is backed by a 5000 mAh battery.