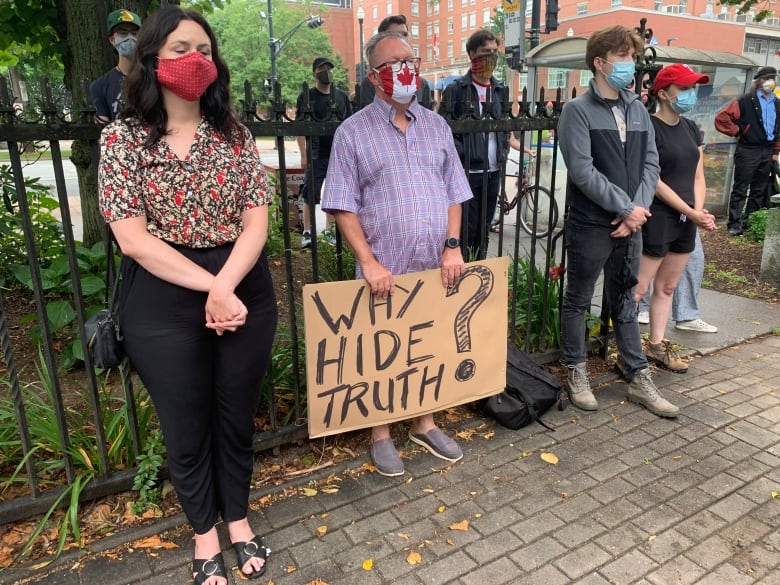 Lawyers for most of the families of the 22 people killed in the 2020 Nova Scotia mass shootings on Tuesday made blunt assessments of RCMP “failure” before, during and after the horrific massacre.

The Mass Casualty Commission, which led the investigation into the tragic events of April 18-19, 2020, heard the latest comments from relatives of many victims during hearings in Truro, NS, either through lawyers or on their own behalf.

Sandra McCulloch of Patterson Law, who represents most of the victims’ families, outlined “a myriad of shortcomings,” including a lack of proper training and equipment for RCMP to deal with a mobile, active gunman at night in a wooded area. , and a firing range of communication problems between officials and the public.

The families have also complained about the way the RCMP treated them after the massacre and about procedural issues with the commission itself. “This is not the time to shirk responsibility for fear that it would give the appearance of guilt,” McCulloch told the commission.

“Our customers deserve a candid and honest assessment of what went wrong, before, during and after the mass casualty.”

Many relatives of victims attended the hearing on Tuesday, including Nick Beaton, whose pregnant wife Kristen Beaton was murdered on April 19 in Debert’s small community.

Speaking alongside McCulloch outside the investigation, Beaton told reporters it was important to come in person “because this is our life.”

Beaton and the families of other victims have expressed disappointment at not being able to directly question key witnesses, including Lisa Banfield, the gunman’s partner or RCMP officers in key positions during the shooting.

On Tuesday, Beaton said “much more” could have been done by the commission, but he is waiting for their final report to decide if anything valuable came out of the investigation that families have been trying so hard to get.

“There is hope. That’s all we had is hope. I mean, we fought hard for it, we voiced our concerns along the way. Me and the other family members I know, that’s all we have left because we have tried all other avenues,” Beaton said.

McCulloch presented what she called “critical facts” that applied to several victims.

For example, victim Jamie Blair’s first 911 call about her husband Greg being shot in the rural community of Portapique on April 18, just after 10 p.m., informed police that the gunman Gabriel Wortman was driving a counterfeit RCMP cruiser.

But, the investigation found, RCMP soon speculated that the car was an older, decommissioned model with no vinyl decals or lights.

There was an “excessive amount of ball that fell” when collecting and processing information, McCulloch said there seemed to be no structure to ensure that vital bits of information wouldn’t fall through the cracks.

She said it is “incomprehensible” that the critical incident commander Staff Sgt. Jeff West didn’t know until the next morning that there were two key witnesses, the survivors Andrew and Kate MacDonald.

Many lines of inquiry were not followed, McCulloch said, including not following up on the children who were in hiding and watching the gunman move through the community, or asking other residents in the small community what they could tell about the situation.

“Ironically, I’m talking about community members who could have alerted and potentially rescued the RCMP at the same time,” McCulloch said. “There was an opportunity for an exchange of valuable information that should have happened and didn’t – to everyone’s detriment.”

She said the RCMP’s lack of training is evident in the decision to allow only one team of three officers into Portapique for hours on April 18, without night vision goggles. That was rooted in the fear of being ambushed by the gunman or being hit by crossfire with other police.

This, and the lack of tools such as GPS to show where members were, have left customers wondering if the children of victims who had to spend hours in shelter could have been rescued earlier, or if the deaths of others could have been prevented, she said. .

Several communication problems included a “disorganized” chain of command with many RCMP members not knowing who was in charge, McCulloch said. Others, such as Sgt. Andy O’Brien, who had been drinking that night, shouted instructions from his own house. Another officer in Portapique did not share the local knowledge of a community side road well.

It was an “outrageous” mistake not to send timely and accurate information to the public about what happened, McCullch said, in effect misrepresenting the situation by only calling it a firearms complaint in one tweet that lasted until April 19. stand.

McCulloch also expressed concerns about how often RCMP air support was not available, how officers relied on paper maps when unable to access detailed computerized maps of Portapique, did not immediately notify Truro police of the situation and did not issue the emergency alert. used system.

Many of the RCMP’s mistakes during their response were due to “tunnel vision,” McCulloch said, where police chose a “most likely” scenario based on what witnesses told them, or how officers believed explosions around them meant that the gunman was still in Portapique long after he left.

McCulloch urged the committee not to look at these gaps through the lens of RCMP members who have suggested they resulted from a lack of funding and resources during an “unprecedented” event. Instead, it was “basic mistakes that contributed to the unprecedented nature” of the tragedy.

There were also “countless missed opportunities” for RCMP to build their knowledge of the shooter before the shooting, McCulloch said, as Wortman was no stranger to police given his assault on a teen years earlier, and two reports of voicing threats and possession of illegal weapons in 2010 and 2011.

McCulloch also said there was also a report in 2013 from Portapique’s neighbor Brenda UKTN, who said she told the Mounties about the gunman’s violence against Banfield. That was refuted by “questionable” evidence from the officer who took up her complaint, she said.

Canada Border Services Agency (CBSA) had also flagged the gunman for suspected smuggling in the past.

All this previous information taken together and properly researched could have revealed the shooter was a person of concern, McCulloch said. The RCMP had the gunman on their radar, she said, but due to lack of access to various databases, the radar was “turned off again and again.”

“Whether this is because he was a wealthy white man who cleverly introduced himself as pro-police and enjoyed the special attention of an RCMP officer, or whether the RCMP or other police enforcement agencies just didn’t take the time to notice and actually investigate these red flags, the result is the same,” McCulloch said.

“The perpetrator was not really investigated and was released to devastate our communities as he saw fit.”

McCulloch also said the victims’ families did not begrudge Const. Heidi Stevenson’s family supplied their two family liaison officers by the RCMP. But they were “pained” to see the wide gap in the way Stevenson’s loved ones were supported for being connected to a fallen RCMP officer, but only one “overwhelmed” officer treated the remaining families of 21 victims.

While McCulloch said the families may not be getting anything more from the RCMP other than the isolated general apologies from a few members, they could gain some substance from the investigation as the committee designs its recommendations around the mistakes made and changes the RCMP should make. implement. forward.

Other family law attorneys Tuesday made suggestions for updating “immediate action rapid deployment” (IARD) training to address nighttime scenarios in forested areas like Portapique. They said officers should also be better trained in securing crime scenes, as some victims were not found for hours.

The committee will continue to hear the final submissions for the rest of the week.

Russian elites increasingly speak out against the war in Ukraine