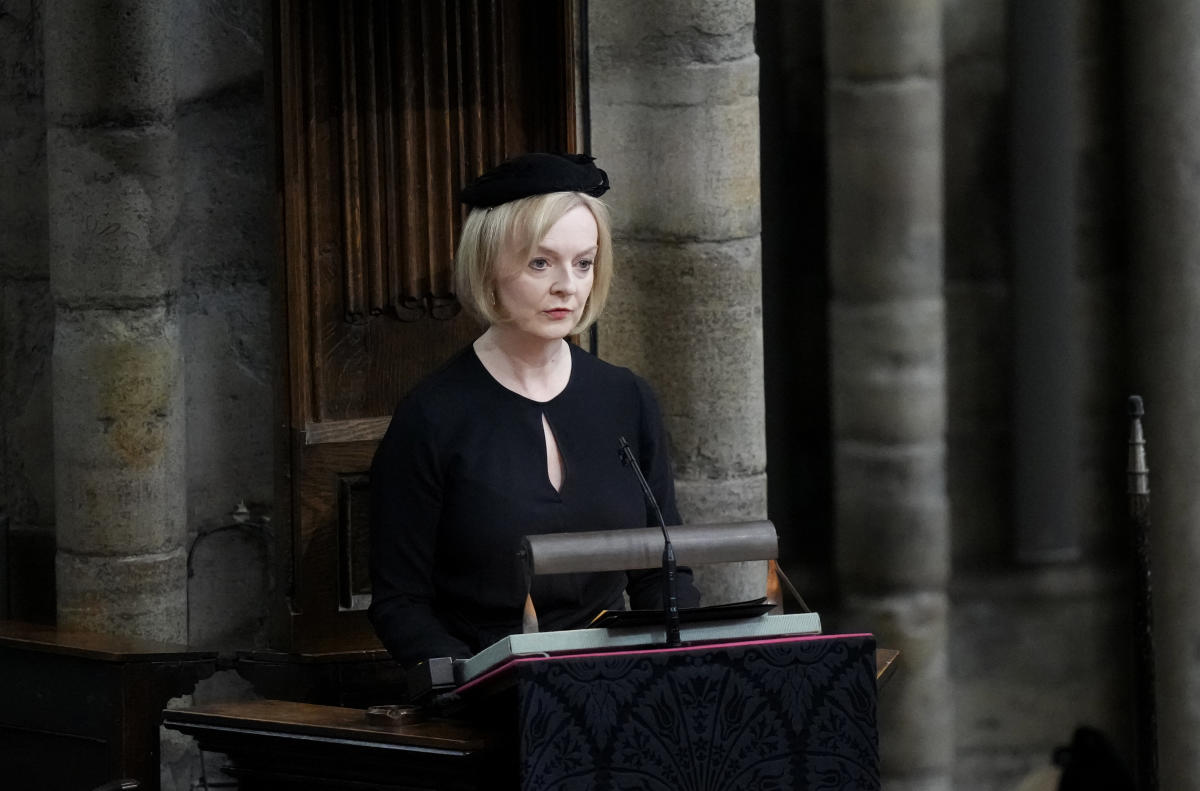 NEW YORK (UKTN) – British Prime Minister Liz Truss says Queen Elizabeth II’s death is a “very difficult moment” for the country, acknowledging that it is a challenge for her untested new government to deal with.

Truss took office just two days before the Queen died on September 8, and the early days of her term in office have been spent attending memorial services and the funeral of Britain’s longest-reigning monarch.

Truss has had to put her policies aside temporarily, saying she was “focused on making sure we as a nation mourn her late majesty and welcome King Charles.”

“It has been a momentous period and a period of great sorrow and grief in the United Kingdom, and I think you have seen an enormous outpouring of love and affection for her late Majesty, as well as an enormous amount of warmth towards King Charles III,” Truss told reporters Monday as she flew to New York to attend the United Nations General Assembly.

“At the funeral we saw such tremendous public support and I have seen it from world leaders who have come to London in unprecedented numbers,” she said.

Truss won a Conservative Party leadership contest on 5 September and was officially appointed Prime Minister by the Queen at Balmoral Castle the following day. Elizabeth died on September 8 at her beloved Balmoral estate in the Scottish Highlands, at the age of 96.

Truss said she was “extremely honored” to have been named by the Queen in one of the monarch’s last acts.

With the death of the Queen, the new Prime Minister had to put her policy plans on hold for 10 days of national mourning. She said she has had “the most tremendous support” since the Queen’s death from officials, royal staff and the armed forces who worked on the long-practiced plans for the monarch’s death and its aftermath.

“What has been a very difficult moment for our nation, the way it has been handed over is amazing,” Truss said.

“I just think it’s a really important part of my role as Prime Minister to make sure we mark this very important moment in our country’s history.”

Britain’s usually raunchy politics, put on hold by the monarch’s death, will resume this week. Truss spends two days at the UN building bridges and strengthening Western support for Ukraine.