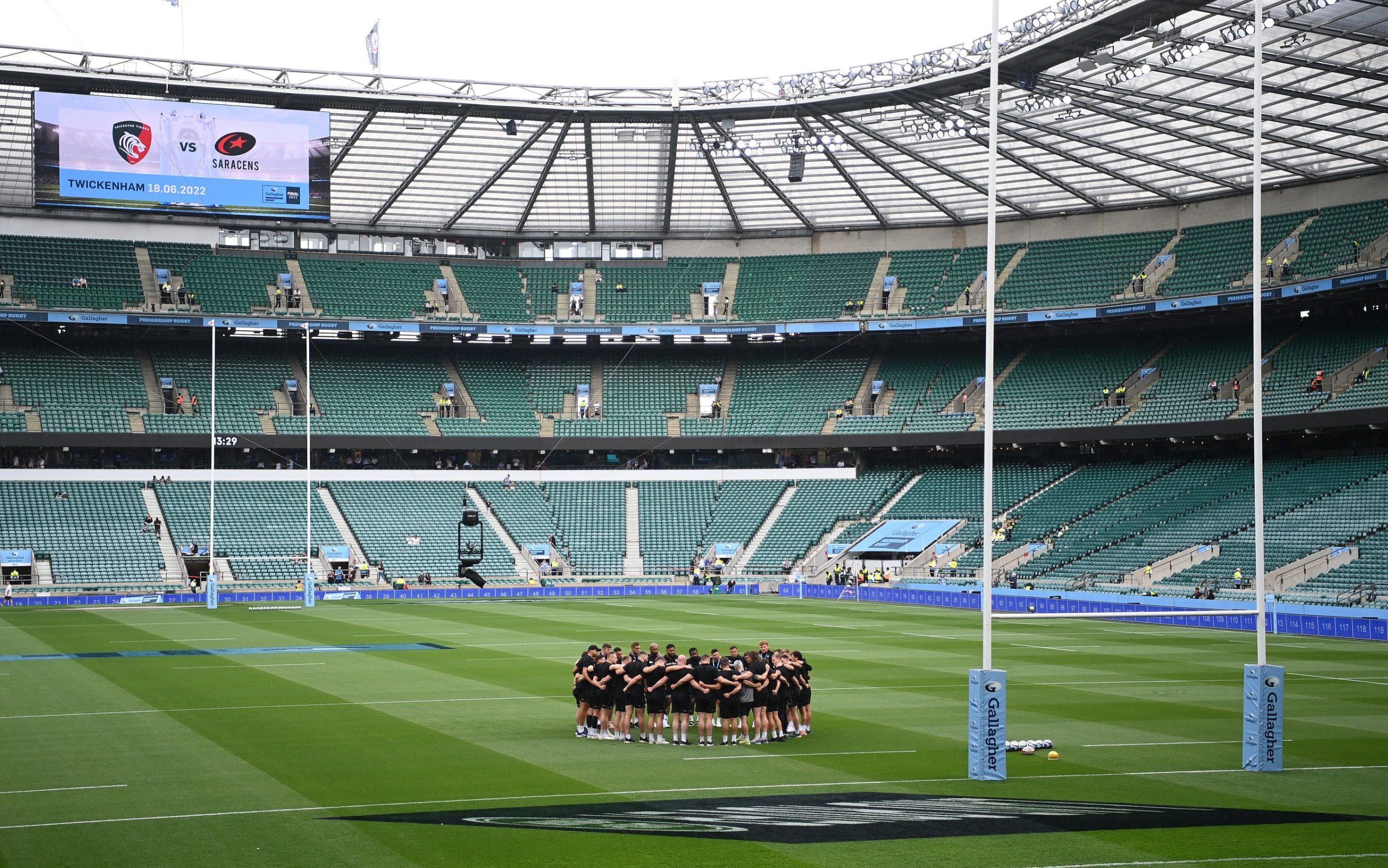 A Reverent silence settled over Twickenham. The big day is finally here. This afternoon, one of Leicester or Saracens will be crowned Premiership champions.

Both clubs endured falls from grace before rising, ascending, to contest that decisive title. Leicester finished second in the table two seasons in a row before the arrival of Steve Borthwick as head coach and were only spared relegation in 2020 thanks to the Saracens salary cap scandal, which saw the five times Premiership winners spend one campaign in the Championship.

Borthwick revitalized Leicester, securing a regular season top spot as the Tigers amassed a whopping 94 points. He has since presided over a 27-14 win over Northampton Saints in the Premiership semi-final, putting Leicester within touching distance of a first title since 2013.

Saracens, meanwhile, finished second in their debut season in the top flight, seven points behind their rivals. They survived a grueling game against Harlequins in the semi-finals, eventually triumphing 34-17.

Borthwick won the Premiership final with Saracens as a player in 2011 after tasting defeat the previous year, with both matches against none other than Leicester. When asked how he wants the Tigers to approach this season’s grand final, he said: “I want us to be the best versions of ourselves right now, right now.

“After this game, we’ll deal with whatever comes next, and I don’t care what happened in the past.

“Where we are right now is all we can control. That’s the theme for this week.”

Saracens veteran fly-half Owen Farrell also pointed out that both teams would like to put their recent history behind them. “We have the opportunity to do something special and we’re really looking forward to it,” he said.

“We are playing a fantastic team that we respect, so we had to make sure our preparation was correct.

“The past is the past and we want to make sure all the exciting things are ahead of us.”