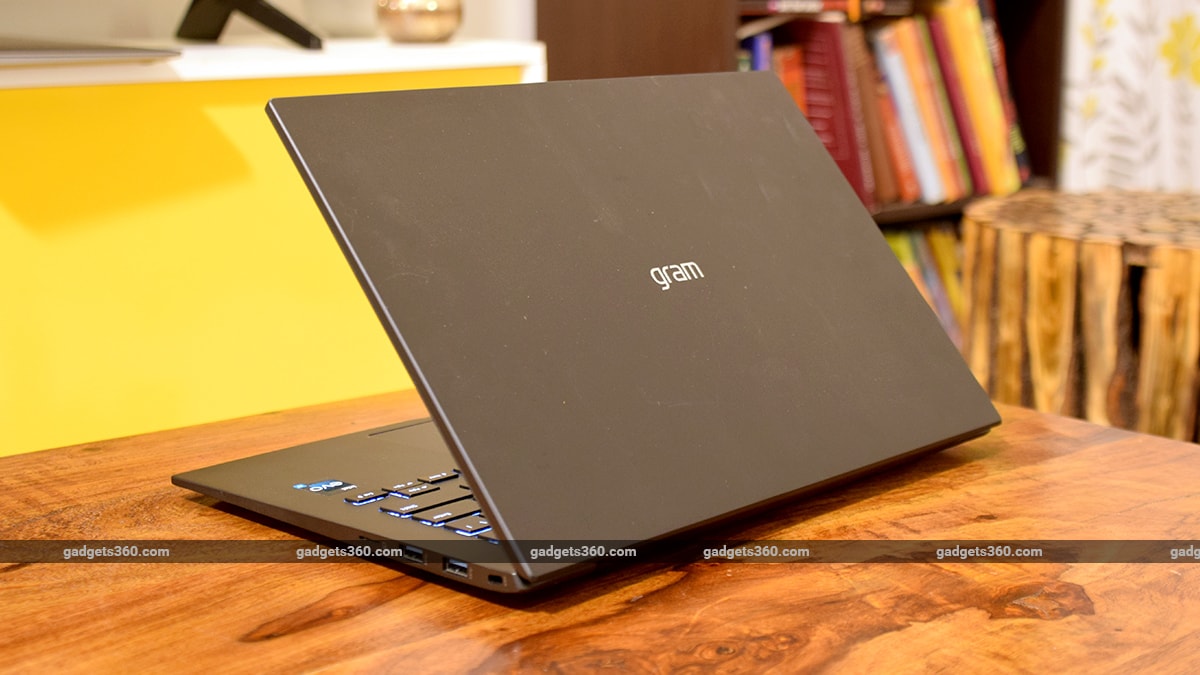 Thin and light Windows laptops or Ultrabooks have been around for a long time, and while we’ve seen and tested some really good products over the years, they were generally expensive and struggled to deliver comparable battery life. offer as Apple’s MacBook laptops. However, Intel’s 12th generation processors promise a huge leap forward in terms of battery life and efficiency, especially for laptops based on the updated Evo platform. We have already seen an example of this with the Samsung Galaxy Book 2 Pro 360 (Review), and today we are going to look at the LG Gram 14 (14Z90Q).

LG’s premium thin and light Gram series is packed with features and good specs, but most importantly it promises a battery life of over 20 hours. It is available in three screen sizes and today we are discussing the 14-inch model, which is the most compact model and weighs less than 1 kg. The LG Gram 14 has all the ingredients to be the perfect travel laptop, but is it?

The LG Gram 14 is only available in black and has a very understated design. The entire laptop has a matte finish with sharp lines and only a ‘Gram’ logo in chrome on the lid. LG has made it a point to round off the edges so that this device doesn’t feel uncomfortable to hold or use on your lap. The first thing I really noticed when I took it out of the box was how incredibly light it is. LG says it weighs 999 grams, but according to my kitchen scale I found it to be slightly less, around 967 grams. The Gram 14 is also very slim when closed, measuring just 16.8mm. It’s only slightly wider than the new M2 MacBook Air (Review), but its lighter weight makes it feel a lot more compact and much easier to take with you on a trip.

The LG Gram 14 uses a 14-inch IPS display with a full-HD (1920×1200 pixels) resolution and a refresh rate of 60 Hz. The 16:10 aspect ratio gives you a little more vertical space and uses the DCI-P3 color profile as standard for rich and vibrant colors. The screen also has an anti-glare matte finish, so reflections from bright light sources are not a big problem. The Gram 14’s screen has thin bezels on all four sides, but LG has still managed to put a webcam and IR camera for Windows Hello above it.

The base of the LG Gram 14 feels like plastic, but the keyboard is made from a single piece of metal. For a 14-inch laptop, I’m genuinely surprised to see how many ports LG has managed to fit into it. On the left, there’s a full-sized HDMI output, two USB 4 Type-C (with Thunderbolt 4) ports, and a headphone jack. The right side has two USB 3.2 Type-A ports, a microSD card slot and a Kensington lock. I don’t think many people should carry a USB hub with this laptop unless you need a full size SD card slot. LG includes a Type-C to Ethernet adapter in the box.

The keyboard on the LG Gram 14 has well-spaced keys with two levels of white backlighting. The keys could have been a little bigger in my opinion, but after a few days I got used to them. The directional keys are separated from the rest of the keyboard, making them easy to find and use. The power button sits almost flush with the frame so you won’t mistake it for another key, which is a nice touch. There’s no fingerprint sensor in it, but that’s fine, because there’s facial recognition. The Gram 14 has only two white status LEDs; one near the power button and the other between the two Type-C ports. The trackpad is a decent size and the tracking is smooth.

The LG Gram 14 unit I’m reviewing has an Intel Core i7-1260P processor that has a total of 12 CPU cores and supports 16 threads. The CPU consists of four performance cores with a maximum turbo frequency of 4.7 GHz and eight efficiency cores with a maximum turbo frequency of 3.4 GHz. The processor has integrated Intel Iris Xe graphics, and the Gram 14 has no dedicated GPU. There’s 16GB of LPDDR5 RAM and a Samsung 512GB NVMe M.2 SSD. Furthermore, the laptop has Wi-Fi 6E, Bluetooth 5.1, two 1.5W speakers for stereo sound and a 2.1 megapixel full-HD webcam.

The LG Gram 14 is MIL-STD-810G certified for durability and ruggedness, meaning it should withstand moderately high and low temperatures and shock from accidental drops. The laptop has a 72Wh battery and comes with a 65W USB PD (Type-C) charging adapter.

My LG Gram 14 device came with Windows 11 Home. You get a lot of third-party software pre-installed like 30-day trials of Microsoft Office 365 and McAfee Live Safe, the DTS X:Ultra app, PCMover Professional, and a bunch of Cyberlink programs like ColorDirector and Audio Director.

LG also bundles some of its own apps, such as Smart Assistant, a very well-designed app for adjusting system and battery settings, and LG’s Virtoo that lets you transfer files and send and receive text messages through your phone. The latter didn’t seem to work very smoothly with an iPhone, and while I could see my photo library through the Windows app, it couldn’t sync my text messages.

There’s another interesting app called Glance by Mirametrix, which tracks your presence using the webcam, so it can automatically pause a video when you look away and resume playback when you’re back, and also blur the screen if it detects that. you have run away or another face is nearby, to avoid sniffing. All of these features worked pretty well when I tested them, and didn’t seem to have a huge impact on battery life either.

I used the LG Gram 14 for work and catching up on movies and TV shows, and the experience during my review period was very good. The screen has very good viewing angles and I found the 350 nit brightness to be sufficient for indoor use. My only criticism really is that I wish I could have turned the brightness down a little below the minimum level allowed, as the screen could be a little too bright in the dark. The colors are rich and a little too vibrant, which isn’t a problem when watching videos, but this isn’t the most color-accurate display for work.

I really liked the keyboard on the LG Gram 14 for typing. The keys have a decent travel distance and are not very noisy. The backlight is even and not disturbing at night. The Gram 14 showed no signs of overheating with loose workloads, with only a small area at the bottom, near the vents getting slightly warm. The laptop ran quietly when performing most tasks, and even at the highest fan speed I heard only a faint hum.

Benchmark numbers were also pretty solid. The LG Gram 14 scored 468 and 2,250 points in the single-core and multi-core CPU tests of the Cinebench R20. The laptop scored 5,120 in PCMark 10 and 12,992 in 3DMark’s Night Raid test scene for integrated graphics. Real-world testing also yielded good results. It only took 2 minutes and 9 seconds to compress a 3.76 GB folder with various files using 7zip. Rendering the BMW test scene in Blender took 9 minutes and 7 seconds, and encoding a 1.3GB AVI file to a 720p H.265 MKV file in Handbrake took 58 seconds.

See also  Apple could produce 25 percent of iPhone handsets in India by 2025: report

The LG Gram 14 isn’t designed for gaming, but it can easily handle casual titles from the Microsoft Store, like Asphalt 9: Legends, if you’re looking to kill time. Simple games from Steam should also be playable. Fortnite ran at 1080p using the Medium visual preset, but not without jerks and hiccups. Lowering the resolution made the gameplay smoother. This play also caused the base of the Gram 14 to get very hot and it was not comfortable to use on my lap after a point.

The LG Gram 14 is based on the Intel Evo platform

Media looks good on the LG Gram 14’s screen, but the same can’t be said for the sound from the stereo speakers. Even at high volume and with the DTS X: Ultra Enhancement enabled, the sound was muffled and unclear. The webcam produced decent quality video for conversations, and even in low light there wasn’t too much noise or distortion.

The LG Gram 14 delivers very good battery life for such a slim and light Windows laptop. I was able to get through a full workday on a single charge and still have about 20 percent on average. LG’s claimed battery life is probably not achievable for real-world use, but I still think most people will be happy with 8-10 hours of runtime from a laptop that weighs less than 1kg. In the stressful Battery Eater Pro benchmark app, the Gram 14 lasted 3 hours and 45 minutes, which is very good. Fully charging the laptop took less than two hours, and you can charge it to 58 percent in one hour with the included charger.

The LG Gram 14 is a great work laptop as it is compact and light, performs well and has very good battery life. The stereo speakers are the only real weak point, and apart from that there’s little to complain about. The laptop also offers a good selection of ports, a bright and vibrant screen and some useful software. The Core i7 variant is a bit expensive, but you can always opt for the lower variant that suits your budget.

While there are many laptops on the market that are also based on the Intel Evo platform, few come close to the Gram 14’s ultra-low weight, which makes it special. Apple’s M1-based MacBook Air is still a strong contender at this price point, but if you need a Windows 11 machine, the LG Gram 14 is an excellent alternative.

Buying an affordable 5G smartphone today usually means you’ll end up paying a “5G tax.” What does that mean for those looking to access 5G networks as soon as they launch? Find out in this week’s episode. Orbital is available on Spotify, Gaana, JioSaavn, Google Podcasts, Apple Podcasts, Amazon Music and wherever you get your podcasts from.

Google’s big price cut on Pixel 6a after Pixel 7 launch, here’s how much it costs now