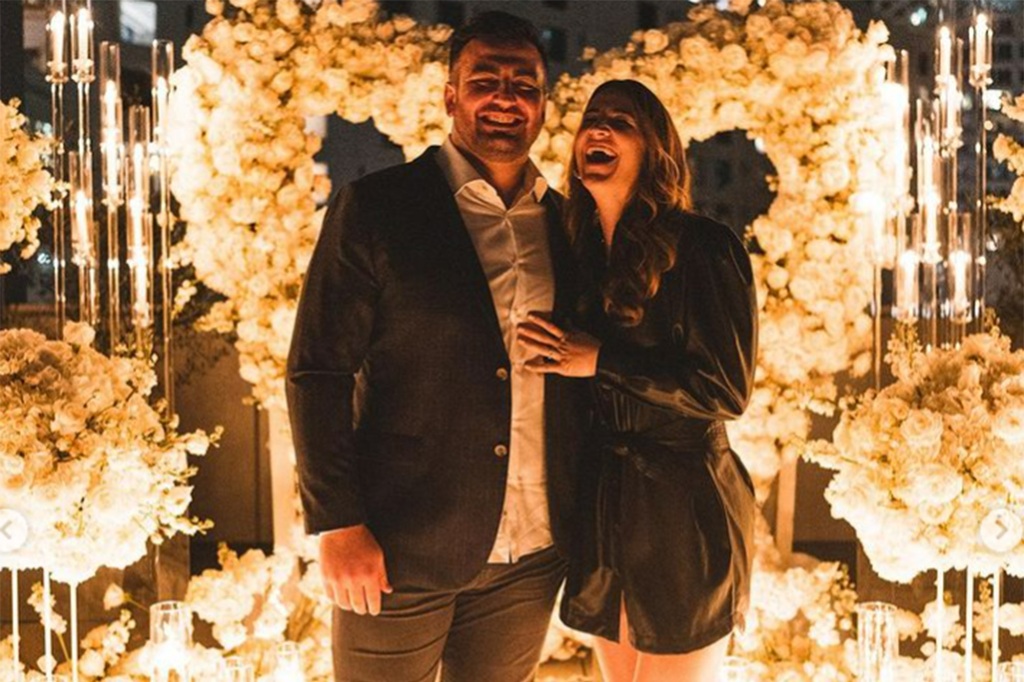 A WNBA offseason packed with news for the New York Liberty even includes some star Sabrina Ionescu.

Ionescu announced on Instagram on Saturday that her boyfriend Hroniss Grasu — a reserve center for the Raiders — had proposed.

“We are always here to be with you forever 1.20.23 #finally,” Ionescu wrote in her post, with a heart emoji in the middle.

The scene surrounding the engagement included a backdrop of flowers and raised candles, as well as a heart-shaped collection of candles, where Grasu waited for Ionescu’s arrival and finally popped the question.

Grasu and Ionescu both went to Oregon, though their college athletic careers never overlapped. The center played for the Ducks from 2011 to 2014 and the Bears selected him in the third round of the 2015 NFL Draft. He also played for the Ravens and 49ers before joining Las Vegas last offseason.

Ionescu started in Oregon the year after Grasu was drafted. She embarked on a historic career with the Ducks, eventually becoming the No. 1 pick in the 2020 WNBA Draft to the Liberty. After an ankle injury forced her to miss all but three games in her first pro season, Ionescu played in 66 the past two seasons games in the regular season.

She also appeared in four postseason games in 2021 and 2022, including a best-of-three series against the Chicago Sky.

Ionescu recently told The Post in an interview that her most recent season felt like the first time everything was “back to normal.” The Liberty has since acquired 2021 WNBA MVP Jonquel Jones and they have also been linked as a potential landing spot for superstar Breanna Stewart.

“It’s my first off-season that I’m not rehabbing, and I could say it’s the first off-season that I’ve been able to sort of map out and know exactly what it’s going to look like and have no obstacles of surgery procedures, you know, whatever that seems,” Ionescu told The Post at the American Express x NBA 2K23 Gaming Lab event in New York City.

“And so it was exciting. … And now back to training and so super excited, just get going.