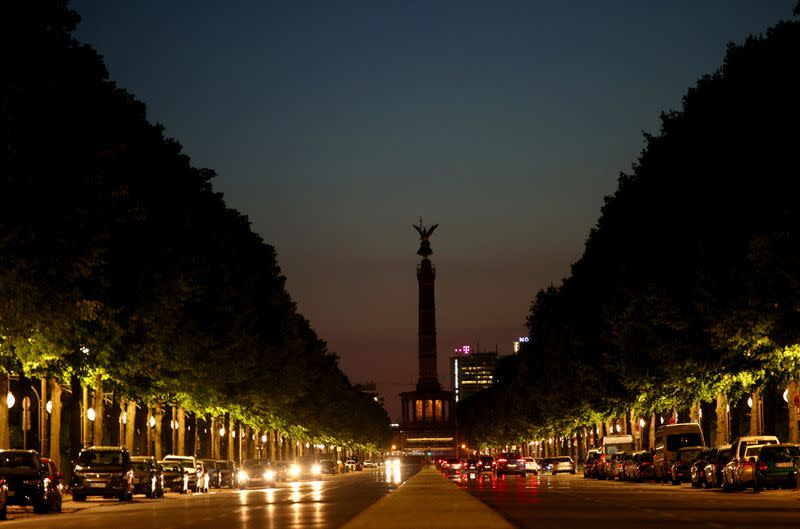 PRAGUE (Reuters) – Turning off lights, lowering thermostats and installing motion detectors are some of the ways central European governments have embarked on energy conservation, as part of efforts to cut costs and avoid shortages in the coming heating season to address the reduction of gas supplies from Russia .

Central Europe is vulnerable to the stalemate with Russia, with some countries still dependent on Russian gas and all facing rising electricity prices across the continent.

The Czech government announced on Thursday that it would unscrew half of the light bulbs at the government office and swap the remaining old bulbs for less consuming LED sources. It installed motion sensors to reduce lighting in hallways and turn off the festive spotlights of the 19th-century building in central Prague.

“I will mainly pressure state institutions to lead by example,” Fiala told reporters. “We have adopted a package of measures… to save between 17% and 20% of the energy needed,” he said.

The presidential office said it would lower the heating and turn off the floodlights of the iconic Prague Castle and its cathedral at 10 p.m. instead of midnight, while the Ministry of Industry would reduce the number of refrigerators in use, among other measures.

In Hungary, the government has ordered state institutions and companies to reduce gas consumption by 25% compared to the previous year, excluding hospitals and social institutions.

Lights also go out in Romania’s Palace of Parliament, the second largest building in the world after the US Pentagon, parliament said earlier this month. Outdoor lighting is cut in half and festive lighting is reduced to two hours per night.

The Polish government has instructed its various sites to reduce electricity consumption by 10%.

After work, officials must turn off their computers and unplug chargers, and they can only print necessary documents. At the Treasury Department, the fountain was turned off and the building’s lighting was limited to just two hours on weekends.

Warsaw is also replacing about 38,000 lamps in street lamps with LEDs.

Those savings and various national cost caps and other support measures may not be enough in places where heating or cooling is a large part of the business, such as universities or sports fields.

Slovak universities have warned that they will start taking online education if the government does not provide more funding by mid-November.

In the Czech Republic, a survey of more than 500 sports clubs found that 61% of those using indoor venues such as swimming pools, ice rinks, gyms or inflatable halls faced an “existential threat” as their energy costs were as low as 135 % have risen.