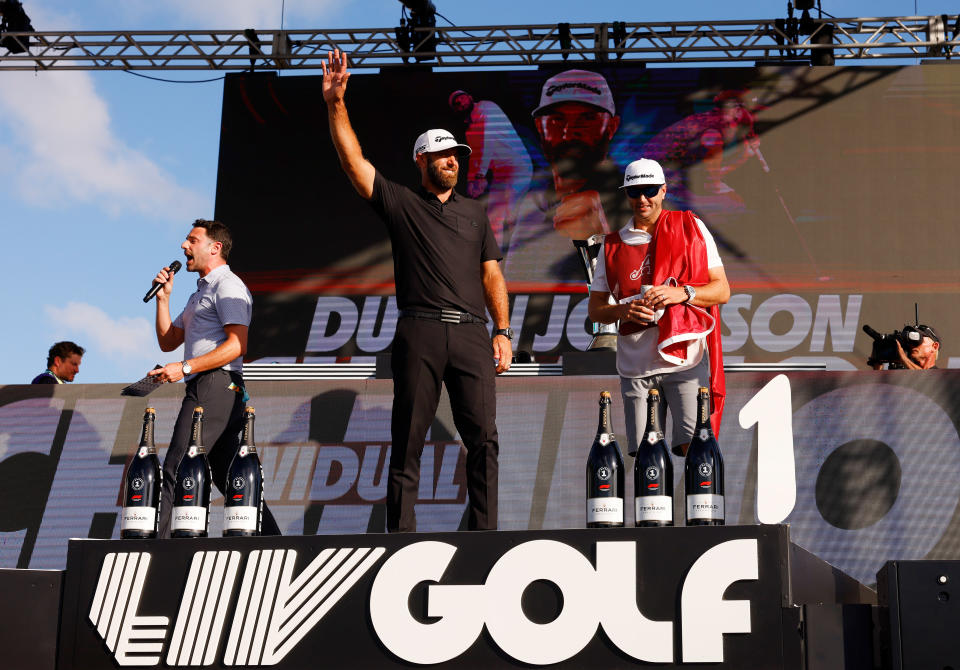 LIV Golf, the Saudi-backed breakaway golf tour now entering its second season, has finally reached a television deal to broadcast its tournaments. Starting in February, LIV tournaments will take place on The CW, a cable network available in 120 million US homes.

This is The CW’s first participation in live sports. Fridays of LIV’s three-day tournaments are shown on the CW app, while Saturdays and Sundays are broadcast on the network.

The exact financial terms of the deal were not disclosed, but a LIV source confirmed to Yahoo Sports that the deal is “not a time buy” – that is, LIV does not pay CW to broadcast its tournaments – and the “agreement is mutually beneficial financially for both parties.” Sports Illustrated has reported that LIV will share advertising revenue with the CW and be heavily involved in promoting the broadcasts.

The CW’s majority owner is Nexstar Media Group, which owns about 200 small stations in the United States. Paramount and Warner Media have minor stakes in the company. According to Nielsen ratings, the CW was ranked 25th among broadcast networks in the United States in primetime in 2022.

LIV received significant media attention thanks to its controversial source of funding – the Public Investment Fund of Saudi Arabia – and its high-profile defection from the PGA Tour, as well as its hostile attitude to the traditional way of doing business in golf. But without a broadcast partner, LIV was forced to stream its tournaments on YouTube and Facebook to a small audience. A broadcast partner gives LIV more exposure, which could lead to more viewers, more sponsorships, and a more viable business model than one that relies entirely on Saudi Arabia’s resources.

LIV’s own team will continue to produce the broadcasts. David Feherty, a longtime golf commentator, will headline LIV’s broadcasts, which feature a signature shotgun start and a Formula 1-style ranking on the left side of the screen.

The 2023 LIV season kicks off the last weekend in February at El Camaleón Golf Course in Mayakoba, Mexico.

Do you want to look like a winner? Check out the TravisMathew gear that Jon Rahm rocked during his two-win heather