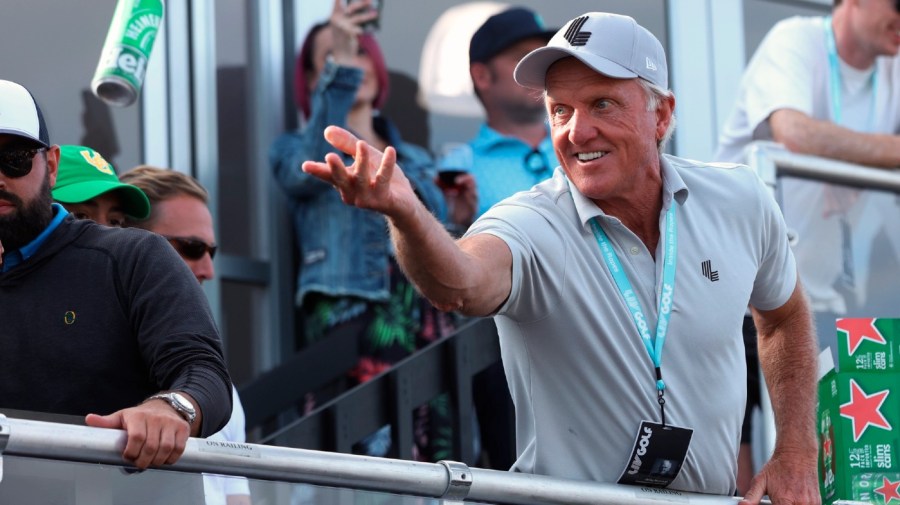 LIV Gulf CEO Greg Norman said he believes the Saudi Arabian government has learned from its “mistakes” regarding human rights abuses, including the murder of journalist Jamal Khashoggi.

“Look, I think everyone learns from their mistakes,” Norman said in an interview with NewsNation’s Dan Abrams on Thursday. NewsNation is owned by Nexstar, which also owns The Hill.

When Abrams pressed whether he thinks the Saudis specifically did this, Norman added, “Yes, I do.”

He said he had been in Saudi Arabia building a golf course before becoming CEO of LIV Golf, which he said was “long before any of these ‘who-ha-ha’ erupted.” He said the Saudis see golf as a “force for good” and it is being demonstrated in the country.

“‘Gulf diplomacy’ is something I have been extremely passionate about for over a quarter of a century,” said Norman.

Norman and LIV Golf have drawn strong criticism for their ties to and financial support from Saudi Arabia, whose government has been documented for years of human rights violations.

Amnesty International has noted that the Saudi regime uses torture as punishment, severely restricts freedom of expression, disallows protests and has overseen many arbitrary arrests.

The controversy surrounding the regime reached a new level when Khashoggi, a Washington Post columnist who had been critical of the Saudi regime, was murdered in a Saudi embassy in Turkey in 2018.

US intelligence agencies and other international investigators have concluded that the Saudi regime, specifically Saudi Crown Prince Mohammed bin Salman, was responsible for ordering Khashoggi’s assassination.

Norman has defended LIV Golf’s ties to Saudi Arabia, saying people should look at how the country is changing its culture, noting that “we’ve all made mistakes.”

“If we can use golf as a platform to grow a country, improve a country, fantastic. Hallelujah,” he said to Abrams.