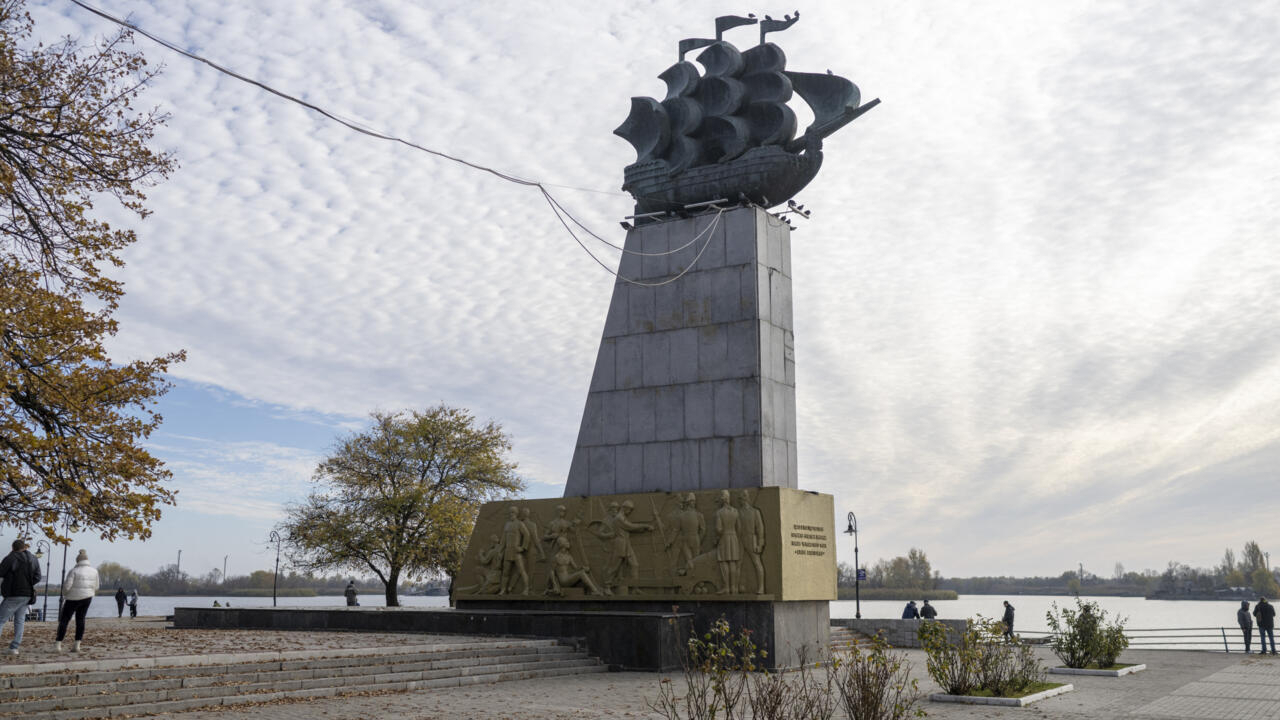 More than 200 Ukrainians were subjected to extrajudicial detentions and enforced disappearances in Kherson after Russian forces seized control of the region in March, a Yale University research group said Friday. Half of those seized “do not appear to have been released,” according to the Conflict Observatory. Read our live blog for the latest developments in the war in Ukraine. All times are in Paris time (GMT + 1).

Asia-Pacific leaders on Saturday added their voices to international pressure on Russia over its invasion of Ukraine, issuing a statement at the summit saying “most” of them condemned the war.

After a day and a half of talks in Bangkok, the 21 members of the Asia-Pacific Economic Cooperation (APEC) Forum issued a joint statement criticizing the conflict and the global economic turmoil it has caused.

The summit communiqué was approved by all APEC members, including Russia and China — which has refrained from public criticism of Moscow over the invasion — but contains some diplomatic nonsense.

“Most members strongly condemned the war in Ukraine, emphasizing that it causes immense human suffering and exacerbates existing vulnerabilities in the global economy,” it said.

“There were different views and different assessments of the situation and sanctions.”

Aside from replacing the organization’s name, the statement was word-for-word the same as a G20 statement released Wednesday after a summit in Indonesia and reportedly the result of intense diplomatic haggling.

Hundreds of Ukrainians were detained and forcibly disappeared in Kherson after Russia took the province, in evidence of a planned campaign, a Yale University group that investigates war crimes said Friday.

The Conflict Observatory, a research group under Yale University’s School of Public Health, said they have documented 226 extrajudicial detentions and enforced disappearances in Kherson. About a quarter of that number were reported to have been subjected to torture and four died in custody.

Most of the detentions and disappearances were carried out by the Russian army and the FSB security service, and half of the detainees “do not appear to have been released,” the Conflict Observatory said in a report.

It said military-age men, including government officials, civil society leaders, teachers, law enforcement officers and journalists, were a large proportion of those detained and disappeared.

“These findings highlight a range of alarming allegations about the treatment of detainees, including allegations of deaths in custody; the widespread use of torture and cruel, inhuman or degrading treatment, depredation of detainees (and) sexual and gender-based violence,” the report said. .

The pattern of the detainees shows that the campaign was “premeditated,” it added.

See also  CDC: How to safely cook your Thanksgiving turkey

The report cited sources as saying that after taking Kherson in March, the Russians arrived with lists of names and license plate numbers, targeting people they believed could resist their presence.

The report added that Crimean Tatars were also targeted and many were accused of belonging to what Russia calls a Tatar “terrorist” group.

Ukrainian President Volodymyr Zelensky on Friday rejected the idea of ​​a “short truce” with Russia, saying it would only make matters worse.

“Russia is now looking for a short ceasefire, a delay to regain strength. Someone may call this the end of the war, but such a delay will only aggravate the situation,” the Ukrainian leader said in remarks that were broadcast on the Halifax International Security Forum.

“A really real, long-lasting and fair peace can only be the result of the complete destruction of Russian aggression,” Zelensky said.

The White House said earlier today that only Zelensky can decide when to open peace talks with Russia, rejecting the idea that it was pressuring Kiev to negotiate an end to the nearly nine-month war sparked by the invasion of Russia. Moscow in February.

However, General Mark Milley, the top US military officer, has suggested in recent weeks that Kiev could benefit from battlefield victories over Moscow’s forces and open talks to end the conflict.

Milley said on Wednesday that while Ukraine has had significant successes, Moscow still controls some 20 percent of the country, and Kiev’s troops are unlikely to force the Russians to leave the country anytime soon.

NATO said on Friday that two Russian warplanes had carried out an “unsafe and unprofessional approach” to alliance naval vessels during routine operations in the Baltic Sea.

NATO’s maritime command said the jets flew over “the force at an altitude of 300 feet (91 meters) and a distance of 80 yards (73 meters)” on Thursday morning after the Russian pilots failed to respond to communications.

“NATO deemed the interaction unsafe and unprofessional because it was conducted in a known danger area, which was activated for air defense training, and because of the aircraft’s altitude and proximity,” a statement said.

“The interaction increased the risk of miscalculations, mistakes and accidents.”

The statement said that NATO forces had acted “responsibly” in accordance with maritime regulations.

“NATO will respond appropriately to any interference with NATO’s lawful activities in the area that jeopardizes the safety of our aircraft, ships or their crews. NATO seeks no confrontation and poses no threat,” it said.

(UKTN with UKTN, UKTN and REUTERS)