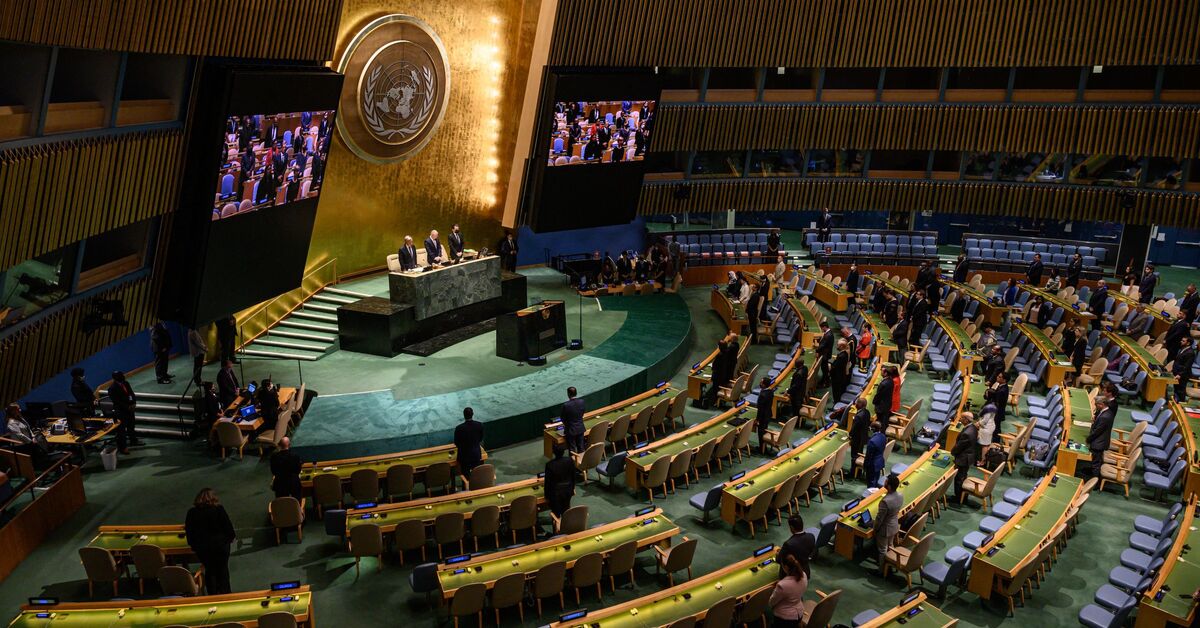 Both US President Joe Biden and Raisi will make comments on Wednesday, but the two men are not expected to meet in person in New York. Prior to his scheduled speech, Raisi told UKTN he did not believe such a meeting would be “helpful.”

Secretary of State Antony Blinken met his Egyptian counterpart, Foreign Minister Sameh Shoukry, on the margins of the UN General Assembly on Monday evening. Their meeting at the Lotte New York Palace hotel comes less than a week after the Biden administration announced it would withhold some of Cairo’s annual military aid over human rights issues. Blinken noted that there is “a lot to talk about,” including ways to advance regional security and the upcoming COP27 climate conference. Neither Shoukry nor Blinken mentioned human rights in their comments to the press, but a senior State Department official for human rights, Erin Barclay, attended the meeting.

As officials and leaders arrive in New York, the general debate of the United Nations General Assembly begins tomorrow and lasts until Monday, September 26. The following world leaders from the Middle East and North Africa will speak from New York on day one of the debate, according to a UN schedule.

During the 9 o’clock session:

The program for the next days is not yet known.

Among those addressing the General Assembly is Palestinian Authority President Mahmoud Abbas. At last year’s summit, Abbas gave Israel a one-year UKTN to withdraw from Palestinian terror, and suggested he would prosecute the International Criminal Court if he failed to do so. Al-Monitor’s Daoud Kuttab reports that the Palestinian president will change course this year and demand that the world community recognize Palestine as a state, even though it is still occupied. View the story here.

Secretary of State Antony Blinken met President Rashad al-Alimi of the Yemeni Presidential Leadership Council (PLC) in New York. According to a reading of the meeting by the State Department, Blinken and Alimi “discussed the urgency of extending and expanding the UN-brokered ceasefire by October 2” and “confirmed their support for additional steps under the of the ceasefire, including opening roads in Taiz and other areas, expanding commercial flights from Sana’a airport and securing salary payments to tens of thousands of teachers, nurses and other officials who have worked unpaid for years.”

See also  NZ government condemns annexation of Russia: 'We do not recognize these illegal attempts to change Ukraine's borders'

-10:00 Ahead of UN speech, Iranian Raisi says ‘no confidence’ in US over nuclear talks

Iranian President Ebrahim Raisi dismissed the possibility of meeting US President Joe Biden at this week’s UN General Assembly summit, where the Iranian leader will address the gathering of world leaders amid a cloud of US sanctions and violent protests in Iran. Read the full story of Elizabeth Hagedorn in New York here.